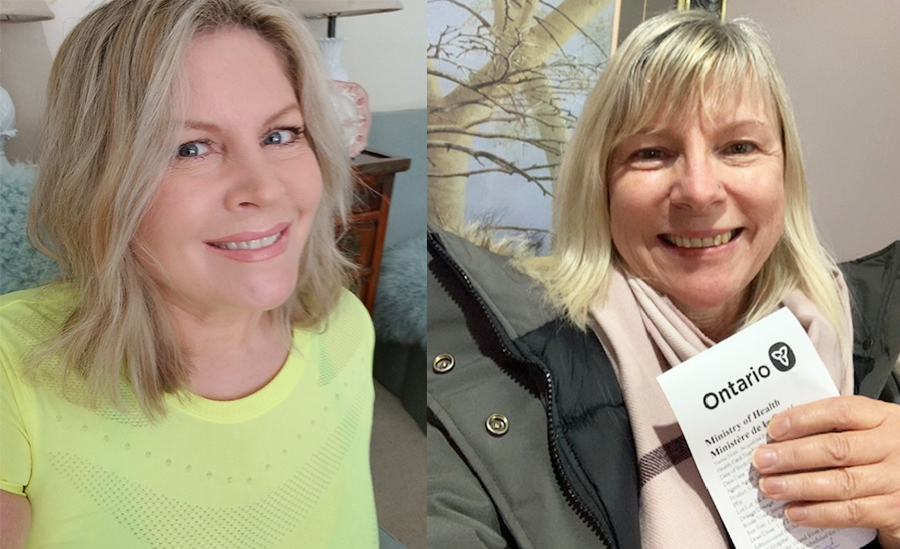 Susie Goulding, left, and Jackie Loree are among thousands of COVID "long haulers" in Canada. They are still suffering from symptoms one year after first contracting COVID-19. Submitted photos

WELLINGTON COUNTY – Jackie Loree wakes up every day wondering when her COVID-19 symptoms will subside.

She’s been dealing with chest pain, shortness of breath and fatigue for a year now.

“I still have symptoms every day,” she told the Advertiser.

The 60-year-old Guelph resident is one of thousands of Canadians suffering from what’s known as long COVID, the less technical name for post-acute sequelae of SARS-CoV-2 infection, or PASC.

These patients, now known as “long haulers,” experience symptoms lasting for weeks or months – and now up to a year – following the initial acute illness.

Loree’s journey began sometime between March 28 and 30, 2020, when she was exposed to COVID-positive patients while working as a respiratory nurse at a Kitchener hospital.

On April 3 she started to experience hip pain and the next day she had a fever, shakes, nausea, body pain, loss of appetite, and gastrointestinal issues.

“It was unlike anything I had ever experienced,” she said.

Loree, who is originally from Arthur, was tested for COVID-19 right away but the results came back negative. Her symptoms persisted and a second test a few days later confirmed she had the virus.

She spent over three weeks in quarantine and tested negative before returning to work, but her symptoms persisted, notably the chest pain and fatigue.

Loree took four months off work and when she returned it was part time and with light duties. Six months later, not much has changed and she’s yet to return to work full time.

“I can function with it, but it’s still there,” she said.

Dr. Daniel Altmann, a professor of immunology at Imperial College London (England), has stated the evidence suggests 10 to 20% of people with COVID-19 experience long-term symptoms.

But those figures may be low, as other studies have stated 50 to 80% of people will continue to have symptoms three months after the onset of COVID.

The U.S.-based Centre for Disease Control and Prevention (CDC) and the World Health Organization (WHO) estimate that one third of COVID-19 patients not hospitalized with the virus do not return to their usual state of health three weeks after contracting the virus. In contrast, the CDC states that almost all outpatients with influenza – over 90% – “recover within two weeks” after a positive flu test.

Loree said she has completed numerous medical tests and consulted doctors, but there isn’t much that can be done, as there is very little known to date about the long-term effects of the virus.

“It’s frustrating … we just don’t have answers yet,” she said.

“We’re still understanding the medium and long-term consequences of COVID and developing an understanding of its morbidity,” he stated.

Tenenbaum noted public health does not keep data on the long-term effects of COVID-19, “However, we, like others, follow the research on this to better understand the burden COVID has on people.”

“It’s the virus that keeps on giving,” Goulding said, reflecting on a year of dealing with myriad symptoms and a dearth of answers from health experts.

She fell ill on March 21, 2020 with a mild sore throat that in several days evolved into “the weirdest feeling of half my throat was paralyzed.” She would choke on fluids and later developed ear pain, severe belching, heart burn, diarrhea, muscle spasms in her chest and other symptoms akin to a sinus infection. 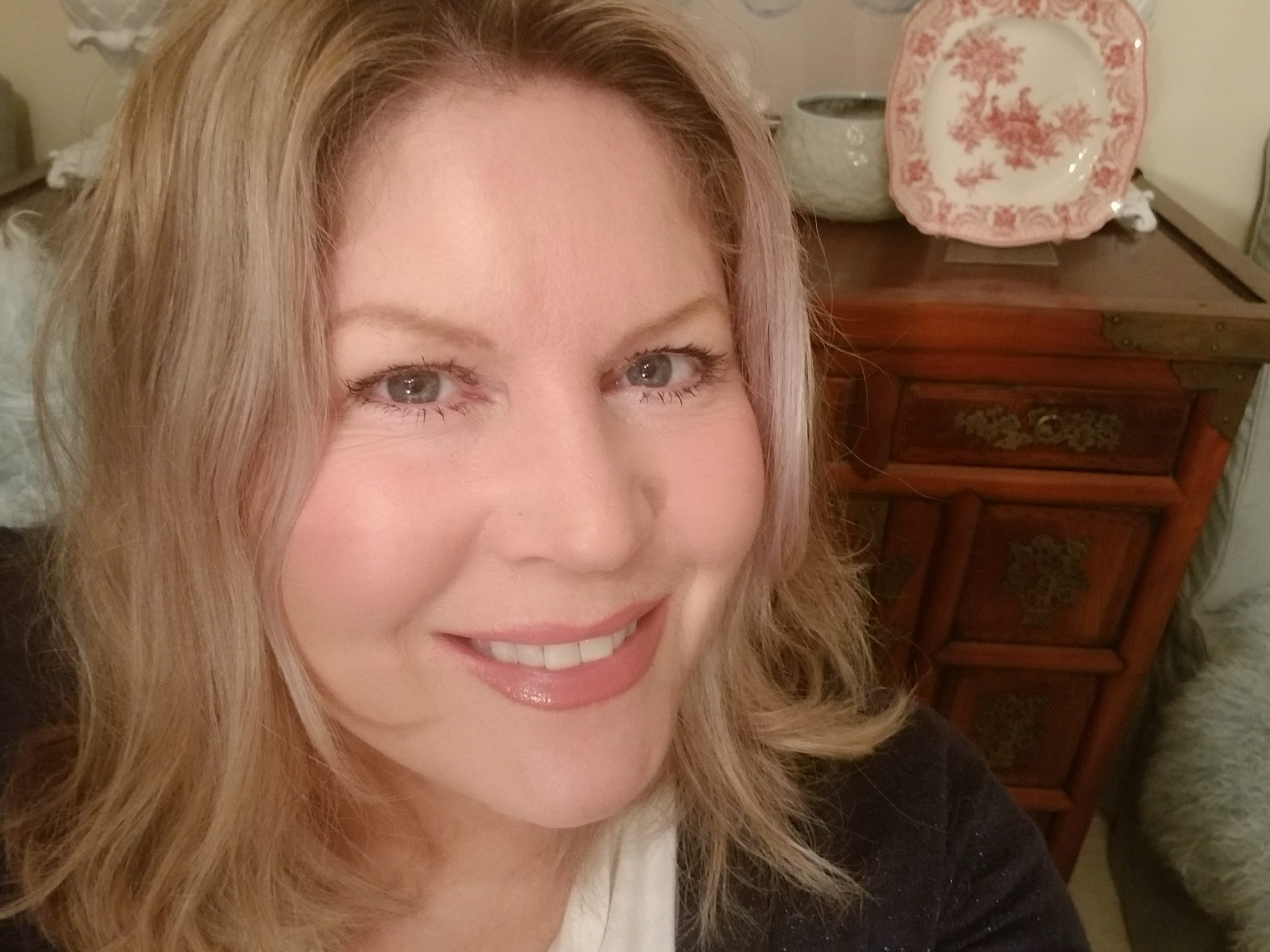 Goulding self-isolated and was not initially tested because her symptoms didn’t meet early testing criteria. Some symptoms persisted for weeks but by the time she was able to get tested her results were negative.

Her struggles, however, were far from over. By June she had developed “debilitating symptoms” such as “severe fatigue to the point I could do nothing.”

Other long-term, persisting symptoms include tinnitus in her ears, tachycardia (accelerated heart rate), gait and balance issues and “a lot” of cognitive problems.

Simple things like riding a bike or driving a car became foreign to her and she sometimes forgets what she’s talking about mid-sentence.

An electroencephalogram (EEG) test completed at her own expense in December showed her brain was operating at about 9% of its concentration and memory capacity, Goulding explained, noting an average person operates at 75 to 100%.

“It’s like the disease is taking over your body,” she said.

Despite a clinical diagnosis from her doctor, Goulding said like many COVID long haulers, she found it extremely difficult to get help or even get insurance coverage.

She can no longer work as a floral designer and ski patroller and has difficulty just trying to play with her 12-year-old son.

“It’s life changing and my quality of life is nothing like it was a year ago,” she said.

“My life has been flipped upside down. I’ve had to give up everything because of COVID … it’s been a hell of a ride.”

Its a familiar refrain in long-hauler circles.

“It’s ruining all of our lives but on different levels,” said Loree. She explained she used to be an avid swimmer, but most days she is so tired just going to the grocery store is a challenge.

“I certainly can’t do everything I used to do,” she said, adding ongoing health issues “take quite an emotional toll” as well.

When will it end?

One year in and with no indication when her symptoms will subside, Goulding acknowledges it could be a lifelong struggle, but she remains hopeful.

She stressed many members of the support group are active/athletic, and age and previous health issues are  not determining factors.

“The one thing that’s real and true about this virus is that no matter how healthy or active you may have been, there’s no guarantee you will be okay coming out the other end of this,” she said.

Asked about the prospect of her symptoms dragging on for years – or forever – Loree said, “I’m trying hard not to think about that and take it day by day.”

Adding, “I am very grateful to be alive and to be able to educate people,” she remains  optimistic.

Goulding said dealing with long COVID symptoms is exacerbated by government and health officials who refuse to acknowledge long haulers in pandemic data.

She is one of several advocates calling on officials to change cases currently classified as “recovered” or “resolved” to “non-infectious” cases.

“It needs to change,” she said, noting that leaving out long haulers “creates a false sense of security.”

Others Goulding and Loree hope to educate are those who try to downplay the virus.

“Even if you have a mild case it can come back to haunt you,” said Goulding.

Tenenbaum agreed, noting “there are many different kinds of outcomes.

“Some people have short-lived symptoms while others have long-lasting symptoms; for some they may be a nuisance, while for others they can be debilitating,” he said.

As a nurse, Loree said she wants to keep people safe and educate them.

“We’re trying to change peoples ideas and perceptions about this,” she said, adding masks, distancing, isolating and vaccines are all effective ways to combat the virus. 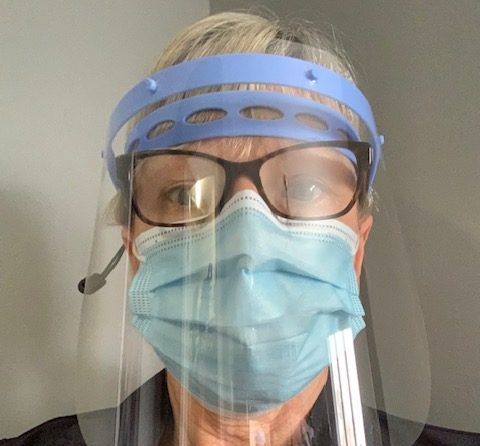 Jackie Loree, working as a nurse in Kitchener. Submitted photo

Tenenbaum agreed and noted there’s no guarantee people will get a mild case of COVID, despite their age.

“We have seen young people be hospitalized, for example,” he said, adding, “even if your symptoms aren’t bad you can pass it on to people who will suffer more.”

Goulding said she’s learned firsthand COVID-19 is “a really bad virus and you don’t want to get it.” She added tempting fate is like playing Russian roulette.

“Which version of the virus are you going to get?” Goulding asked, referring to severity as well as COVID-19 variants that Tenenbaum says are more contagious and potentially more deadly.

The lack of treatment options is a major concern for Canadian long haulers.

In the U.K. there are over 80 rehabilitation clinics for long haulers and anyone can get in, Goulding explained.

In Canada there are only seven facilities and they require a positive COVID-19 test or a positive anti-body test, she said.  Plus, the Canadian facilities are research focused, which is great, but they don’t offer rehabilitation, she added.

She has started an online  petition with close to 23,000 signatures calling on the government to recognize long haulers in COVID-19 data and also provide more funding for research and inter-disciplinary rehabilitation.

Despite already contracting the virus, Loree and Goulding have been vaccinated. And both are involved with ongoing long COVID research.

Goulding is part of a case study at a wellness centre and Loree is part of national long hauler research with The Canadian COVID-19 Prospective Cohort Study (CANCOV). The study, led by Dr. Angela Cheung and Dr. Margaret Herridge, is billed as the first in the country “to provide a comprehensive evaluation of early to one-year outcomes in patients with COVID-19 and their family caregivers.”

It includes 2,000 patients (1,000 hospitalized and 1,000 non-hospitalized) and 500 caregivers from Quebec, Ontario, Alberta and British Columbia.

“Whether it helps me or helps other long haulers, at least I’m trying,” said Loree.