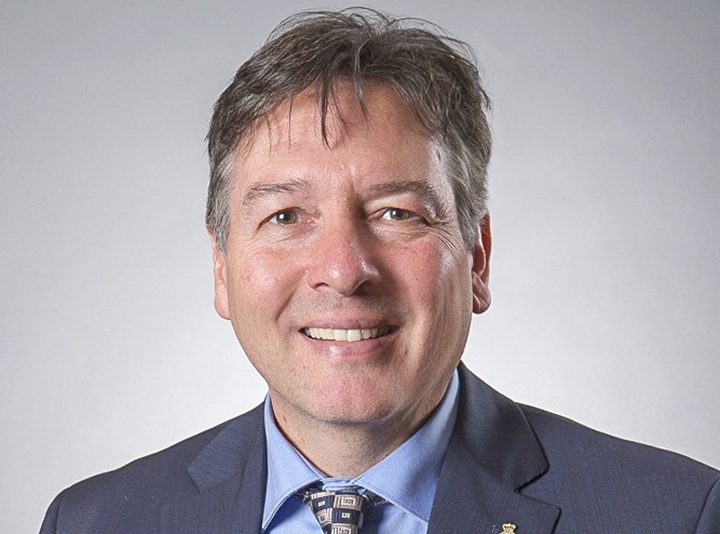 ERIN – Integrity commissioner Guy Giorno has determined county councillor Jeff Duncan did not contravene a councillors’ code of conduct following a four-month investigation costing the county $16,416 as of Jan. 24.

Across 55 pages of material consisting of emails and photos, Goyeau stated the councillor breached sections one, two and five of the code, prompting commissioner Giorno, also a lawyer with Fasken Martineau DuMoulin LLP, to launch an investigation.

All the allegations were dismissed by Giorno as being unfounded and unsupported by evidence.

The crux of most of Goyeau’s varying complaints come back to the Hillsburgh county library branch, where, in 2020, a commemoration to Erin’s historical Station Street Bridge was opened, along with a new Station Street bridge.

Remnants of the historic bridge, salvaged following a decision by the town to replace the decrepit crossing, are alleged by Goyeau to have been improperly gifted to the county — the county connection being the library branch property — thanks to Duncan’s advocacy and involvement at the time on Erin’s heritage committee.

According to the commissioner’s report, Goyeau believed the historical remnants should have been surrendered to the museum curator in line with a code of conduct requirement for dealing with “gifts”.

But it was stipulated in a memorandum of understanding with the county’s library board, according to the report, that the bridge remnants were in fact owned by the town and “not the county’s responsibility.”

Goyeau and Duncan both sat on the heritage committee for several months in 2018 before Goyeau resigned following Duncan’s successful election to county council.

In a Jan. 19 phone call with the Advertiser, Goyeau professed that the “laissez faire” nature of the committee allowed staff and councillors to exert too much influence on how money was spent with “blurring and overlap” between the roles of councillor, committee member and volunteer.

Duncan acknowledged preparing a report on the project and speaking to the library board about it, but emphasized to the commissioner that decisions were made by staff and council.

In June of 2020, the Library Board endorsed the location for a “Commemorative Heritage Interpretive Area” at the Hillsburgh library and directed county staff to work with Erin staff to work out details.

Duncan resigned from Erin’s heritage committee in July of 2020 but continued to be involved with the project with the approval of Erin’s director of infrastructure, drafting the text that would later appear on accompanying signage.

Goyeau took her complaint about Duncan’s involvement with the project a step further, alleging Duncan was a “party to a private agreement” to receive “gifts” of “time, labour and material” from Bronte Construction and Triton Engineering Services, which offered their services free-of-charge to accomplish the commemoration project.

Duncan rejects the suggestion of a private agreement, the commissioner’s report states.

The commissioner found Duncan had no agreement with either firm and stated the engineering firm first contacted the councillor “to discuss a possible commemoration.”

Triton Engineering did not respond to a request for comment by the Advertiser.

Giorno also stated in his findings that the bridge remnants – “if they were gifts at all” – were gifts to the town, not to the councillor or county.

Goyeau also questioned if Duncan was in cahoots with organizations who would benefit from the councillor’s county connections to create an “interconnected trail network” linking the bridge commemoration to the Elora Cataract Trailway.

Goyeau was quoted in the report stating she believes the councillor is using the Let’s Get Hillsburgh Growing Committee (of which he is a current member) as a smokescreen to further the “functions” of the Elora Cataract Trailway Association (ECTA) “through the Town of Erin and his role as county councillor.”

She also suggested Duncan “may be part of a hidden executive/board member” of the Credit Valley Conservation authority (CVC), which partially owns the trail, or the trailway association which looks after it.

Much to-do was also made by Goyeau of online photos picturing Duncan at an ECTA-organized tree planting.

Photos of association volunteers were taken down from the ECTA website following “personal safety concerns” raised because of Goyeau’s attempts at identifying pictured individuals, according to a CVC email excerpt included in Giorno’s report.

“[Duncan] has no connection to the Credit Valley Conservation authority or the Elora Cataract Trailway Association,” the report states.

There are six additional complaints listed in the report that Giorno declined to look into, citing a lack of relevance to the code of conduct, the expense of resources against the benefit of an outcome, merit, timeframe, and personal discretion.

One complaint Giorno declined to investigate involved Duncan including the title of “county councillor” in a Feast of Hops sponsorship advertisement.

“While I am concerned that reference to an official position with the county is placed above what appears to be a political campaign logo from Mr. Duncan’s 2018 election campaign … I exercised my discretion not to inquire into this allegation because I believed the resources expended in inquiring would be disproportionate to the significance of the matter,” Giorno offered as justification.

Other complaints the commissioner declined to address fell outside of the scope of the commissioner, who is limited to making a decision on whether or not Duncan breached the county’s code of conduct.

The report in its totality is incomplete, Giorno admits, explaining “it is impossible to compress into this written report all the information and all the arguments that the parties made,” but he emphasized all material received had been “reviewed” and “carefully considered.”

An unnamed lawyer was also delegated by the commissioner to interview Goyeau and Duncan and make an in-person visit to an unspecified Hillsburgh property relevant to the investigation, all at a cost of $1,817.

Duncan maintains that he is an “enthusiastic heritage advocate” motivated by an interest in heritage and history and not personal or financial gain. He maintains his “actions were carried out in the natural course” of his duties as a county councillor.

The commissioner concluded the 25-page report by stating, “I find no contravention of the Code of Conduct.”

Goyeau confirmed a copy of the report was emailed to her in November.

The commissioner responded at length to an email from the Advertiser stating: “Anything that I have to say is contained in the report” and later explained commissioners cannot explain, elaborate, defend or provide additional commentary.

“It would be improper for me to engage in such a discussion,” Giorno stated.

An involved party can address their concerns to municipal councils who make decisions based on a report. A party can also seek judicial review with a divisional court.

“An integrity commissioner is answerable to the municipal council and ultimately to the Divisional Court,” Giorno stated.

“At the end of the day,” Goyeau said, “I think my questions and concerns are: ‘How are things being done? Are they being done above board? And are they following a due process that’s accountable and transparent?’”

Asked if she would go through the process again, she said “no” and is now trying to put the issue out of her mind.

In a prepared Jan. 14 statement to the Advertiser, Duncan said the commissioner’s report was “extensive and thorough” and he would “not be providing additional comments.”