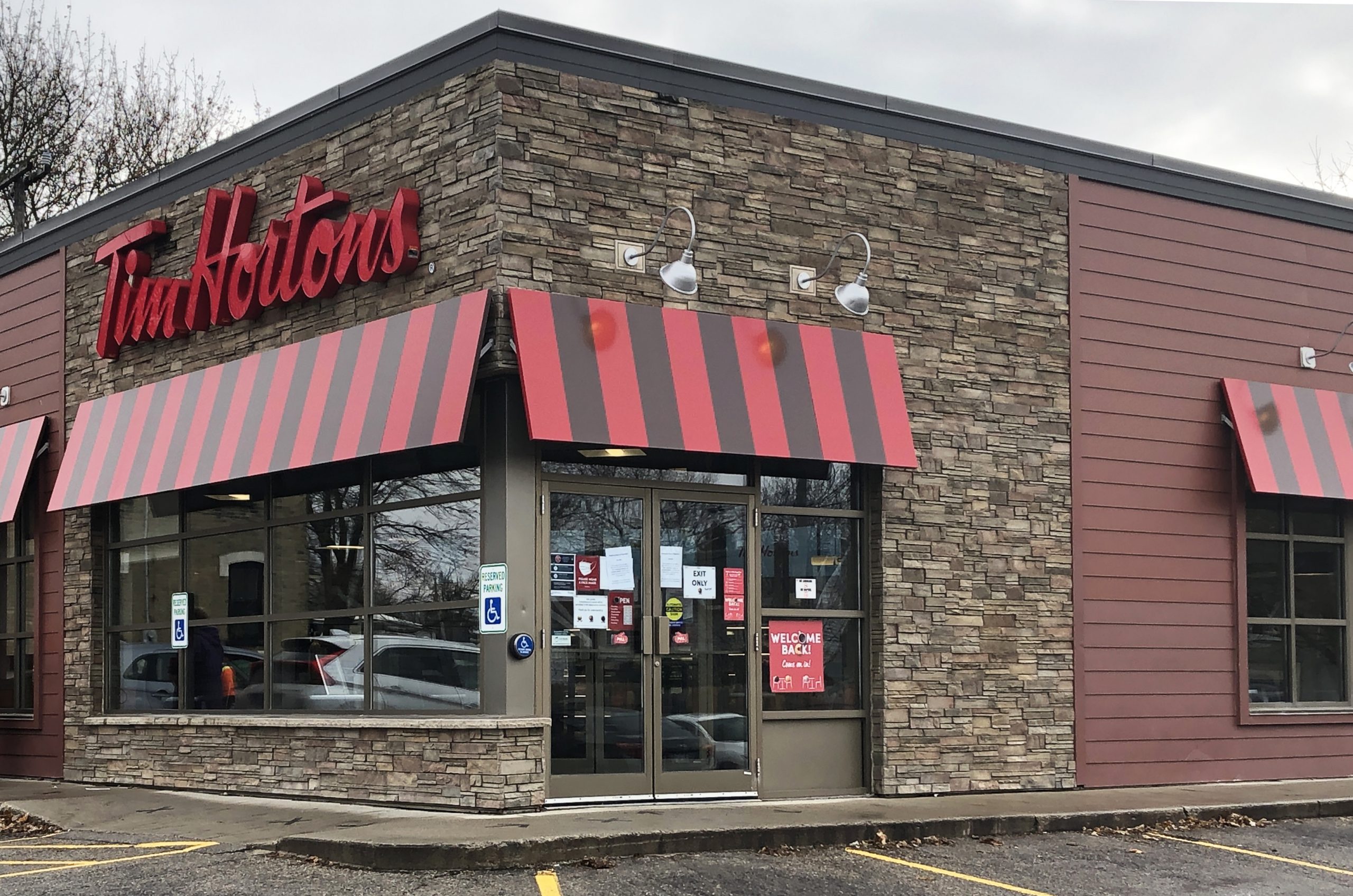 MOUNT FOREST – The Tim Hortons restaurant here is closed, due to an employee testing positive for COVID-19.

On Friday, drive-thru service was continuing at the restaurant, where a sign on the door stated “Our in-restaurant service is not currently available.”

By Saturday, the drive-thru service had been discontinued as well.

The sign initially indicated the restaurant will resume regular operating hours and service on Nov. 22. It has since been updated to state the reopening is delayed until Nov. 27.

The Mount Forest Chamber of Commerce posted on Facebook that a worker at the restaurant tested positive for COVID-19.

“Tim Hortons has taken all the necessary measures moving forward by putting all staff on a 14-day quarantine,” states the Nov. 13 chamber post.

“A temporary staff has moved in for the time being, however, it will be drive thru only with reduced hours of 6:30am till 8pm.”

Calls to the restaurant by the Advertiser  were not answered and Tim Horton’s officials have not responded to emails seeking further information.

On Nov. 16 Wellington-Dufferin-Guelph Public Health communications manager Chuck Ferguson stated in an email that the closure was initiated by Tim Hortons’ management, not under the direction of public health.

Ferguson stated the store  “reopened after completing a deep clean, again, not directed by Public Health.”

Ferguson said the affected employee was “was not working during their infectious period and there were no high risk contacts.”

Ferguson also noted the same individual worked at the Mount Forest Dominos Pizza outlet, “but there were deemed to be no risk contacts in this establishment due to the infection controls in place (face coverings and physical distancing).” 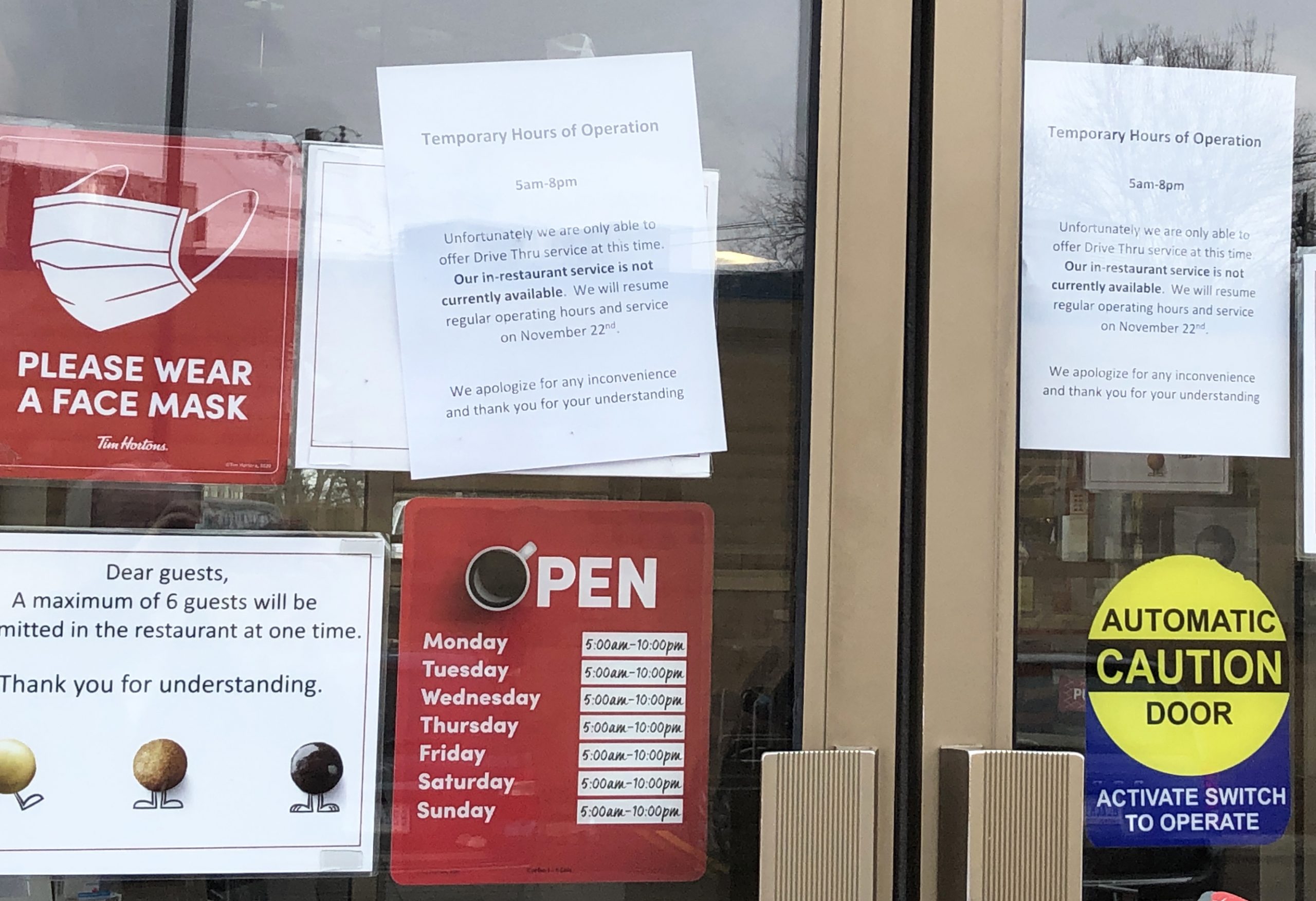