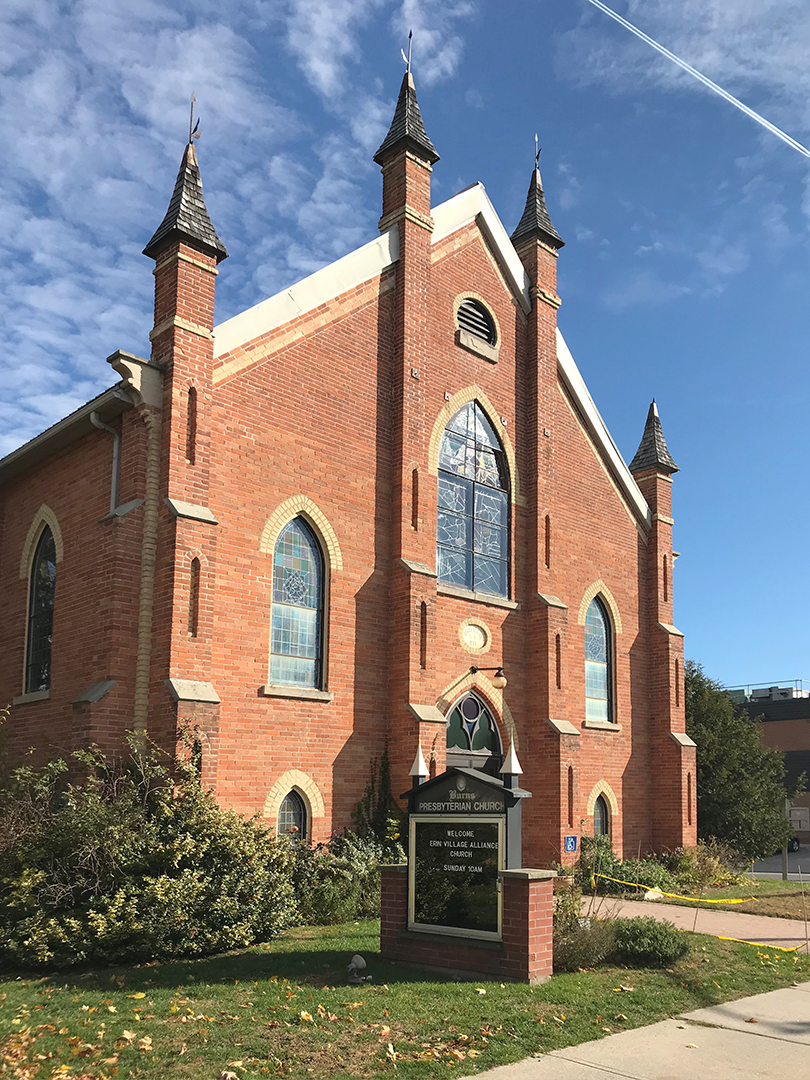 ERIN – The former Burns Presbyterian Church at 155 Main Street now has the protection of a heritage designation.

Town council voted in favour of a designation in December, but had to wait until the plan was officially advertised, to see if there were any objections during a 30-day appeal period.

With no objections received, council passed the designation bylaw on Feb. 4.

The process had been promoted by councillor Jamie Cheyne and county councillor Jeff Duncan, co-chairs of the town heritage committee.

Duncan thanked the committee, town staff and town council for their support.

“I commend the congregation and elders of the Burns church for making the decision to obtain a formal heritage designation – this was very progressive,” said Duncan.

A heritage evaluation by MHBC heritage planner Rachel Redshaw found the 1881 landmark building to be of significant interest, not only for its artistic design, but also for its historical links with the McMillan pioneer family that helped establish Erin village.

The designation will be registered with the property so that future owners will not be allowed to demolish the structure or make substantial changes to the exterior.

It is currently home to Erin Village Alliance Church.

The Burns congregation held its last service at the church in June 2018 after 170 years together, including 137 years in that building. The congregation merged with St. Andrew’s Presbyterian Church in Hillsburgh.