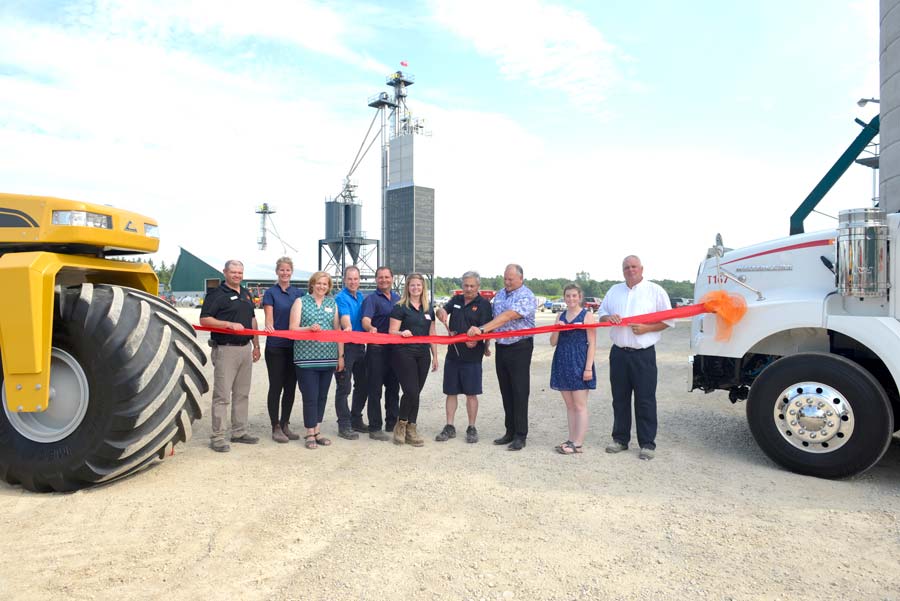 A leading independent farmer-owned co-operative in the Canadian agricultural sector, Hensall Co-op celebrated with an open house and plot tour.

Attendees were given the opportunity to tour the new state-of-the-art fertilizer blender that can blend up to 750 MT in an hour.

This was followed by the official ribbon cutting ceremony attended by various levels of government.

Hensall Co-op CEO Brad Chandler spoke to the crowd about the key role the co-operative plays in growing agriculture in Ontario.

“Politics aside, Canadian food stuffs are sought after because consumers around the world are confident in their quality,” said Chandler.

“The market for plant-based proteins is expanding and the consumption of meat in developing countries continues to grow.

“We want to see the Canadian farmer gain from this opportunity and that is why we are focused on growth. This investment was made in our eastern frontier.

“We recently entered the market in Tilbury and Harrow to the south. To the west, we have added a processing facility in Manitoba to improve our value stream to get to the Asian market.”

Chandler also congratulated the team on completing the facility on time in tough circumstances.

“We believe that this is a fantastic facility with innovative equipment and the best employees,” he said.

“The fact that it was completed in time, despite the challenge of a winter build following a wet autumn, is a testament to what we can offer to add value to your farms. It’s not just the tower – we have new concrete in the warehouse, new liquid fertilizer capability and an office.Thank you to Neil Driscoll and the entire Drayton team for your dedication throughout Plant19 – it’s one we will all remember.”

Founded in 1937, Hensall Co-op is 8th largest non-financial co-operative in Canada, with over 6,000 member owners and more than 30 owned locations in Ontario and Manitoba.