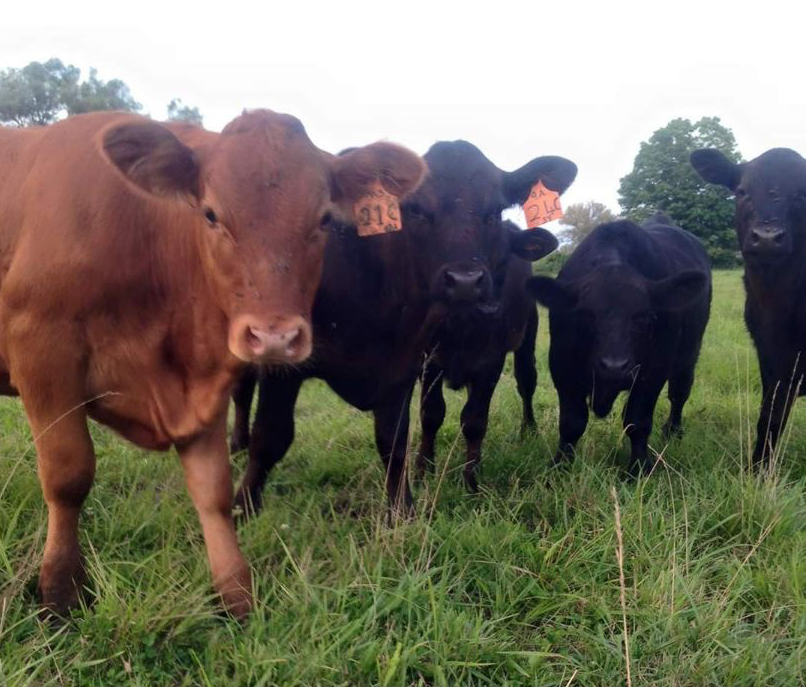 WELLINGTON COUNTY – Wellington-Halton Hill MP Michael Chong wants farmers in the area to know that help is on the way.

Chong said on March 25 that in the past week the Canadian Food Inspection Agency (CFIA) has reduced the number of inspectors it is deploying over concern for COVID-19.

As a result, production has showed down at processing plants, which must have CFIA inspectors on-site in order to operate.

The problem affects primarily pork producers, but beef farmers have a similar problem and, to some extent, dairy farmers do too, Chong said.

In a phone interview, Chong said he’s been hearing from farmers and wants them to know he raised their concerns in the House of Commons on March 25, and the government has said its is aware of the issue and devising a plan to help.

“I raised it in the House of Commons and the government indicated they are on it and they will have a solution shortly,” Chong said.

Organic pork producer Jamie Israel said his family’s farm in Mapleton Township hasn’t yet experienced delays, likely because the bulk of its product is bound for the U.S.

But for large operations focused primarily on the domestic market, delays could be a major problem, Israel told the Advertiser.

“It’s a very difficult position for producers to be in,” he said.

“The pigs keep on backlogging and the bills keep coming, but the cash flow stops.”

Beef farmer Joe Hill of Centre Wellington said he has not personally had issues with processing delays, but he’s aware of the problem.

“I’m hearing guys are getting stalled … That’s not a good sign,” said Hill, past president of Beef Farmers of Ontario.

He explained that during delays, farmers have to keep feeding livestock and they will make less money after getting hit with discounts on heavier animals.

Plus, delays will also prevent farmers from bringing in new cattle, which “just pushes everything back.”

“If it’s a short-term situation we can get through it,” said Hill, adding there could be more serious problems if the issue is not resolved within a fews to a month.

Like Chong, Black is confident government officials are addressing the matter.

“I think they’re trying their darnedest,” he added.

“I want to take this opportunity to say thank you to farmers and others in the agri-food industry and value chain who ensure that we have a continuous supply of food even in these uncertain times,” Black said on March 25 during the Senate’s review of the federal government’s COVID-19 emergency response bill.

Israel said it is vital during the COVID-19 pandemic that the entire value chain be working.

“We’re going to do our best to keep the population fed,” he said.

Chong, in a message to all Canadians, said the government has deemed food production an essential service and the production and distribution of food is a priority.

“Our food system is safe and secure. There are no food shortages,” he stressed.

The federal government has decided to allow Temporary Foreign Workers (TFW) to enter the county despite border restrictions implemented due to COVID-19.

“Many large livestock operations depend on the foreign worker program for general labourers, as well as the horticultural industry,” said Harrop.

“The added flexibility of expanding the length of the employment term from one to two years is welcome as the administrative burden on farm businesses to apply for the TFW is significant.”

About 60,000 temporary foreign workers – mostly from Mexico, Guatemala and Jamaica – come to Canada annually, and about 20,000 to Ontario.

While exact numbers are not available, Harrop said, Wellington County “does have a small number of temporary foreign workers” on farms.

“The impact for agriculture is much larger in the horticultural/greenhouse industry where a large number of Seasonal Agriculture Workers are employed,” she explained.

“As agriculture is essentially a manufacturing business, and depends on supply chains that are at risk of being interrupted, temporary foreign workers that are employed within businesses that support the agricultural supply chain (such as) food processing, food transportation, and equipment manufacturing are very important within Wellington County.”

The government has stated it will work closely with employers to ensure protocols are in place for workers upon their arrival in Canada, to avoid any health risks

Black, who said he has discussed the TFW program with Bibeau, added foreign workers will have to undergo a 14-day isolation period before starting work.

He didn’t expect that would create a big problem, noting many farmers using the program have accommodations on their property.

The federal government has announced several programs to help farmers and others in the agri-food sector cope during the COVID-19 crisis.

Among them is support for Farm Credit Canada that will provide an additional $5 billion in lending capacity to producers, agri-businesses and food processors.

“This will offer increased flexibility to farmers who face cashflow issues and to processors who are impacted by lost sales, helping them remain financially strong during this difficult time,” states the government website.

Black welcomed the move as “good news” during his March 25 remarks in the Senate during a review of the federal COVID-19 emergency response bill. However, he also expressed some apprehension about the plan.

“These are additional loans to farmers that will need to be paid back,” said Black.

“This deferral may cause serious hardship when it’s required to be paid back. Workers in other industries have increased access to Employment Insurance which, rightfully, they do not have to repay, but our farmers will just have to pay their loans back.”

The federal government has also announced a “stay of default” for all farmers who have an outstanding Advance Payments Program (APP) loan due on or before April 30. The stay will provide an additional six months to repay the loan.

Government officials say it will “provide farmers the flexibility they need to manage their cashflow when facing lower prices or reduced marketing opportunities.”

Farmers with interest-free loans outstanding can apply for an additional $100,000 interest-free portion for 2020-21, as long as their total APP advances remain under $1 million.