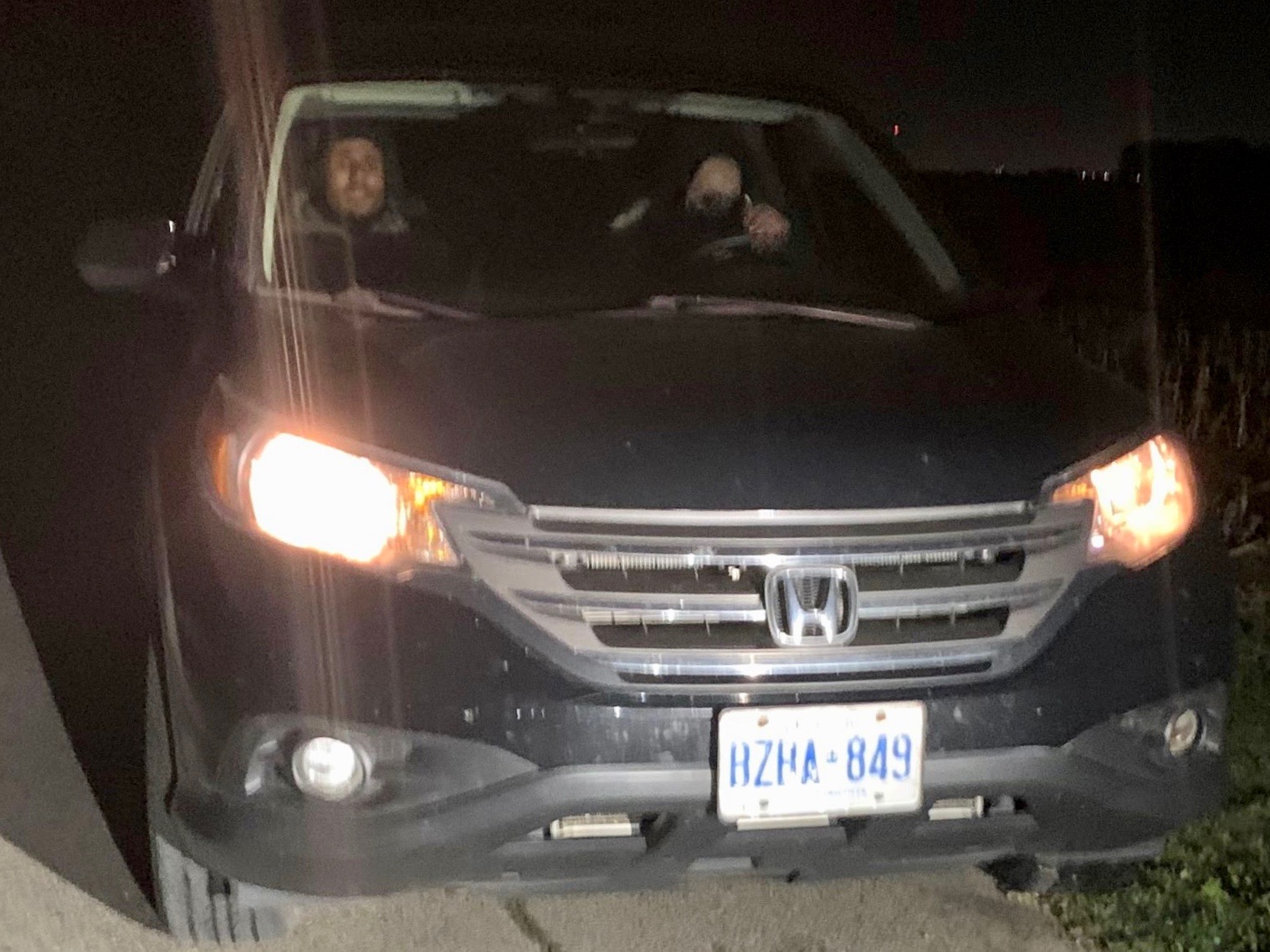 This stolen vehicle rammed a vehicle parked in the driveway of a Guelph-Eramosa resident early on Oct. 14. Submitted photo

GUELPH-ERAMOSA – Police have now charged a man and woman from Guelph after two people tried to steal a vehicle and then rammed into it when confronted by a homeowner.

On Oct. 14 at about 5am, Wellington County OPP responded to an attempted theft call at a residence on Woolwich-Guelph Townline in Guelph-Eramosa.

Police say the homeowner noticed two suspicious vehicles on the property at about 4:30am.

“It was reported that one of the suspects was attempting to enter a parked vehicle in the driveway,” police stated in a press release.

The suspects fled in the two vehicles after being confronted by the homeowner.

One of the vehicles, a black Honda CRV, rammed the homeowner’s vehicle several times before fleeing, police say.

It was driven by a woman, with a man in the passenger seat.

Both vehicles were reported stolen on the same date and have since been recovered, police say.

She was held for a bail hearing and is to appear in Guelph court.

Benn Douglas Witteveen, 26, of Guelph, was charged with failing to comply with a probation order, possession of stolen property and trespass at night.