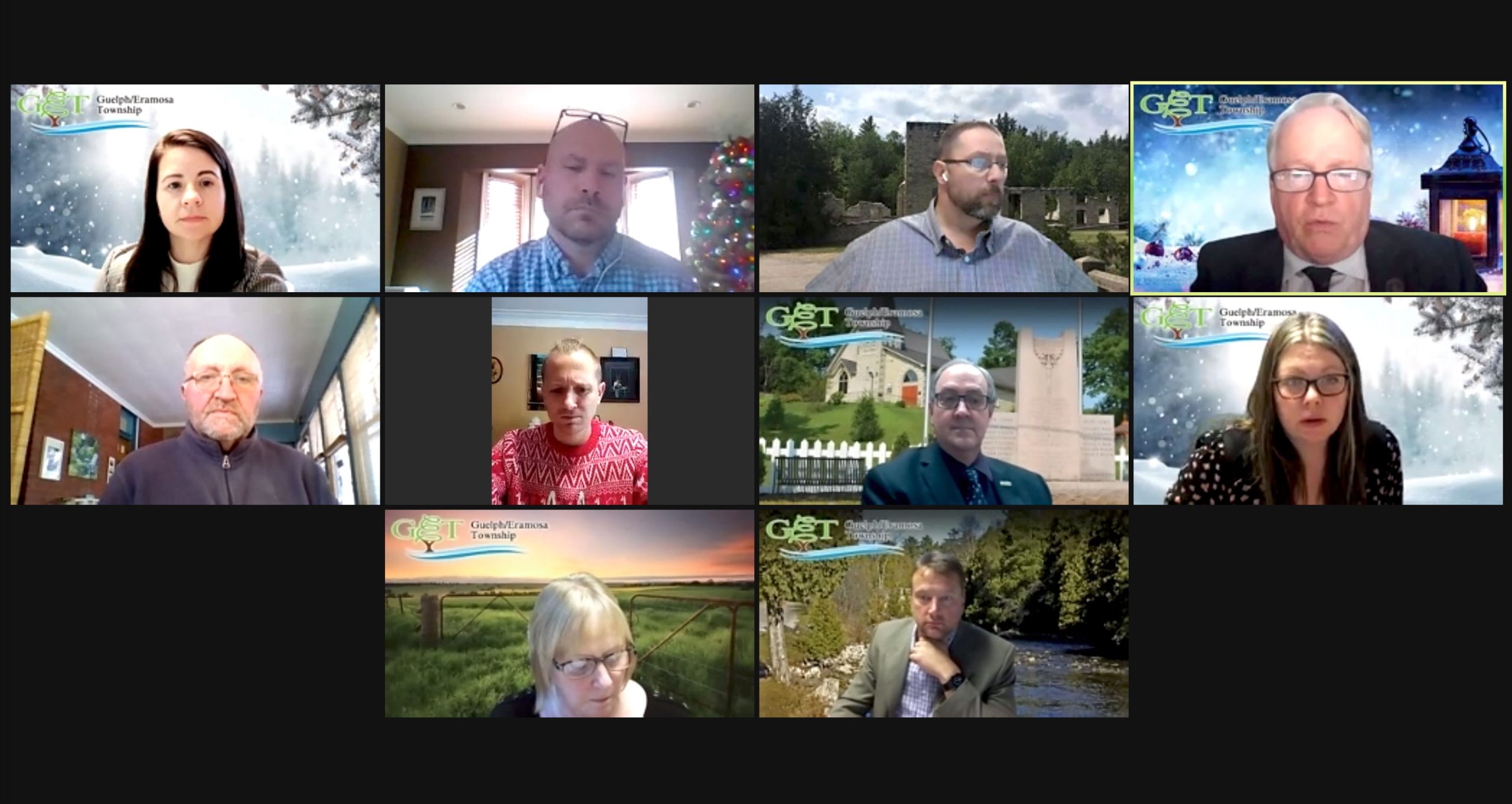 Township of Guelph/Eramosa municipal office will remain closed to the public, despite the initially-anticipated reopening in the new year. (Screenshot from Dec. 20 meeting)

GUELPH/ERAMOSA – Following a rise in COVID-19 cases and considering direction from public health, the Township of Guelph/Eramosa municipal office will remain closed to the public.

Previously township officials had planned to reopen the office, which was initially closed in March 2020 in response to the COVID-19 pandemic, in the new year.

“We were making our plans to reopen the office for the public to come in starting January the 3rd,” Roger explained.

“Now, in the past week with what’s gone on with the explosion of the Omicron variant, the emergency declarations that were to end at the end of the year aren’t going to be ended now.”

After announcing to council in October that 100 per cent of township staff is two-dose vaccinated, officials decided to move towards reopening its municipal office to the public in the new year.

As of Dec. 19, the Province of Ontario implemented a number of new restrictions, including reducing capacity by 50 per cent in places like restaurants, gyms, bars and shopping malls.

“It hasn’t had a significant impact we can see over the Christmas holidays in terms of what that means for the [Royal Distributing Athletic Performance Centre] but that’s not to say there couldn’t be further restrictions,” Roger explained to council.

“It’s very fluid right now so we have basically gone back to the way we were operating before Labour Day of this year, with as few people as possible in the office,” Roger noted.

Both Centre Wellington and the Town of Erin also recently announced their municipal offices would be closing to the public due to the rise in cases.

Roger said himself, along with Mayor Chris White, will likely be going back to weekly calls with the county to “see how this develops or changes for the next two to three weeks over the Christmas holidays to see where we need to go in January.”

“We’ll get through the holidays and see if we need to make any changes coming out,” White said.

Councillor Mark Bouwmeester said, “I think overall we’re following the guidance, we’re just following the direction from people like public health and the province, so hopefully into the new year we come out of this and quickly get back to normal.”