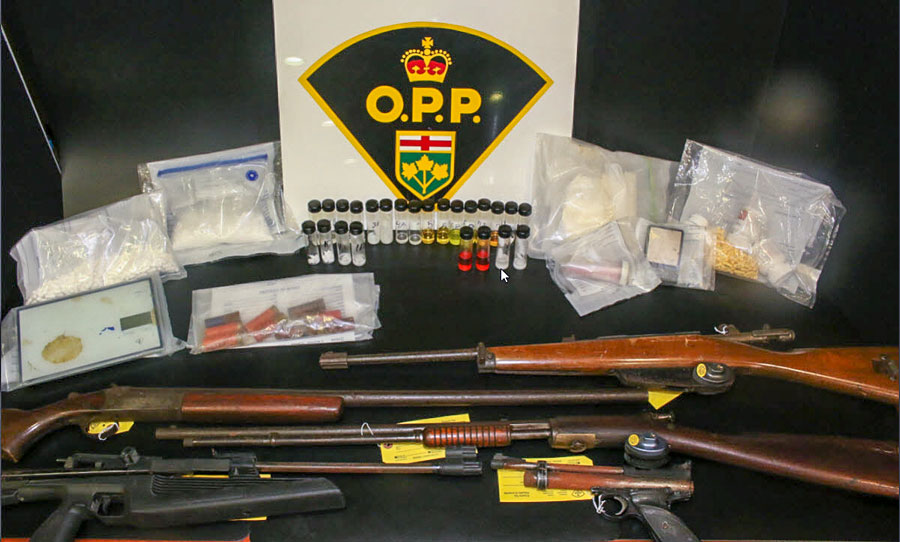 On July 16 at about 1:30pm, Wellington County, Grey-Bruce and West Region OPP officers executed a search warrant at a house on Wellington Road 32 near Highway 7, west of Guelph.

“During the execution of the search warrant, a clandestine synthetic drug laboratory was discovered within the residence,” police stated in a July 21 press release.

OPP specialty units dismantled the lab with help from the Guelph Fire Department, Office of the Fire Marshal, Guelph-Wellington Paramedic Services and the hazardous material team.

Police say their search uncovered “a quantity of illicit drugs in various stages of completeness, including a bulk amount of finished product,” as well as “trafficking materials,” four guns, and stolen property.

Peter Schmidt, 50, of Guelph-Eramosa, was charged with: