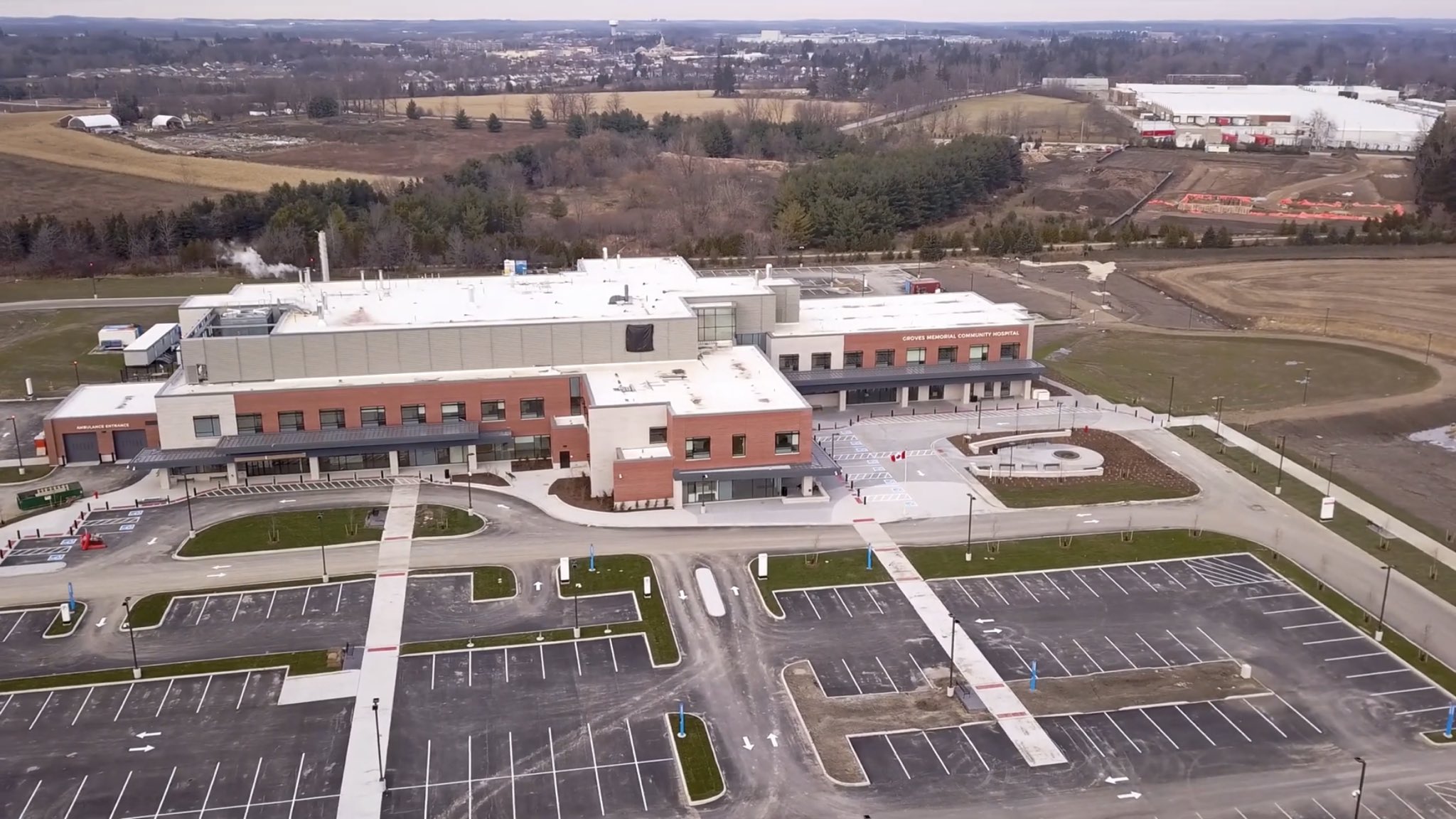 ABOYNE – Officials say the new Groves Memorial Community Hospital “has reached substantial completion” and will open in about four or five months.

“With the achievement of this major milestone, the hospital will have full access to, and control of the building,” stated Groves president and CEO Stephen Street in a Feb. 27 press release.

“During the next few months, the contractor will complete remaining minor construction deficiencies, and staff will begin preparing for occupancy.”

An official opening is not yet scheduled, but Street expects it will be held “in late spring or early summer.”

Jill Schitka, vice president of patient services and chief nursing executive, said between now and then doctors and hospital staff will undergo orientation and training.

“Simulations of real-life patient care scenarios will be conducted as a test and practice to see how the teams will work in the new environment,” stated Schitka, adding staff will focus on changes in space, workflow, processes, technology and equipment.

“We will ensure everything works smoothly for opening to ensure safe delivery of patient care.”

The new 152,000-square-foot facility is located on 30 acres of land between Fergus and Elora, behind the Wellington County museum.

Its emergency, diagnostic imaging and ambulatory care departments will be twice the size of the current Groves hospital in Fergus, with enough parking to accommodate 320 vehicles.

“A tremendous amount of staff effort has gone into achieving this stage of the project, and the board of governors wishes to thank everyone involved,” stated board chair Jackie Ranahan.

“We also wish to acknowledge and thank our community and the generous support to our fundraising efforts to date.”

For more information about the new hospital visit www.newgroves.net.