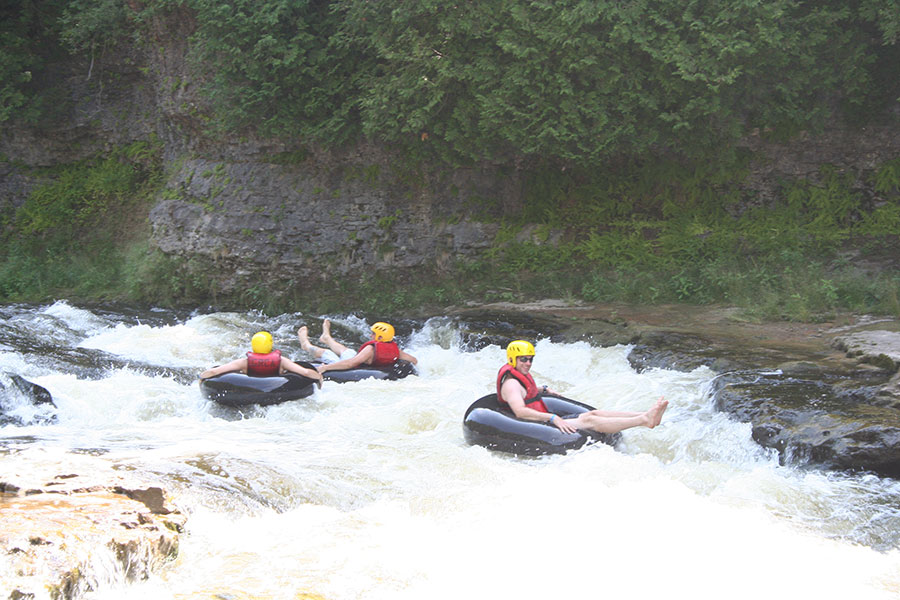 CENTRE WELLINGTON – The Grand River Conservation Authority (GRCA) has cancelled tubing in the Elora Gorge this weekend due to elevated river flows below the Shand Dam.

The authority is also advising anglers to avoid in-river angling below the dam and asking all people to exercise “extreme caution” in and around the river.

“Following an unusually dry July, between 50 to 100 mm of rainfall has fallen across much of the upper Grand River watershed over the first week of August leading to increases in flows within many rivers and streams,” states an Aug. 7 press release from the GRCA.

Officials say the GRCA’s major reservoirs have captured much of the runoff – with the exception of Belwood Lake, where inflows “have been significantly exceeding discharge since Monday” and the water level is currently above normal for this time of year.

Therefore the GRCA is increasing discharges from the Shand Dam throughout the weekend, starting on Friday (Aug. 7).

“It is anticipated that reservoir levels will be reduced by 0.4m by Monday morning,” stated the GRCA release.

“No flooding is expected; however, flows in the Grand River downstream of the dam will be higher than normal, increasing the safety risk throughout this reach.”

So the GRCA has cancelled tubing at the Elora Gorge Conservation Area on Aug. 8 and 9.

Those who have purchased tickets have been contacted directly regarding refunds.

“Downstream of Elora, the difference in conditions will likely not be as significant, but river users should be aware of the slightly elevated water levels,” officialsa say.

“Paddlers and anglers need to be aware that river flows can change quickly, and without warning.”

The GRCA’s water safety message will remain in effect until Monday (Aug. 10).