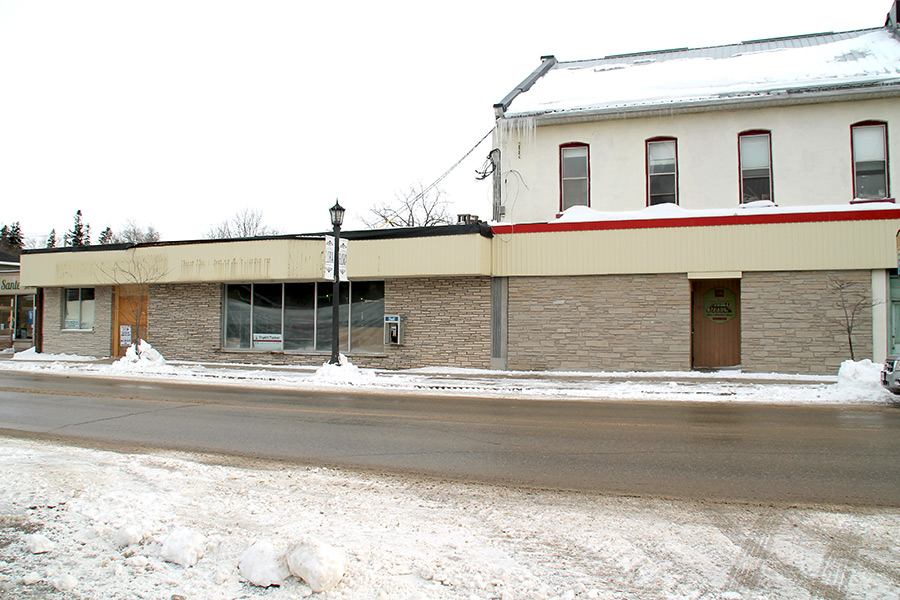 A new grocery store, the Geddes Street Market, will opening in Elora this spring. Debra Kropf will own and operate the business that once belonged to her parents. The L&M Food Market closed in late 2018. Photo by Kelly Waterhouse

ELORA – A new grocery store, the Geddes Street Market, will be opening in Elora this spring.

Debra Kropf will own and operate the store that once belonged to her parents, Merlen and Doreen Kropf, at 169 Geddes Street.

In an interview with the Advertiser on Feb. 25, Kropf said she can’t wait to complete renovations, stock the shelves and open the doors to the community she loves.

“This has been my dream,” she said. “Elora loves supporting local and I want to support this community.”

Kropf said the grocery store she owned in Drayton for 11 years was sold last summer and she got the keys to the Geddes Street building in Elora last August.

Since then, she’s completed a $1 million renovation to the store – from ceiling to floor, inside and out – and when it opens there will be an accessible and efficient layout that can accommodate COVID-19 protocols with new décor with a “beautiful vibe,” she said.

Kropf views the opening as a fresh start for the building that has been boarded up for over two years.

The L&M Food Market was shut down by the public health unit in December of 2018 after a health protection and promotion order was issued.

Grew up in the business

Merlen Kropf opened the L&M grocery store in Fergus in 1965 and built the Elora L&M in 1967. He went on to build a 10-store chain in communities across southern Ontario.

He’s sold them off over the years but still has one store in Dundalk, Kropf said.

She grew up in the grocery business and started working at the Elora L&M when she was 13.

Her father was boss, teacher, mentor and task master all her life, she said, and a key advisor as she figured out how to get back to Elora.

Merlen had a stroke last January and suffers some memory loss as a result.

“So I really hope we can get the store open for my dad and my mom to see it,” she said, her voice welling with emotion.

“They are the ones who have helped me the most.”

The store will be more than just a grocery store – it will offer something for everyone, Kropf said. 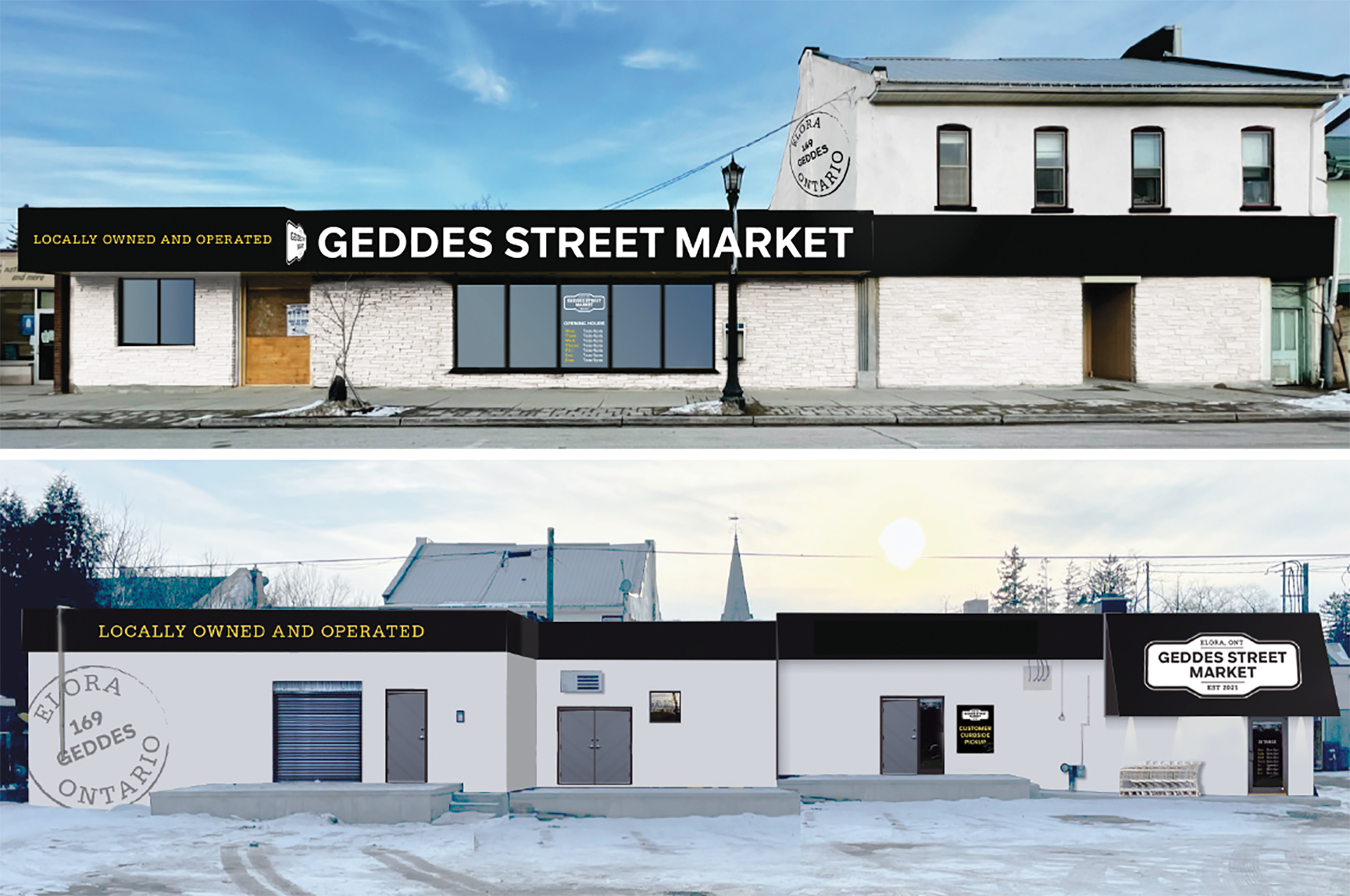 This concept image shows what the front (top) and rear (bottom) of the new Geddes Street Market in Elora will look like. Owner Debra Kropf plans to open the new grocery store this spring. Submitted image

Shoppers can find regular items and do their weekly shopping there, she said, and she’ll be carrying the Our Compliments line of products to keep prices low.

She also wants to guarantee an everyday low price on selected staples like milk, sugar, bread and toilet paper.

“But a portion of the store will be high end,” she said. “There’s something for everyone here.”

There will be an in-house bakery, a deli and butcher counter, meals to go, and an artisanal section with specialty items.

“I believe in farm to table and use local farmers for meat and produce,” Kropf said, adding she plans to get an organics program started so waste from the kitchen can be composted or given to farmers for feed.

She also used local trades and craftspeople as much as she could for the renovation work, she said.

Centre Wellington council approved a $10,000 loan and a $10,000 grant to Kropf from the Community Impact Grant program at its Feb. 16 meeting.

All councillors expressed their belief that a new grocery store with an updated facade on Geddes Street will have a positive impact on the whole downtown core.

“I want it to look like it belongs in this community,” Kropf said. “The grant will come in handy and I’m very appreciative.”

Kropf is thinking she’ll have a soft open and fine-tune operations before announcing the grand opening.

And while there’s still plenty to do to be ready, she can’t wait for that day.

“Elora is such a wonderful close community,” she said.

“I hope this store will be a destination and provide a service the community needs.”