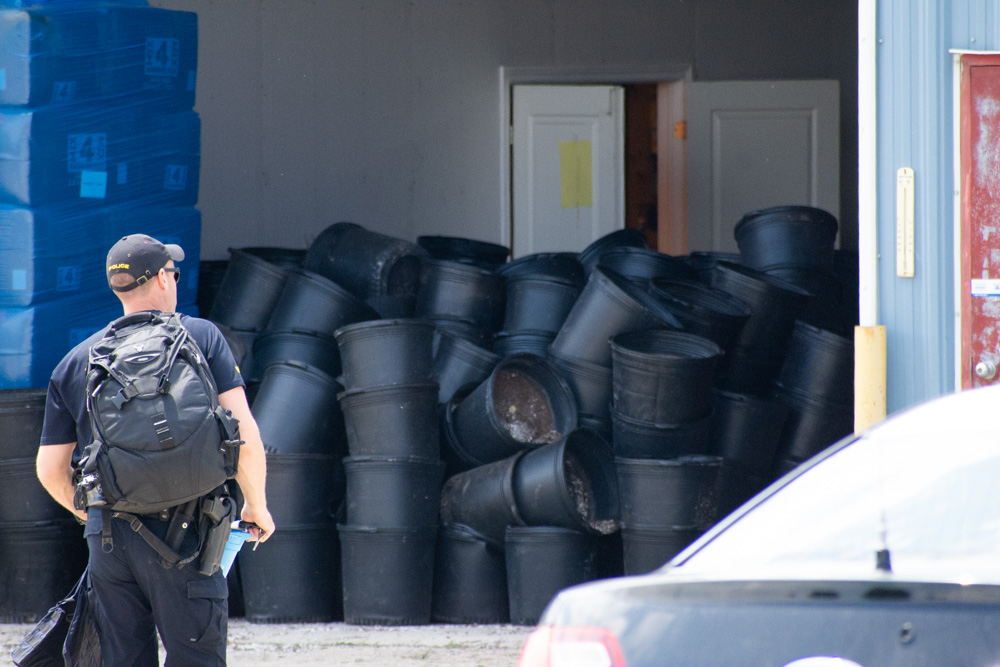 An OPP officer is seen on June 4 at 10 Wells Street in Arthur where a warrant was executed resulting in over 7000 marijuana plants being seized in addition to a large quantity of Canadian currency. Photo by Jordan Snobelen

ARTHUR – Four people from the Greater Toronto Area have been charged in connection with an illegal marijuana grow-op here.

Police say the officers seized over 7,500 plants valued at over $6 million, as well as a large quantity of Canadian currency and marijuana processing equipment.

They are to appear in Guelph court at a later date. 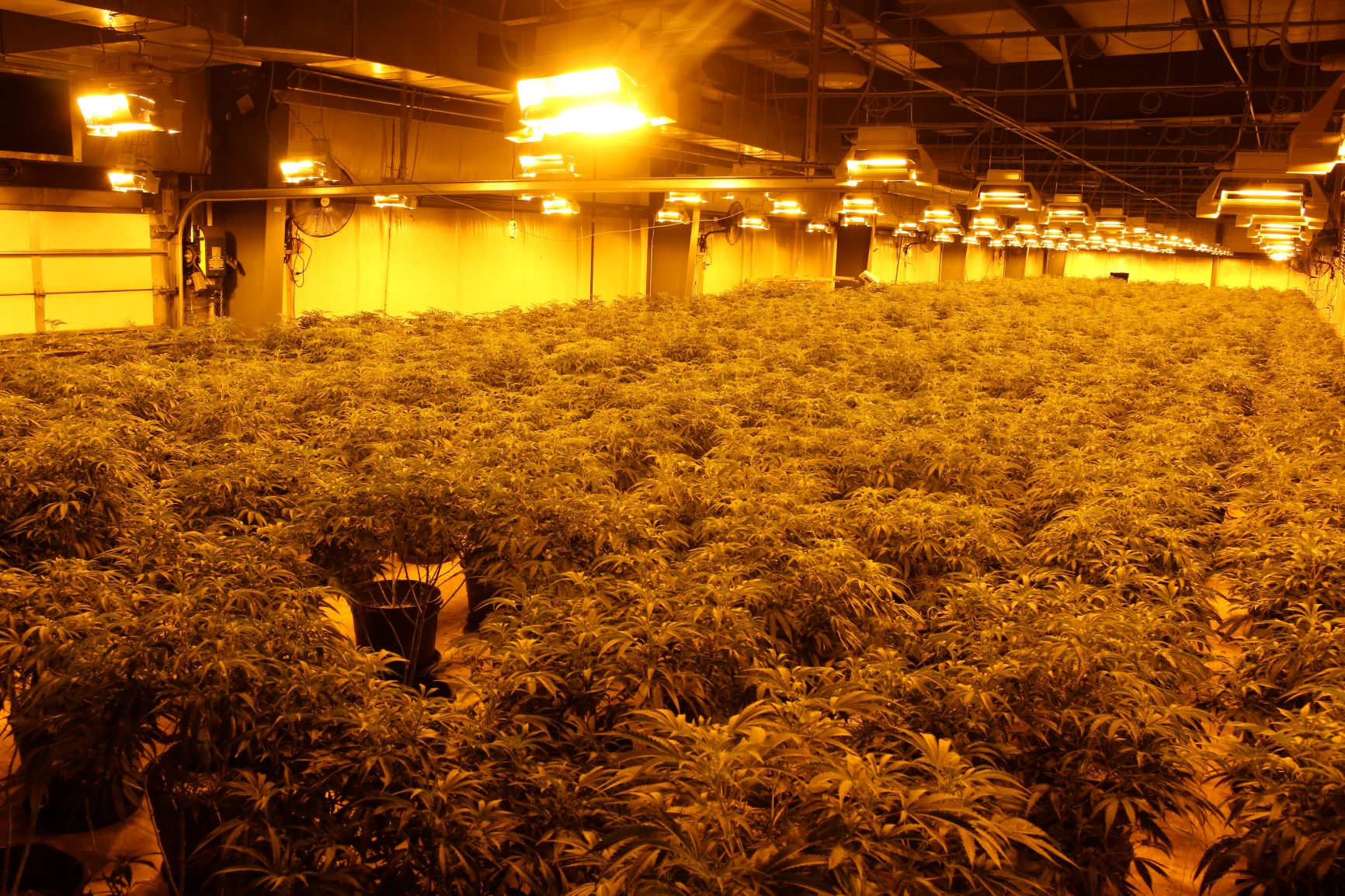