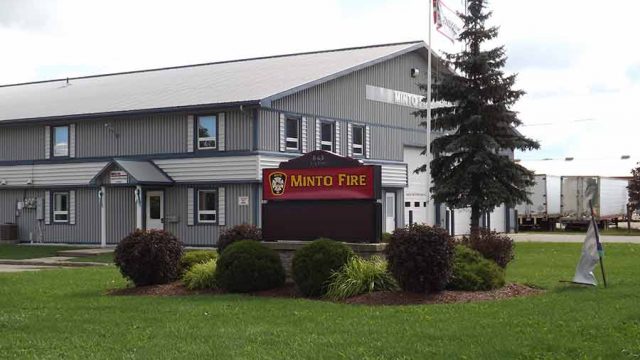 MINTO – Four horses perished in a fire that destroyed a shed on the 3rd Line here on Feb. 12.

Fire Chief Chris Harrow said firefighters from all three Minto stations responded to the call, which came in around 4am.

Harrow said the shed, which was roughly 40 by 80 feet, was “fully involved on our arrival.”

Crews were able to contain the fire to the structure.

However, Harrow said, “The shed had already collapsed when we arrived.”

Fire crews were on the scene until about 8:30am.

No estimate of damage is available, said Harrow.

He noted the cause of the blaze was undetermined but considered accidental.