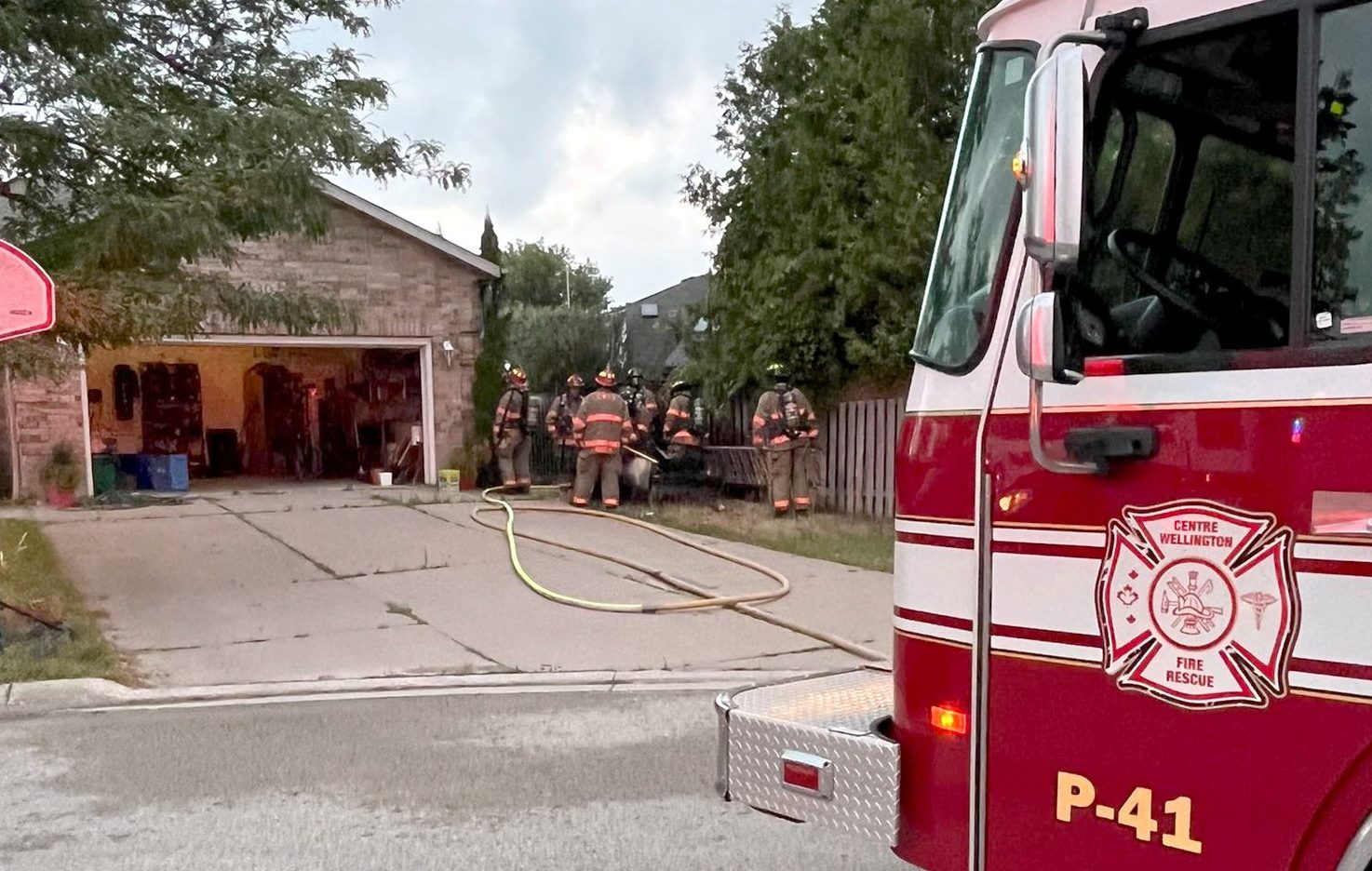 Police are investigating a ‘suspicious’ fire on Davidson Place in Fergus on Aug. 1. Submitted photo

FERGUS – An 18-year-old Fergus resident has been charged with arson in connection with a suspicious fire here earlier this month.

Centre Wellington firefighters from the Elora and Fergus stations responded to what was initially reported as a structure fire at 30 Davidson Place in Fergus at about 8:30pm on Aug. 1.

Wellington County OPP officials say it was a utility trailer beside the house was actually on fire.

He confirmed the fire did not spread to the house itself due to efforts by neighbours.

“When we arrived there were several neighbours that used fire extinguishers, a garden hose and really contained that fire prior to our arrival and stopped it from spreading into the house and into some other sheds that were close by and really limited that damage from the fire,” Karn explained.

On Aug. 18, Wellington County OPP announced an 18-year-old Fergus resident is charged with arson and is to appear in Guelph court at a later date.

Police did not immediately respond to an Advertiser request asking why the name was not released.