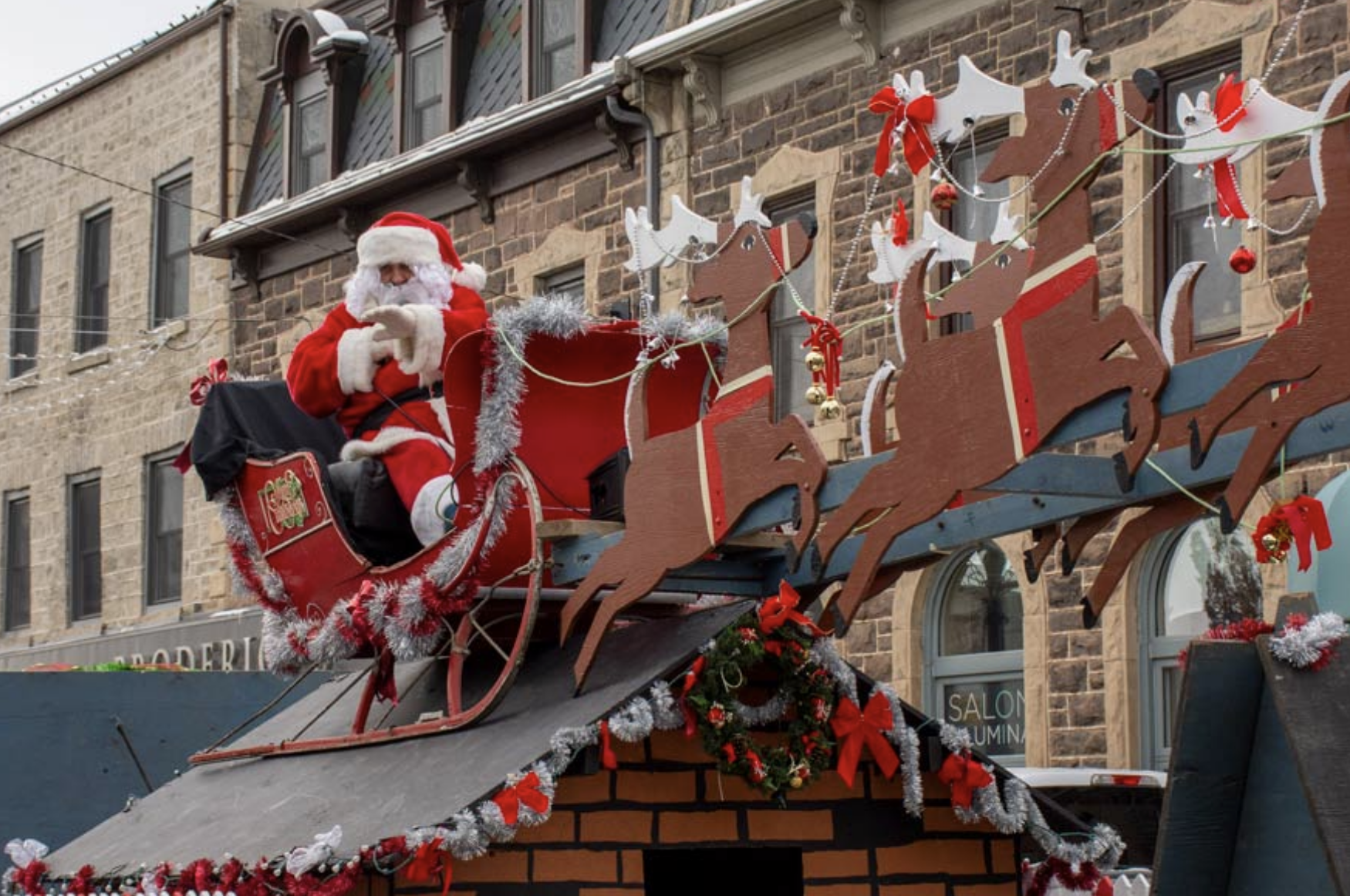 Due to the COVID-19 pandemic, the traditional Fergus Santa Claus Parade is being replaced this year with a Santa Claus Cruise through the town on Dec. 5. Advertiser file photo

FERGUS – The traditional Fergus Santa Claus Parade is not happening this year due to the COVID-19 pandemic.

But Fergus residents can rest assured that Saint Nick will still be paying local children a visit in early December.

A three-vehicle “Santa Claus Cruise” will weave its way through Fergus on Dec. 5 from 1 to 4pm.

The re-imagined event is organized by the same committee that annually presents the regular parade, which includes members of the Fergus Lions, Centre Wellington Optimists and Fergus Kinsmen.

“The committee wants to bring Santa to the children of Fergus,” said Fergus Santa Claus Parade chairman Jim Dandy in an Oct. 23 interview.

“We want to keep the tradition going.”

The cruise, consisting of an OPP cruiser, antique fire truck and Santa Claus on his sleigh, will start at 1pm on Sideroad 18 in north Fergus.

It will work its way south, travelling along east-west streets between Beatty Line and Highway 6 (St. David Street/Tower Street).

When it reaches the southern limits of Fergus, the cruise will cross Highway 6 and then travel north along east-west streets between Highway 6 and Scotland/Gartshore Street.

There will be no street closures and the cruise will avoid the downtown core.

Residents are asked to view the procession indoors from their front windows or outside on lawns or driveways, Dandy explained.

He noted the public health unit has approved the plan because it deters people from congregating as they would for the traditional parade.

“Some people suggested cancelling (the event), but we didn’t want to see that,” Dandy told the Advertiser.

“Once you stop a project, it’s very hard to re-start it.”

Dandy, who has been involved with the Fergus parade since the 1980s, said a vehicle with representatives from the Centre Wellington Food Bank will later follow the cruise route to collect items for the food bank.

Residents are invited to wait for the vehicle and hand over their donations or to leave items at the end of their driveway for pickup.

While organizers are happy to bring Santa Claus to town, they note Santa’s reindeer will have to stay at the North Pole due to COVID-19 restrictions.

More details about the route and timing will be published closer to the event.