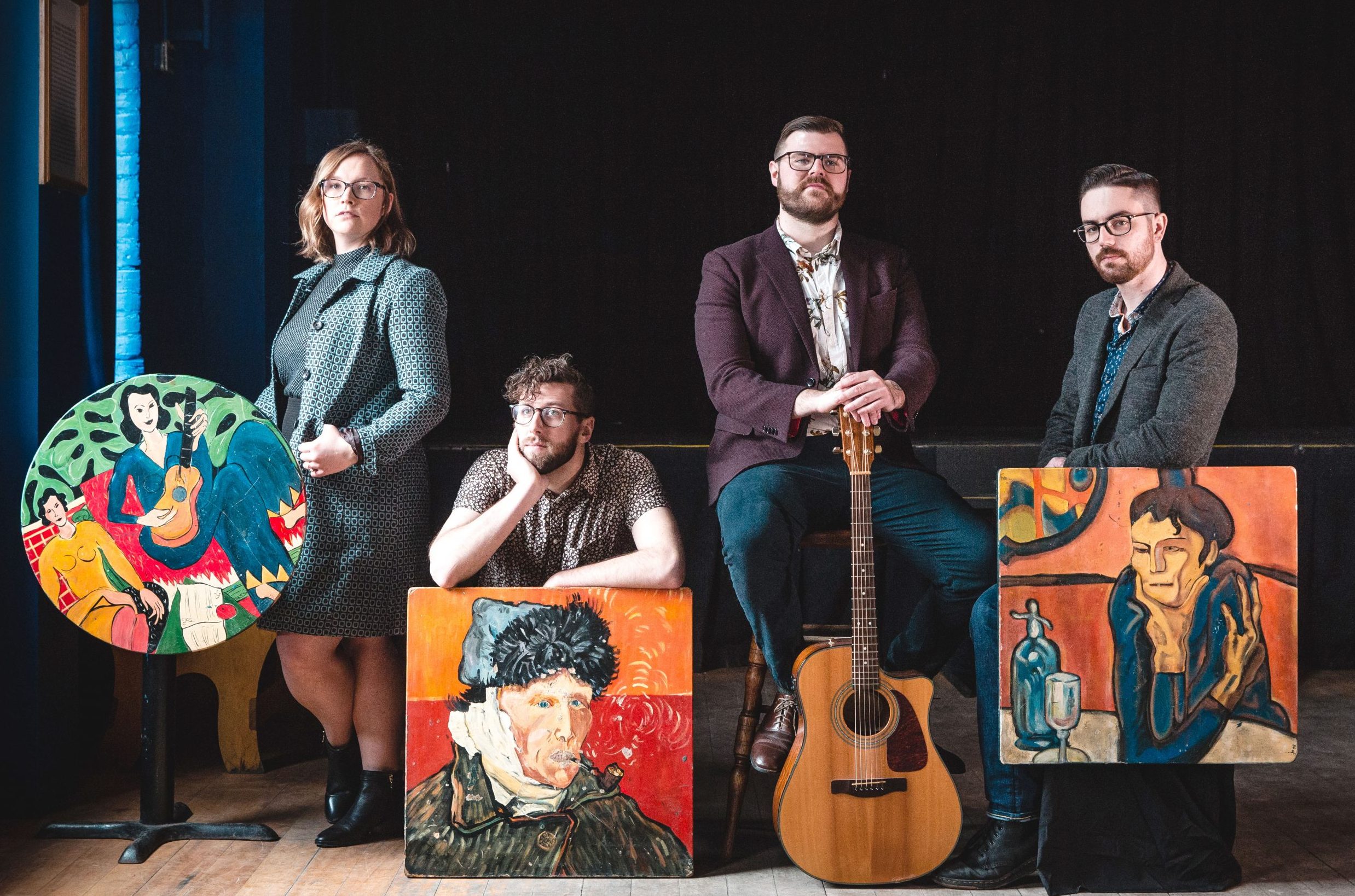 Fergus native Matt Rappolt, second from left, will make his Riverfest Elora debut this weekend with his band I, the Mountain. From left: Allison Dyjach, Rappolt, Matt Lamers and Rory McLachlin. Photo by Bryan Reid

ELORA – Fergus native Matt Rappolt will be making his Riverfest Elora debut this weekend alongside his band I, the Mountain.

Rappolt is the drummer of the four-piece indie-folk band based out of Kitchener, which also includes Matt Lamers, lead vocalist and acoustic guitar, Allison Dyjach on the keyboard and Rory McLachlin on the electric guitar.

An Elora Public School and Centre Wellington District High School alumnus, Rappolt is returning to his hometown roots to perform for the first time in the 2022 music festival.

Local acts like The Diner Mints, Madison Galloway, Boo Radley Project and Royal Castles will also be featured in this year’s lineup.

I, the Mountain, first formed in 2011, has played in several festivals across Ontario including Hillside Festival, Sound of Music Festival, Peterborough Folk Festival and Muskoka Music Festival.

The band initially started off as a busking band while attending Trent University, playing on the streets of Peterborough late into the nights to make some extra money.

“We did that not really thinking about becoming a band per se, or recording music or anything like that,” Rappolt explained.

“It was just something to do in the summer.

“It was sort of a gradual, kind of organic process from going from street musicians just playing covers to get a bit extra money to all of a sudden we’re going to go into the studio and we’re going to record our first EP,” Rappolt said.

The band went its separate ways in 2014 after university before reuniting in 2018.

Although he didn’t get a chance to attend the first few Riverfests, Rappolt said he was aware of it and thought it was great his hometown hosted such a large festival.

“They had, I think, still the best single lineup that I’ve ever seen at a festival in terms of my own musical tastes,” he said of his first time attending the festival in 2014.

“Riverfest I think is one of the best festivals that I’ve been to for sure,” he added. “It’s a great, just a great energy, great vibe.”

“I remember going the first year and thinking ‘wow, I would love to play Riverfest.’

“It’d be such a dream come true to come back and perform at the festival that’s in your hometown.”

Rappolt said the band has played at some restaurants in Fergus and Elora, but to play at Bissell Park where he spent a lot of time as a child, means a lot to him.

“To be able to play a music festival there, that’s pretty special,” he said. “It’s surreal, to be honest.

“You always think ‘yeah, it would be nice to play it, but really, what are the chances?’” 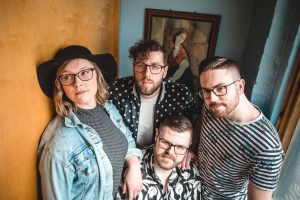 The four-piece indie-folk band based out of Kitchener has played in several festivals across Ontario including Hillside Festival, Sound of Music Festival, Peterborough Folk Festival and Muskoka Music Festival. Photo by Bryan Reid

Although the band worked towards getting bigger, Rappolt said it never really thought about actually reaching this point.

“We never really thought seriously about getting to the stage where we were playing festivals … [or] thinking that that would necessarily become a reality.”

Finding himself at a loss for words, Rappolt said it has been rewarding to see how far the band has come.

“And it’s nice to actually be able to check off some of those bucket list items as a band, because you don’t know if you’re going to make it,” he said.

With so many other talented local artists releasing music, Rappolt said it’s exciting to be a part of that mix and playing at larger scale festivals like Riverfest Elora and Hillside Music Festival.

Rappolt also expressed his thanks to Riverfest organizers and businesses like the Elora Brewing Company for their community support and for promoting local bands.

As for what to expect from the band’s performance, Rappolt said as a high energy “folk-pop” band, the crowd can look forward to an engaging performance.

“I always say that we are performers as well as musicians,” he explained. “We take the performance aspect of our shows very seriously, as seriously as … the musical aspects.”

As performers and avid concert-goers themselves, Rappolt said the band loves crowd engagement.

“So I think people can expect to have a lot of fun when they hear us, they can expect for us to bring all of our energy and sort of leave it out on the stage … to use the cliched term,” he said.

“And we’re just going to have a blast being up there,” he added.

“And we hope that everyone’s going to have a blast hearing us.”