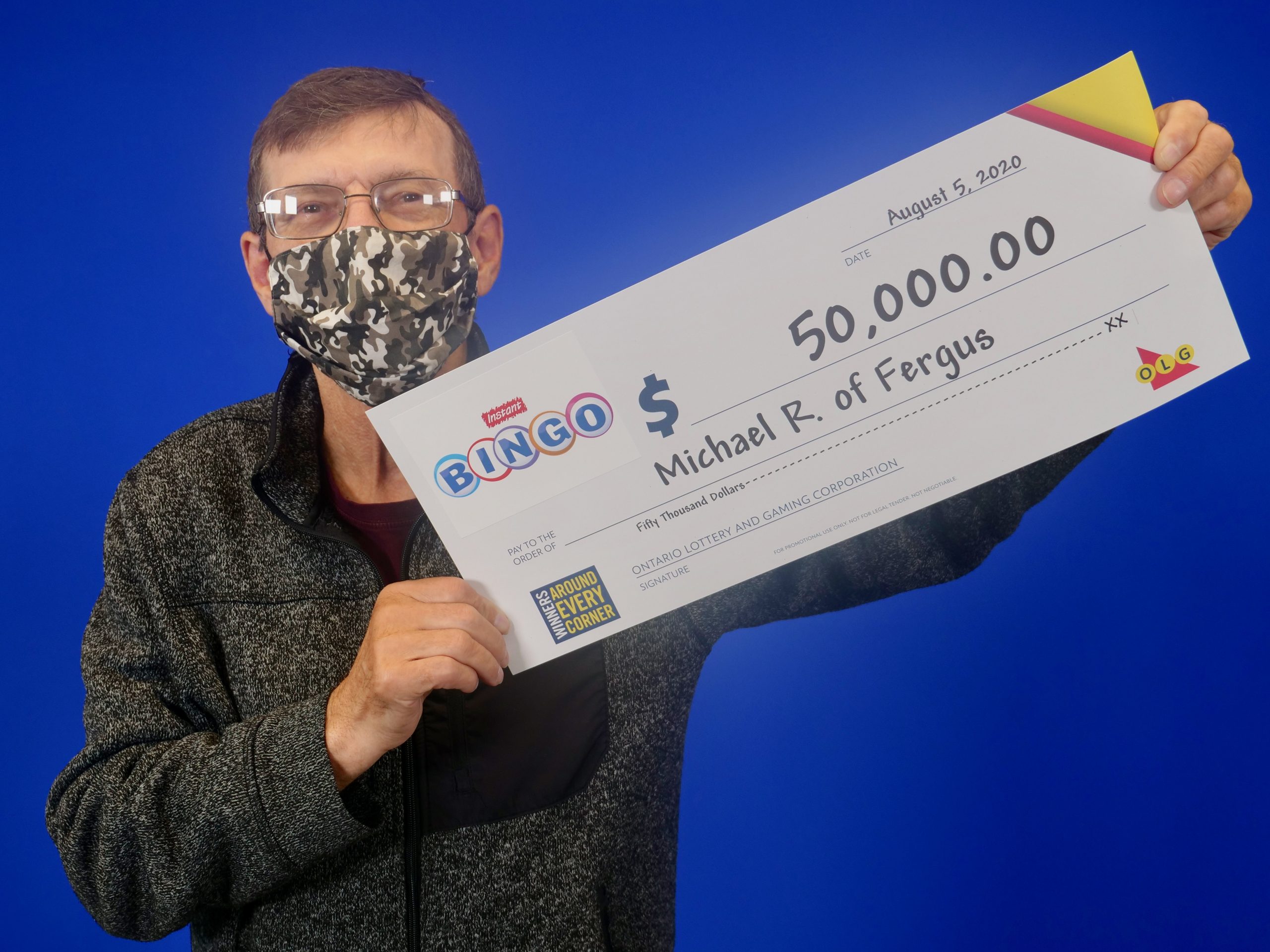 Michael Ray of Fergus is one of two Wellington County residents to recently win $50,000 with OLG's Instant Bingo game. The other is Nicholas Haug of Mount Forest. (OLG photo)

WELLINGTON COUNTY – Two county residents, one from Fergus and one from Mount Forest, have won $50,000 with OLG’s Instant Bingo game.

On Aug. 12 the OLG (Ontario Lottery and Gaming Corporation) announced that Michael Ray and Nicholas Haug had each won the game’s top prize.

Ray, 69, of Fergus, regularly attended in-person Bingo games prior to the COVID-19 pandemic.

The great-grandfather, who now plays Instant Bingo for entertainment, said he actually yelled “Bingo!” when he realized he had won on the ticket he purchased at Esso on St. David Street in Fergus.

His sister-in-law told him to calm down and got her phone to check the ticket on the OLG Lottery App.

“This is amazing for me. I am the recipient of a liver transplant four years ago. My friends and family have all said if there is anyone that deserves this, it’s me.”

The retired courier will use his winnings to pay some bills.

He also plans to share with his sons and will put the rest in the bank. 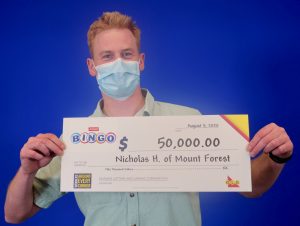 “I was at home playing my ticket while sitting on the couch when I uncovered all four corners of a box and thought it was a $10 win,” he explained.

“When it came down to the last number I needed, I was shocked – my whole body was vibrating!”

Nicholas plans to replace his car and put some of his winnings into a tax-free savings account.

“I’ll spend some on a camper so I can enjoy exploring this beautiful province and country,” he said.

“I’ve got to be honest – it feels really good.”