FERGUS – We remember the sacrifices that Canadians made in conflicts that we, as a nation, participated in.

The official Remembrance Day traditionally is Nov. 11, the armistice signing at the end of the First World War.

The leader in our remembrances is Veterans Affairs Canada, assisted by 1,350 Legion Branches in Canada with close to 260,000 members.  They connect us to our past, our present and our future.

Legion members care deeply about supporting the men and women who serve and have served this country, and strive to make a difference.

The Legion’s Veterans Services Network serves all veterans, members of the Canadian Armed Forces, the RCMP and their families – providing support free of charge.

However, it is not only Canadians who remember liberations at the end of the Second World War.

This is the story of how people in The Netherlands remember the efforts leading to the Liberation of my birth country and the signing of the peace agreement on May 5, 1945.

But first, let’s look at some statistics.

About 175,000 Canadian soldiers took part in WWII, liberating The Netherlands (also called Holland after the two oldest provinces: North Holland – with Amsterdam, and South Holland with Rotterdam and The Hague).  More than 7,600 soldiers died in that nine-month campaign.

Buried in the Netherlands, in six separate cemeteries, are 2,338 Canadian soldiers.

The Netherlands is really a small country between Germany and the North Sea.  It is 2.5 times the size of Lake Ontario. Its biggest feature is the Rhine River (think of the war movie A Bridge Too Far).  In wartimes, crossing a river is always a major undertaking.

The war in Holland started on May 10, 1940 when we were invaded by the German army.  Largely outnumbered and out-gunned, the government surrendered on May 14, after the centre of Rotterdam was bombed, with 900 deaths and 85,000 now homeless.  Suffering started almost immediately.

The then Queen “Wilhelmina” had “escaped” to London, with her family, prior to the German invasion. She kept contact with her population from “Radio London,” which was listened to in secret with hidden radios by my father and others. Those broadcasts kept everyone informed about war events.

Later the crown princess Juliana, heir to the Dutch throne, found sanctuary in Ottawa. There, in the Ottawa Civic Hospital was born princess Margriet on Jan. 19, 1943. To maintain the newborn’s Dutch citizenship, the Canadian government changed the maternity suite to “extraterritorial”! 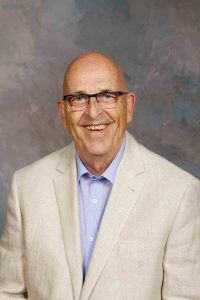 When the troops got “stuck” at the Rhine River, as I was told, many soldiers were housed by Dutch citizens. As an infant, having suffered for lack of adequate food, I was given chocolate that the soldiers had. I am still a chocoholic!

Our parents moved to Amsterdam in 1947.  Amsterdam, in 1940 had about 800,000 inhabitants, with a Jewish population of almost 10%. Few of those survived, dying in German concentration camps.

One of those was Anne Frank, who wrote the now famous The Diary of a Young Girl, also known as The Diary of Anne Frank. This book has been translated into 70 languages and made into movies.

Our apartment was two blocks away from were Anne Frank had lived, prior to her hiding. Around the corner was a KG and elementary school that Anne Frank had attended.  It is now called the “Anne Frank” Montessori school. The principal, who also was my teacher, had been Anne’s teacher.

Life is full of “coincidences.” Both this principal and my grandfather had studied with Maria Montessori for Maria had moved to Holland and died there in 1952.  Montessori schools in Amsterdam are not private but part of the regular school boards.

Yes, I learned as a child a lot about the German occupation in Holland and its subsequent liberation by heroic Canadian soldiers.

Celebrations in the Netherlands are two-fold:

– Memorial day on May 4, which I always attended at the National Cenotaph in downtown Amsterdam; and

– Liberation celebrations are on May 5.

Many tours have been arranged for Canadian veterans to go back and relive their war experiences with the extensive thanksgiving of the whole country.

Those match the jubilations the soldiers received as they liberated town after town and conquered bridge after bridge in this water and canal strewn country.

School children, still to this day, look after the maintenance of Canadian soldiers’ graves.

The Dutch will never forget the sacrifices that were made for their liberation.  Neither do I. It’s also one of the reasons I volunteer at my local Legion in Canada.

Remembrances and thanksgivings are in Dutch minds forever.

Dick Haas is treasurer of the Fergus Legion Branch 275.