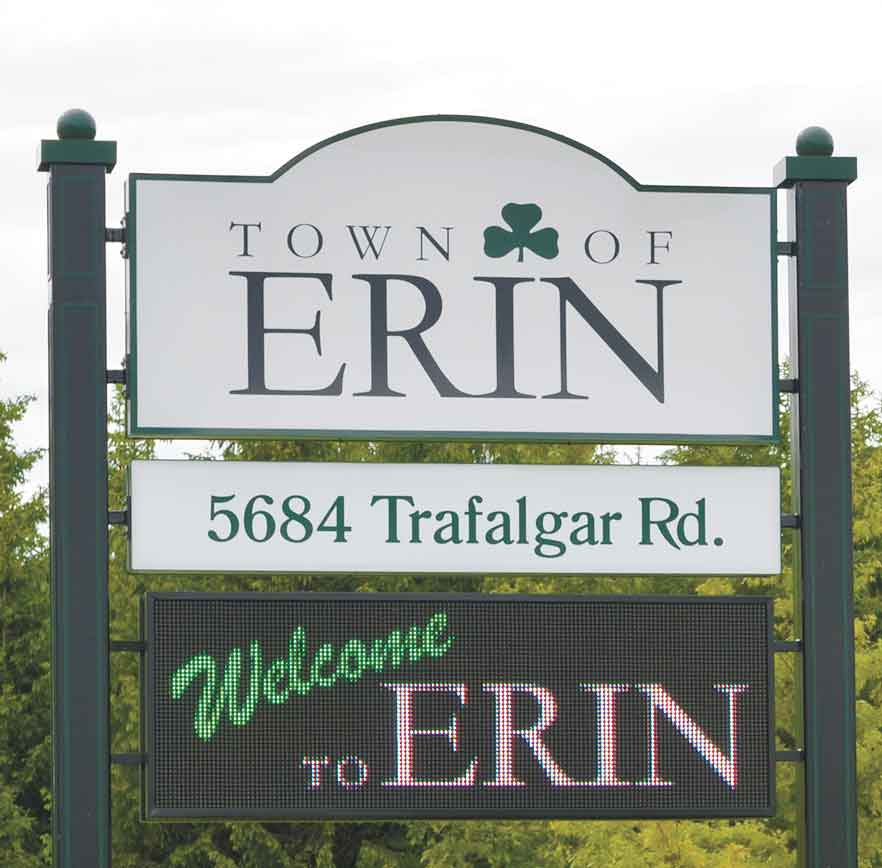 ERIN – Town council has voted to apply for $2.2 million in federal-provincial funding to replace fragile water mains in Hillsburgh.

Councillors endorsed the proposal from infrastructure director Nick Colucci at their Jan. 14 meeting, recognizing that spending plans would have to be reorganized if the grant application is successful.

The existing mains are “beyond their useful life” and identified for replacement in the town’s asset management plan, Colucci said.

“We’ve had a real problem with water lines in this area,” said Mayor Allan Alls.

“There have been 19 breaks in the last year. We can’t wait.”

On Boxing Day, a water main break on Douglas Crescent left about 20 homes without water until the following afternoon.

The town worked with the public health unit and the Ontario Clean Water Agency, which is under contract to maintain the town’s water system.

While residents had to run their taps to flush the water of cloudiness or discolouration, the water remained safe to drink, said communications officer Jessica Spina.

Erin is applying to the Investing in Canada Green Infrastructure Funding program.

It will provide about $200 million to various projects over ten years, with the federal government covering 40% of approved work, the provincial government 33.33% and municipalities 26.67%.

With the Hillsburgh project estimated to cost $3 million, the town could receive $2.2 million and have to come up with $801,000 in the 2021 budget for its share.

Responding to a question from councillor Mike Robins, who noted that annual spending on water mains is less than $200,000, Colucci and finance director Ursula D’Angelo said council may have to authorize several years’ worth of work to be done in one year.

Responding to a question from councillor Jamie Cheyne, Colucci acknowledged that after the water main replacements, the streets would have to be dug up in the future for wastewater lines.

He said the water lines would require much less excavation, and that the design will allow for the two types of lines.