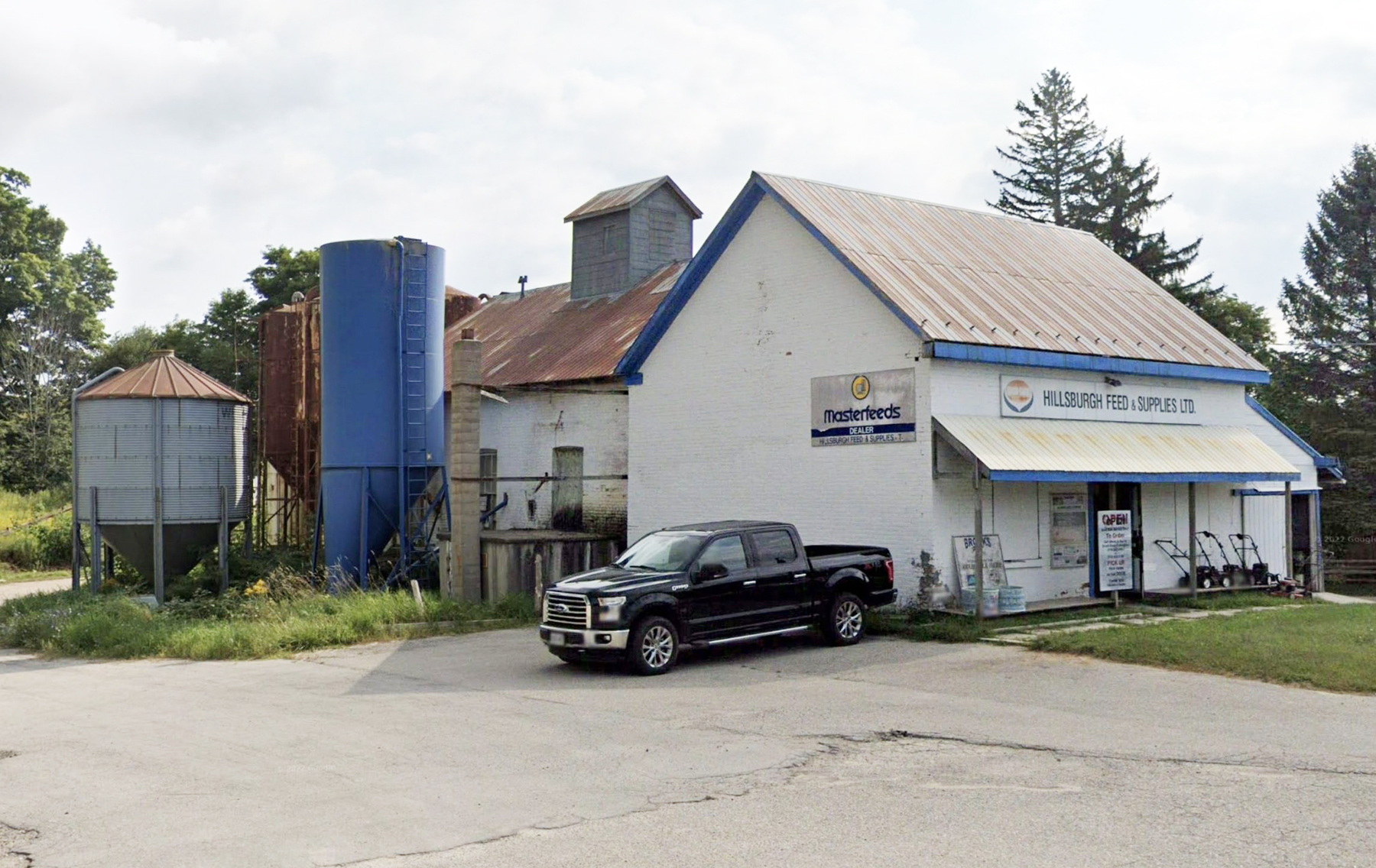 Erin councillors voted against a request to support heritage designation for a former feed mill in Hillsburgh as the province's deadline for a decision closes in. The new property owner has confirmed the building, seen in this image, will be razed. (Google Maps)

ERIN – The Hillsburgh feed mill will soon be no more.

After a storied past as a single-room school and a feed mill, the pre-confederation structure will be demolished by new owner Manuel Tavares, who purchased the property at 29 Trafalgar Road.

When the Erin Heritage Committee heard of the sale this summer, members discussed getting a motion before council asking it to support a heritage designation to protect the building.

Councillor Jamie Cheyne, whose family owned and operated Hillsburgh Feed and Supplies there for nearly 60 years, brought the request from the heritage committee to council in September, following a committee vote that month.

(Cheyne has been a committee member for 15 years and is now the designated council representative.)

On Oct. 19, a written notice of intent to demolish the building was received by the town, according to Erin spokesperson Lavina Dixit.

Once intent is filed, council has 60 days to figure out what it wants to do: approve the demolition or try and protect the building.

“As we know we had an election and we had no council meetings in October and this is Nov. 24,” Cheyne told council at the Thursday meeting, noting more than half of the time council had to make a decision had since passed.

Cheyne said he didn’t want to “torpedo” his motion, but felt council didn’t have a better option than to oppose a heritage designation.

“It’s unfortunate, but I think the process is in place that we only have one real option … I’m not sure we can get a heritage designation within that 60-day period,” he said.

In a later phone call with the Advertiser, Cheyne explained the town doesn’t have staff to get a heritage assessment completed in the remaining days, and an outside firm wouldn’t complete the work until next year, well past the provincial government’s timeline.

At the meeting, councillor John Brennan responded to Cheyne’s remarks, saying, “What we can and should do, as much as possible, [is] work with the owner to preserve what we can.”

Brennan suggested the building could be photographed and artifacts salvaged.

On the afternoon of Nov. 30, Cheyne and town planning staff had a final walk-through of the building and took photographs.

“Most of the relevant things are kept somewhere safe,” Cheyne told Brennan during the meeting.

“We should be able to create our own story to keep that history in town for when the building goes,” Cheyne said.

The Wellington County Museum and Archives (WCMA) currently has photographs and some paper items catalogued, county spokesperson Andrea Ravensdale confirmed to the Advertiser in an email.

The curator there is also cataloguing physical artifacts from the building, Ravensdale wrote, but a signed gift form hasn’t been provided as of Dec. 1, meaning the items cannot yet be added to the WCMA’s collection.

Councillor Bridget Ryan said the town would be “remiss in removing [its] architectural landmarks.”

She suggested the facade or frontage of the building be retained to preserve the “look, and feel and character of our town.”

Mayor Michael Dehn asked about leftover milling equipment, but Cheyne said what’s left is “archaic” and suggested it was better off as scrap metal.

“So, we’re going to have to vote on this one,” the mayor said.

All four councillors opposed the heritage committee’s request for a heritage designation.

Before 29 Trafalgar was turned into a feed mill, it was a single-room school house.

In 1959-60, classes were consolidated from several schoolhouses to around four. The former schoolhouses were largely sold or torn down, but 29 Trafalgar (formerly S.S.#6) remained.

After a nearby Brampton Milling and Farm Supply feed mill burned in ‘60s, the company purchased the schoolhouse and converted it.

Cheyne’s father, Bob, worked for the company until it left Hillsburgh and Bob and his wife, Arlene, bought the building. It later became Hillsburgh Feed and Supplies. 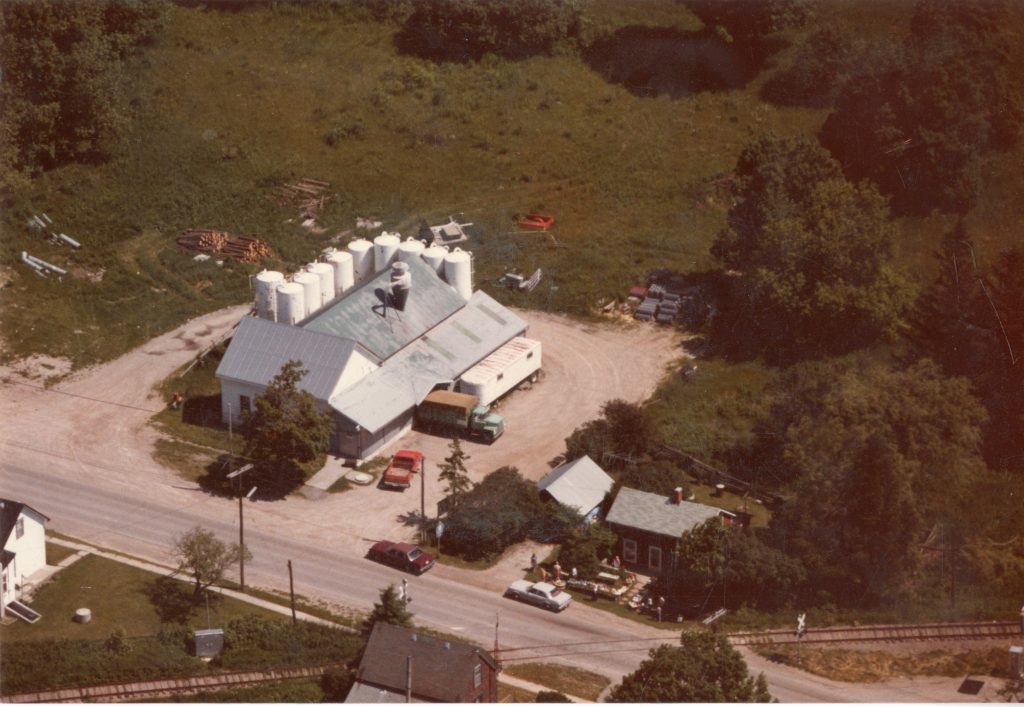 Cheyne has memories of playing at the mill as a child. Later on, Cheyne’s brothers, David and Donald took over the business.

“It’s been in the family from about 1963 until September this year,” he said.

An offer to buy the property was made by Tavares, who owns the lot immediately west at 31 Trafalgar Road, and the brothers took the chance with the sale reportedly closing in June.

The business closed at the end of August, and the building was cleared out in September.

Cheyne says his family didn’t tell him of the sale until after its close and emphasized he had “no financial part of it at any point.”

He declared a conflict of interest whenever the heritage committee discussed the building.

“It’s unfortunate the way it’s unfolded,” he said, but he understands the decision to sell, noting Arlene is now in her 80s.

The committee was aware ahead of the Nov. 24 council meeting what the outcome was likely to be, Cheyne said, and had a Nov. 21 meeting discussing the property where a representative of Tavares’ was present.

Council would be fighting an “uphill battle” to push for a heritage assessment, Cheyne said, adding Tavares is “adamant it’s coming down” and couldn’t get the building insured.

“Heritage is not his thing,” he said.

Heritage committee co-chair Laurie DaSilva confirmed to the Advertiser the committee was under the impression council wouldn’t back its request.

The province’s timelines for heritage designations are too short, she said, and the committee has been left feeling powerless.

“It almost seems as if we’re never, ever going to be able to save a building,” she said. 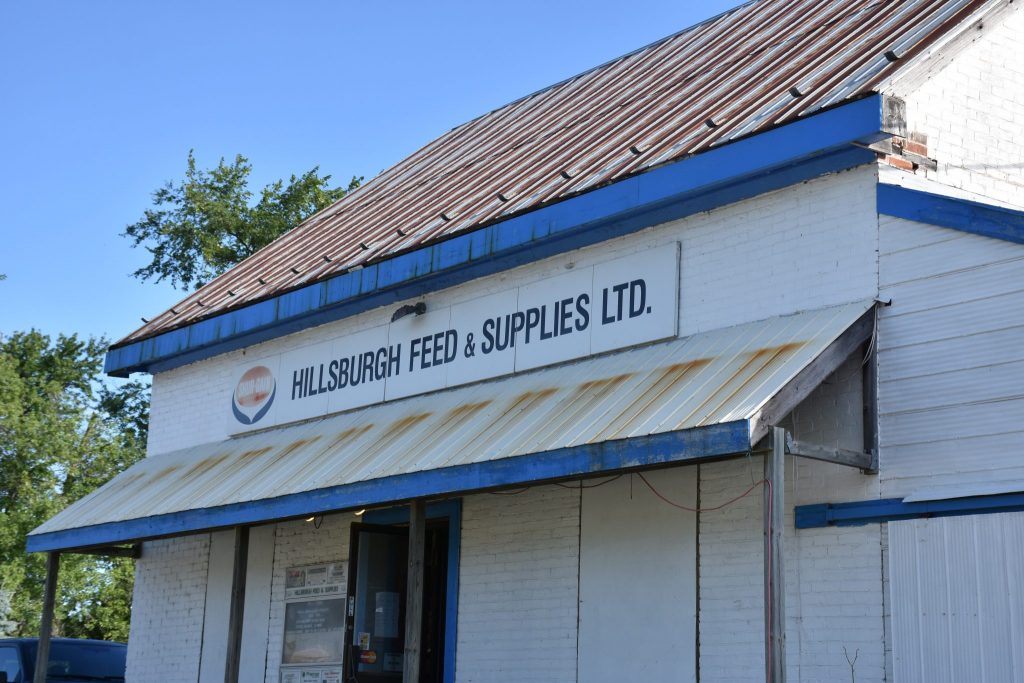 The committee considered using reserve funds to commission a historical assessment but ultimately decided against it given the timing.

Tavares was also against paying for an assessment.

“It saddens me to see anything of that kind of significance being torn down because that’s what these towns are built on.”

She suggested as more historical structures are torn down with development in Erin, the town’s heritage would be lost with them.

Reached by phone on Dec. 1, Tavares said he doesn’t know what’s next for the property but said, “The way things are going, I’ll have some selling power … this is the reason I bought it.”

He confirmed the feed mill – “that piece of garbage” – would be torn down once a demolition permit is issued by the town.

“I didn’t want anything to do with the heritage,” he said.

Dixit told the Advertiser a demolition permit can be applied for 60 days after the notice of intent (Dec. 18). She also confirmed no permit had yet been issued.

Tavares told the newspaper he’s contacting demolition contractors for pricing and is waiting for the permit to be issued.