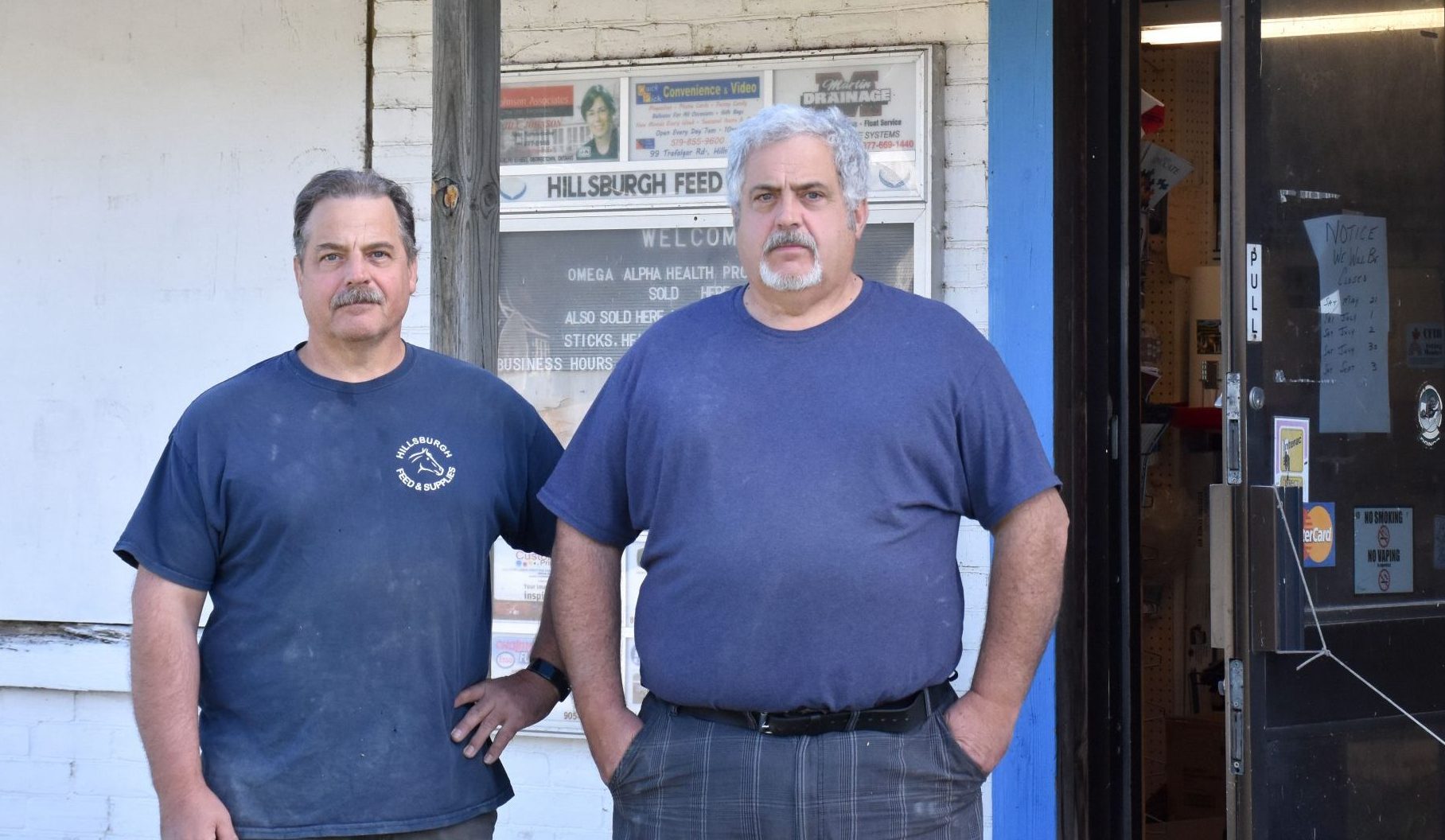 HILLSBURGH – The Hillsburgh Feed and Supplies Ltd. is closing after nearly 60 years of serving the Erin-Hillsburgh community.

The pair will officially close up shop on Aug. 31.

The family-owned business has been around since 1966, when Don and Dave’s dad and grandfather founded the business.

After his grandfather passed away a couple years later, the business ran under the watch of his father and mother as well as various employees until Don and Dave were old enough to help.

“I worked here until sometime in the ‘80s and things were a little grim in the feed business and I went and did something else,” Don explained.

“My younger brother Dave was here; he’s been here for 40 years basically.”

Don said there were several factors that led to the family’s decision to sell the property and retire.

“We’re a pretty small fish in a big pond right now, so it was just timing basically.

“We’ve got mixed feelings of course,” he added.

“I mean, 56 years is a long time, and you meet a lot of people. But the time was right, and it seems that we just had to make a decision one way or the other and we made it.” 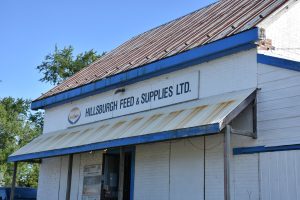 After nearly 60 years, the Hillsburgh feed mill will be closing up shop on Aug. 31. Photo by Paige Peacock

For their current customers, Don said there are a few options to turn to as the mill closes, namely Sharpe Farm Supplies, which he said can pretty much service anyone.

They’ve also arranged for McKinnon’s Timber Mart to expand their line and help past customers with their dog food, bird feed, grass seed and fertilizer.

Budson’s in Erin will take care of the bigger items for horses, cattle and pigs.

Don noted he doesn’t know what the next owners will do with the property.

During their time at the mill, Don said the pair have watched the industry evolve over the years.

“Back in the early days, it was all cattle and pigs and chickens,” he explained.

“And then horses started to come along and in the early ‘80s we started making our own horse feed here.

“Now our sales are 90 per cent horse feed, cattle – same as any kind of farm business everything became huge, huge, huge if you weren’t going to stay in it [and] we weren’t equipped to service that kind of customer, so we just stuck with the horse stuff.”

The farming community isn’t like it used to be, Don said.

“The farming community was guys that were milking a few cows and had some chickens or some pigs,” he explained, noting it was primarily farmers trying to make a living, whereas now, a lot of customers that come through the doors are hobby farmers.

The old structure was previously home to a school, which Don said closed in 1963. Photo by Paige Peacock

There’s also some unique history to the mill, Don explained. The mill was originally home to a school, which he said closed in 1963.

“My dad worked for a company called Brampton Milling which opened a new mill in Hillsburgh … and then in ‘63, ‘64 maybe, they bought this building and moved up here,” he said.

Shortly after, the business decided it didn’t want the Hillsburgh location anymore, so its owners sold it to Don and Dave’s dad and grandfather.

“Then they just added equipment and made it into a mill,” Don explained.

“There’s only two or three pieces of equipment they really needed and then of course during the years we had grain bins and storage and stuff like that.

“But the building is pretty much the way that the school walked away from it really, except for stuff that we added to it.”

Although most of their products were farm related, over the years, the pair tried their hand in many things, Don explained, including small engine repair, hardware and plumbing.

“A lot of it was farm related stuff but you just got into a little bit of everything,” he explained.

Speaking on behalf of himself and Dave, Don said they’ve enjoyed their time serving the community.

“We’ve been privileged to serve the farming community and many others over the years, and we appreciate the clients loyalty,” he said.

“I mean, we’ve got customers who have been with us for 40-plus years.”

Don noted their mindset was always “let’s do what we can do as well as we can, keep the cost down.

“Our dad started in business in ‘66 and we tried to live up to his standards for quality products at fair prices and great service and hopefully we did that,” he said.

“We’re going to miss all the day-to-day interactions with everybody but times change and you’ve got to move on.”