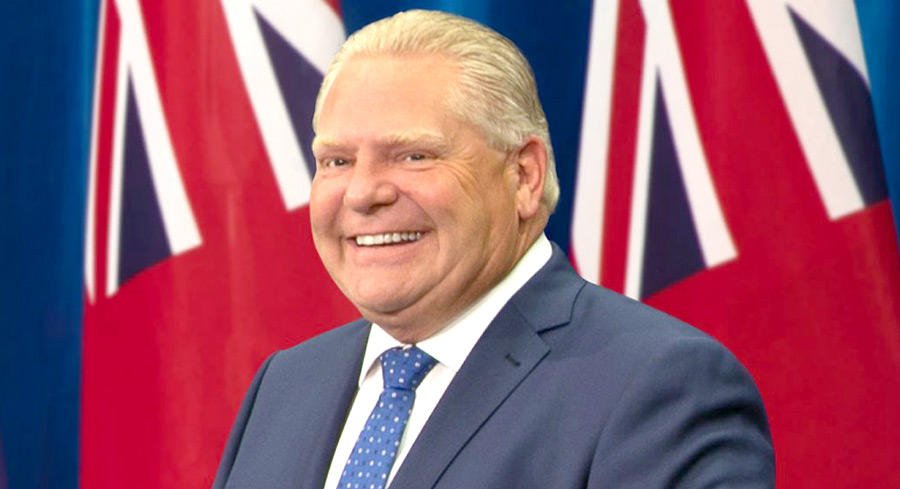 TORONTO – Ontario has extended a state of emergency until June 2, but there appears to be some light at the end of the COVID-19 tunnel, as the province has also started to allow some businesses to reopen.

Premier Doug Ford announced the emergency extension on May 12.

“We are making steady progress to flatten the curve and get more people back to work safely, including our legislators, but we still have far to go in defeating COVID-19,” said Ford in a press conference.

“Extending the declaration of emergency will allow us to continue to take action to protect Ontarians, while carefully and cautiously reopening more parts of our economy.”

Specifically, officials say, the extension will allow the government to continue to restrict retirement and long-term care home employees from working in more than one facility and prohibit events and gatherings of more than five people.

A state of emergency was first declared by the province on March 17.

The province announced on May 6 that garden centres, nurseries, hardware stores and safety supply stores would be allowed to fully reopen in time for Mother’s Day (May 10).

Garden centres and nurseries were able to open on May 8, with hardware stores and safety supply stores reopening the following day.

The province has also given the green light to reopen on May 11 to retail stores with a street entrance to provide curbside pickup and delivery.

“As the trends improve, we can move forward with reopening more and more of our economy and getting people back to work,” said Ford on May 6.

The government also announced it is expanding the list of essential construction, allowing multi-use residential projects like apartments and condominiums to begin, and existing projects to continue.

Economic development minister Vic Fedeli said that the businesses and projects are being allowed to reopen due to the collective progress of the province to slow the spread of COVID-19.

“During this period, we must move cautiously and strike the right balance between getting people back to work and preventing further outbreaks,” said Fedeli.

“Protecting the safety of staff, customers and the general public is our number one priority.”