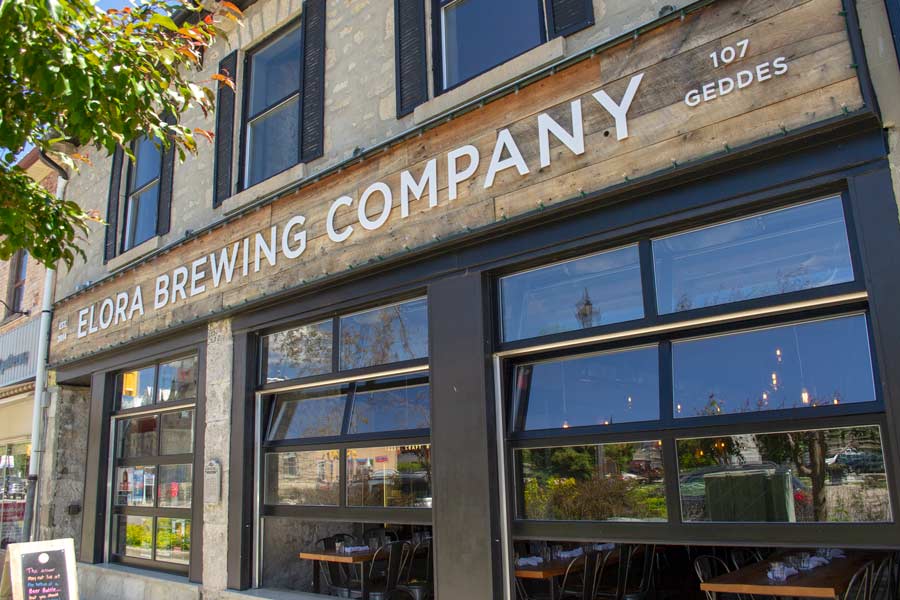 Brewing grant - The Elora Brewing Company received $62,903 from the federal and provincial governments through the Canadian Agricultural Partnership. Photo by Jaime Myslik

ELORA – The Elora Brewing Company is expanding with the help of almost $63,000 from the federal and provincial governments.

On June 10 it was announced that the two levels of government were teaming up to provide $1 million to 20 craft brewery projects through the Canadian Agricultural Partnership.

Elora Brewing Company co-owner Jon Laurencic said the brewery applied to the grant last spring and learned it would be getting a cut of the grant towards the end of last summer.

The $62,903 grant has already been given to the Elora Brewing Company and was used to install the infrastructure needed to bring in four new 6,000-litre tanks.

“Since, it feels like, the minute we opened we started thinking about how to get more tanks in here and stuff like that,” Laurencic said.

“So in order to … continue to satisfy the demands for our products …. we know that this had to get done and we were going to make it happen one way or the other.”

In order to bring in the additional tanks, which Laurencic said would more than double the brewery’s production capability, the infrastructure needed to be in place.

The grant helped provide the brewery with all the equipment needed for the tanks: a glycol chiller needed to regulate the temperature of the beer, energy efficient piping, a new cleaning process and a chilling unit for the finished products in the warehouse.

“It’s also going to be running a lot more energy efficient than what we may have been able to float before and same thing with … all the associated piping,” Laurencic said.

“It’s high efficiency, there’s not a lot of heat transfer associated with all that piping so the equipment that we did buy, it sort of helps us save water, save energy.”

The Elora Brewing Company is owned by a close knit group of owners and they’ve been funding the brewery largely on their own.

“So this helps us continue to grow our business and invest back into the community with more job opportunities for people as we increase our capacity,” Laurencic said.

“If we didn’t have this grant it would definitely be a little bit more tricky kind of pulling the trigger on an expansion of this size.”

The additional tanks will allow the brewery to brew more beer.

Though the brewery is now located in Hespeler Village in Cambridge, its roots are in Rockwood, where four dads began selling their beer in 2016 out of a refurbished barn.