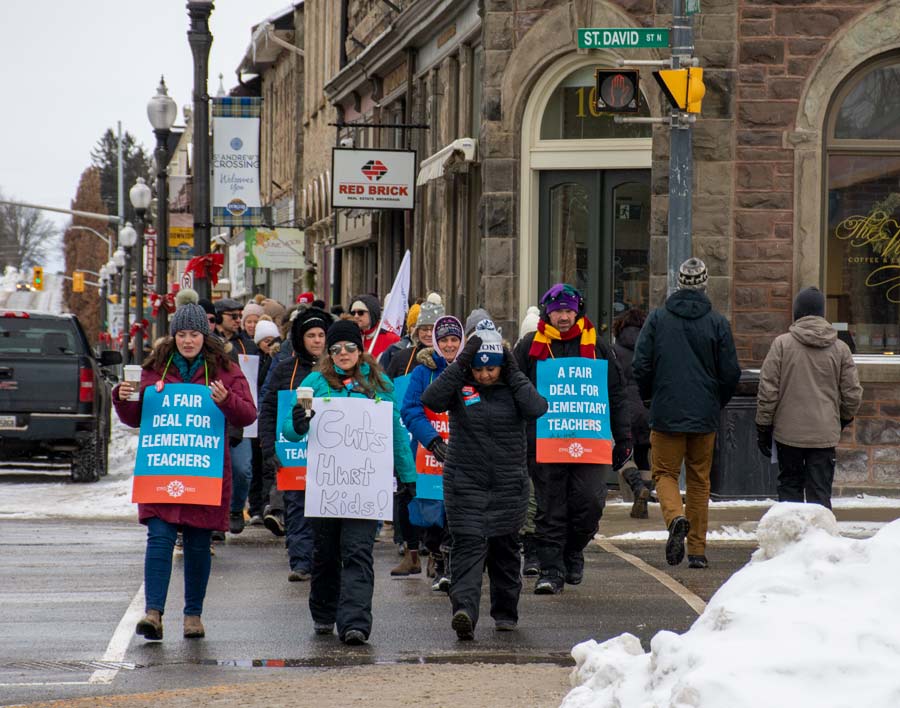 Four-union strike - The four major unions representing Ontario educators are planning a joint province-wide, one-day strike on Feb. 21. The strike is expected to close all publicly-funded elementary and secondary schools for the day. Advertiser file photo

WELLINGTON COUNTY – Next Friday, the four major unions representing Ontario educators will hold a one-day strike across the province.

Unions involved in the Feb. 21 strike are the:

Wellington County school boards did not immediately post updates on the Feb. 12 announcement, but the strike is expected to close all publicly-funded schools in the county.

“This is the first time since the political protest of 1997 that teachers and education workers from Ontario’s main education affiliates will all be out of their classrooms on the same day,” union officials wrote in a joint press release.

“Nearly 200,000 teachers and education workers will strike across 72 school boards, affecting nearly 5,000 schools across the province in protest of the government funding cuts to education.”

“If we allow the government to implement its plan fully, thousands of teaching positions and tens of thousands of course options will be lost,” said OECTA president Liz Stuart.

Union leaders also worry about what they call the “dismantling” of the “world-class education system.”

“By not seriously addressing the issues critical to students and student learning, the Ford government has made a sham of contract talks over the last seven months,” said ETFO president Sam Hammond.

“Continued escalation of job action by the teachers’ unions has gone on far too long,” Lecce stated in Feb. 7 release. “Students across the province are being hurt by the withdrawal of services and loss of classroom time.”

As of Feb. 12 no other strike days had been set by the unions.