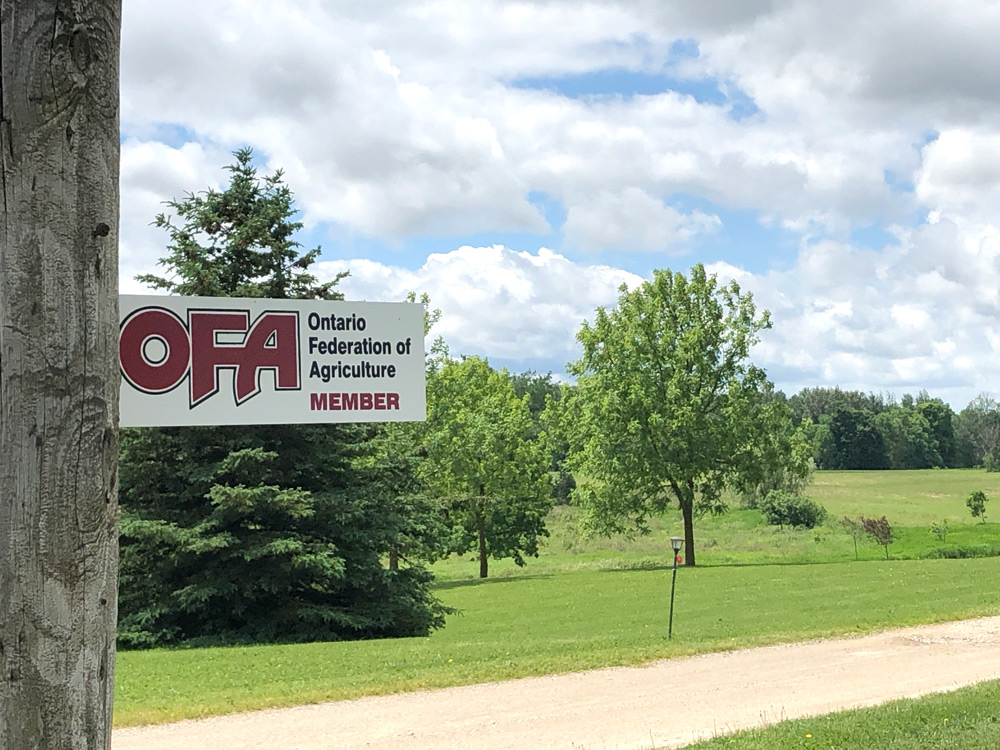 Mapleton Township council has agreed to participate, if selected, in a cost of community services study with the Ontario Federation of Agriculture. Advertiser file photo

MAPLETON – The township has agreed to participate in study on the cost of community services in cooperation with the Ontario Federation of Agriculture (OFA).

Lefort explained the studies provide “snap shots in time” of the fiscal impact on a municipality in a particular year for various types of land use: residential, commercial/industrial and farm/forest.

“These are pretty common in the U.S. We’ve seen hundreds of these studies [there],” said Lefort.

He added only three studies have been done in Canada, including two in Ontario with which the OFA has been involved.

In 2020 the OFA completed its second cost of community services case study, in the Dufferin County township of Mulmur.

“We ask municipalities to deliver many different services and only give them one revenue tool to do that, which is property tax and that … can be a bit of a blunt instrument,” said Lefort.

“Maybe some particular services make more sense to be financed from a different source like income tax, which is at the provincial level.”

Lefort said data analyzed for Mulmur Township showed that for every residential tax dollar brought in, residential taxpayers received 92 cent worth of services.

Lefort said the commercial result in Mulmur was unusual in that most studies show commercial is the least demanding property class in terms of services demanded.

“That’s what happens when you have a case study in one municipality in one year,” he explained.

“And you have a very small property class of commercial/industrial in Mulmur, so … if there’s a little bit more than expected demand for particular type of service in one year, it can throw results off what we would expect. Which is partially why you need to do many of these studies.”

Lefort said a major focus of the OFA’s Producing Prosperity policy initiative is on rural roads and bridges and other rural infrastructure.

“We’re looking at other different services within the studies that … if they were uploaded it would be extremely beneficial to the rural municipalities,” said Lefort.

“One example we were looking at in the last study is the educational property tax base, where it is kind of an awkward fit, where the municipality still collecting, officially, property tax, but not really directly involved in education policy.”

Police services as well, said Lefort, “are a lot of cost to municipalities.” However, he noted, “a lot of the policies are generated at the provincial level.”

“I’m not sure how that increases revenue for a municipality because … all we’re doing is collecting it and funnelling it via the county to the province,” she pointed out.

“So if suddenly it’s collected in a different way, we’re not gaining that income. The people aren’t going to continue to pay that amount to Mapleton and also pay their education taxes by a different route. So we’re not really gaining through that theory.”

Lefort replied, “In theory, it would allow you to continue to collect a similar amount of property tax, or maybe even a slight reduction, but keeping it more for services within your municipality.

“Whereas income tax, sales tax … land transfer taxes, that provincial government have would absorb it and it wouldn’t necessarily be a particular line item on anyone’s tax bill.”

“So you’re saying that if, for example, our farm paid $500 in education taxes and then it was uploaded to the province to collect it elsewhere, you’re suggesting that the municipality could just continue to collect that and keep it for themselves? I think the taxpayers would kind of see through that,” said Ottens.

Lefort responded, “If the case was made that the dollars were being used for services that benefit taxpayers within the municipality … if you took an extra $500 off your farm and put it into roads and bridges and multiply that by all the other farms in the area … what we found in Mulmur is there would have been more than enough to close the infrastructure funding gap there and bring all of the roads and bridges up to code and have them fully funded moving forward.”

“I guess we could do that now and let the chips fall, but I don’t think that would go over very well,” Ottens observed.

Mayor Gregg Davidson said, “It’s not going to be easy to upload anything to the province. They like to download, not upload.”

However, he noted participating in the study would “give us another set of eyes to look at how we spend money.”

Lefort estimated about 20 to 30 hours of staff time would be required.

“Given Mapleton is a strong agricultural community and given our relationship with the OFA, I would recommend that we go ahead with the study,” said Mapleton CAO Manny Baron.

“More information is always more power, in my opinion, that we can use to help ourselves.”

Council passed a resolution accepting the presentation as information and directing staff to work with the OFA in the event Mapleton is chosen to participate in the study.

Lefort said there has been considerable interest from Ontario municipalities since the results of the Mulmur study were released.

“In September, I’ll be going to the OFA board and saying here’s all the municipalities that said, yes, they would like to host, and then they’ll tell me where to follow up with from there,” he explained.