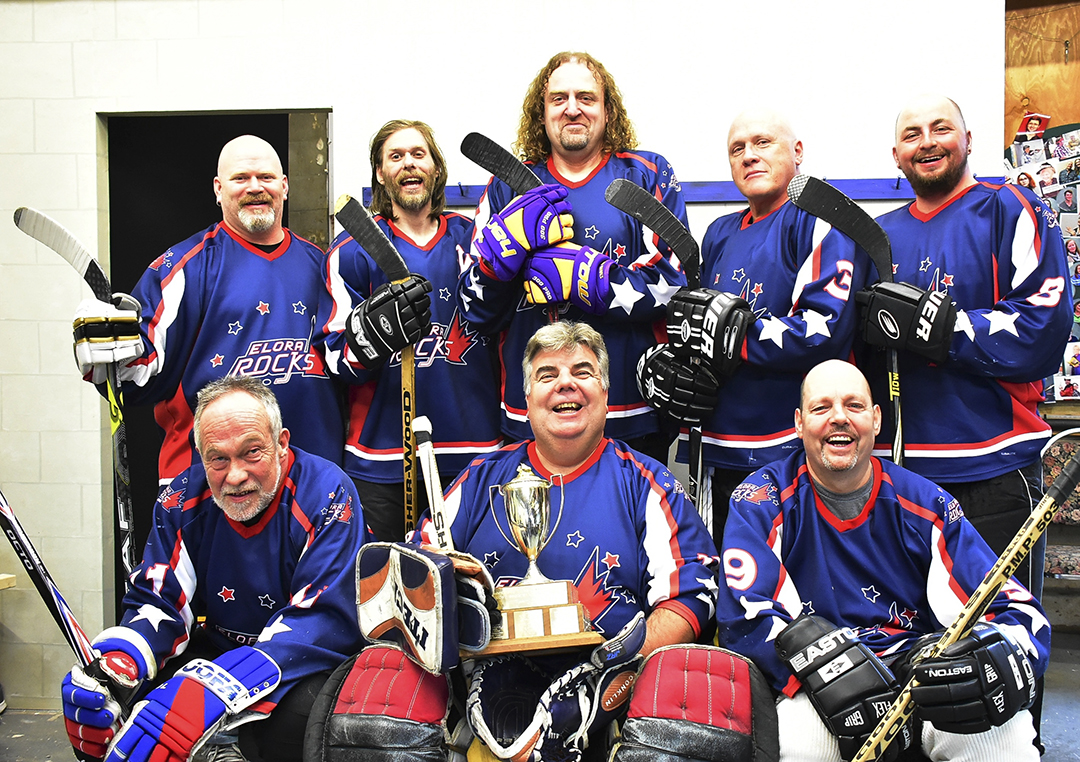 The cast of Shorthanded, directed by Jim Monaghan and Kimberly Young, will open at the Fergus Grand Theatre on May 3 for a two week run.

Some may also recognize the jerseys being worn by the actors are borrowed from the Elora Rocks.

Shorthanded, which was written by Michael Grant of Elmira, takes place in the dressing room of an arena in small-town Ontario.

The play, which won the best new comedy award in 2012 from the Playwrights Guild of Canada, revolves around a group of eight hockey players who are playing in Game seven of the local old timers’ hockey league final.

It could be their chance at redemption, as they are still haunted by a legendary Game seven loss as Junior B hockey players in their hometown.

“It has a few poignant moments, but it is a very funny, true Canadian play about small town life, enduring friendships and hockey,” said Monaghan.

The set, designed by Robert Banning, has been made to look like a hockey dressing room, reminiscent of those in arenas across Wellington County. Even rubber mats have been brought in to both protect the Grand Theatre stage from the actors’ skates and to give the authentic dressing room feel, complete with the smell.

For every seat bought to see Shorthanded, theatre goers will receive a free entry ballot to win a chance for a pair of Toronto Maple Leaf tickets for a regular season game in 2019/20.

Opening night on May 3 will offer a cash bar, door prizes and an appearance by former NHL player Jack Lynch.

Tickets are available at the Fergus Grand Theatre Box Office, by calling 519-787-1981 or online at Fergusgrandtheatre.ca