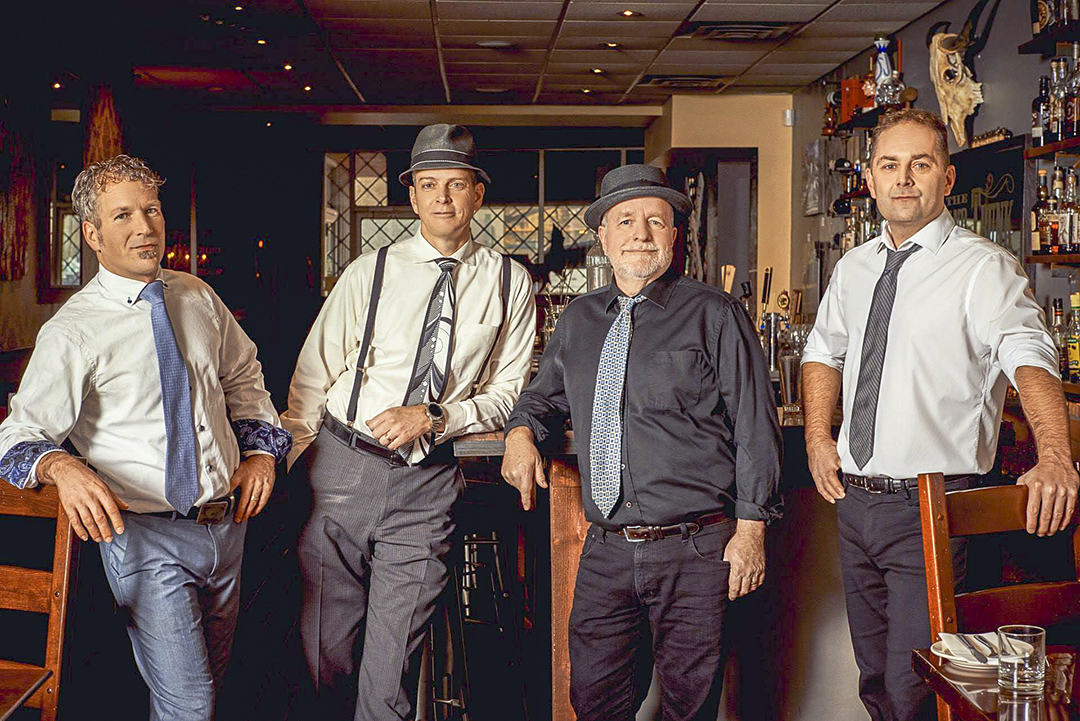 Elora appearance - The Electric Vinyl Orchastra is coming to the Elora Legion on May 4 at 8pm. Submitted photo

ELORA – Guelph band, Eclectic Vinyl Orchestra (EVO), will return to the Centre Wellington area for one performance at the Elora Legion on May 4.

Playing high energy swing, jump blues and dance-hall standards and styles from the 1920s to the 1950s, Eclectic Vinyl Orchestra’s music reaches audiences in a way that gets people dancing, singing along and calling for more.

This band is familiar with the Centre Wellington area.

“Back in 2016, after doing a benefit show at the Elora Centre for the Arts, EVO was really interested in more opportunities in our area,” concert organizer Curt McQueen said.

“I booked them in for a spring 2017 show at the Elora Legion.

“It was a big success, so we have carried on with the tradition.  The upcoming concert will be the third annual.”

The show will take place on May 4 at the Elora Legion.

Doors open at 7:30pm with EVO taking the stage at 8pm.

Tickets are $10 in advance at ticketscene.ca and $15 at the door.   For more information visit eclecticvo.com or Kcm Shows on Facebook.