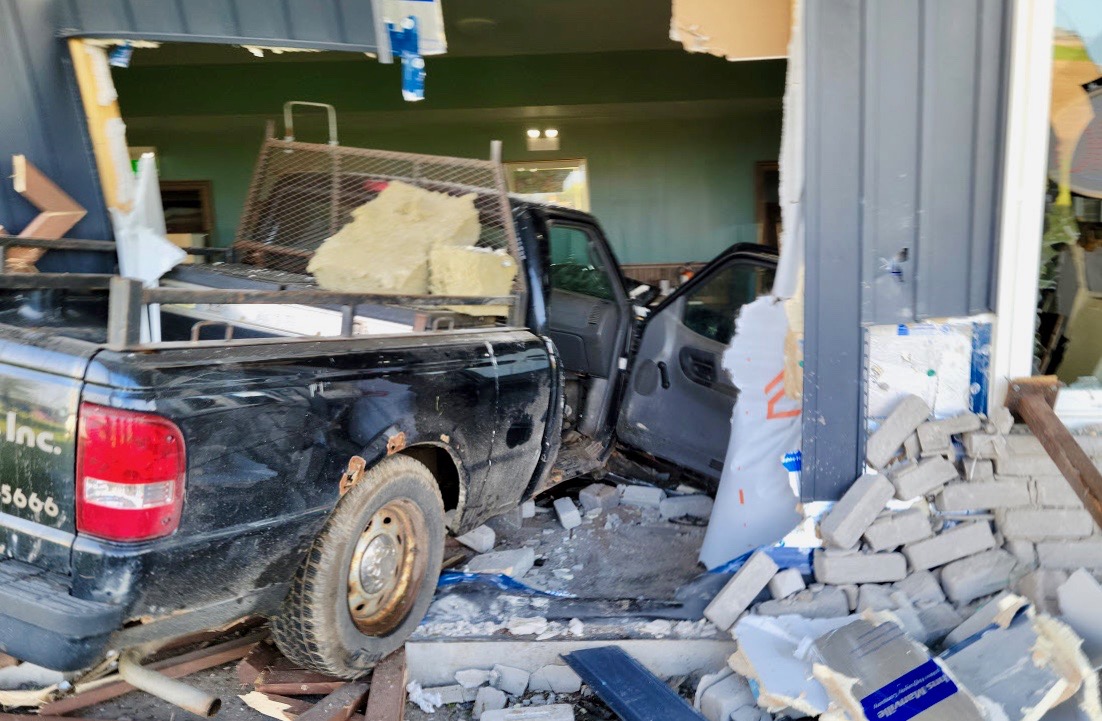 A truck crashed into a Mapleton restaurant early in the morning on May 18. Nobody inside was hurt and the driver was taken to hospital with non life-threatening injuries. Submitted photo

MAPLETON – A driver was taken to hospital after a pickup truck crashed into a restaurant here early on Wednesday morning, but no one inside the building was hurt.

Emergency crews responded to the scene, on Wellington Road 86 at Sideroad 15 in Mapleton, on May 18 at about 6:45am.

“Initial reports indicated that a pickup truck had struck a restaurant and that the driver was trapped,” Wellington County OPP officials stated in a press release.

The driver, a 41-year-old from Palmerston, was transported to a local hospital with non-life-threatening injuries, police say.

“There were people in the building at the time of the collision, however none had sustained injuries,” states the release.

The cause of the collision is being investigated and police are asking anyone that may have witnessed the crash to call 1-888-310-1122. 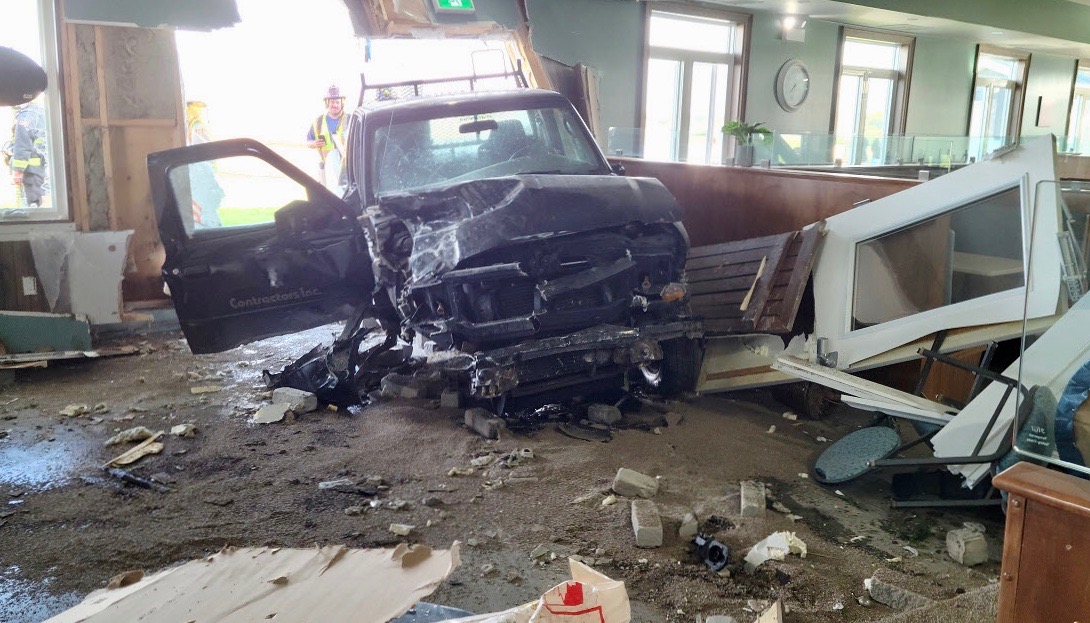