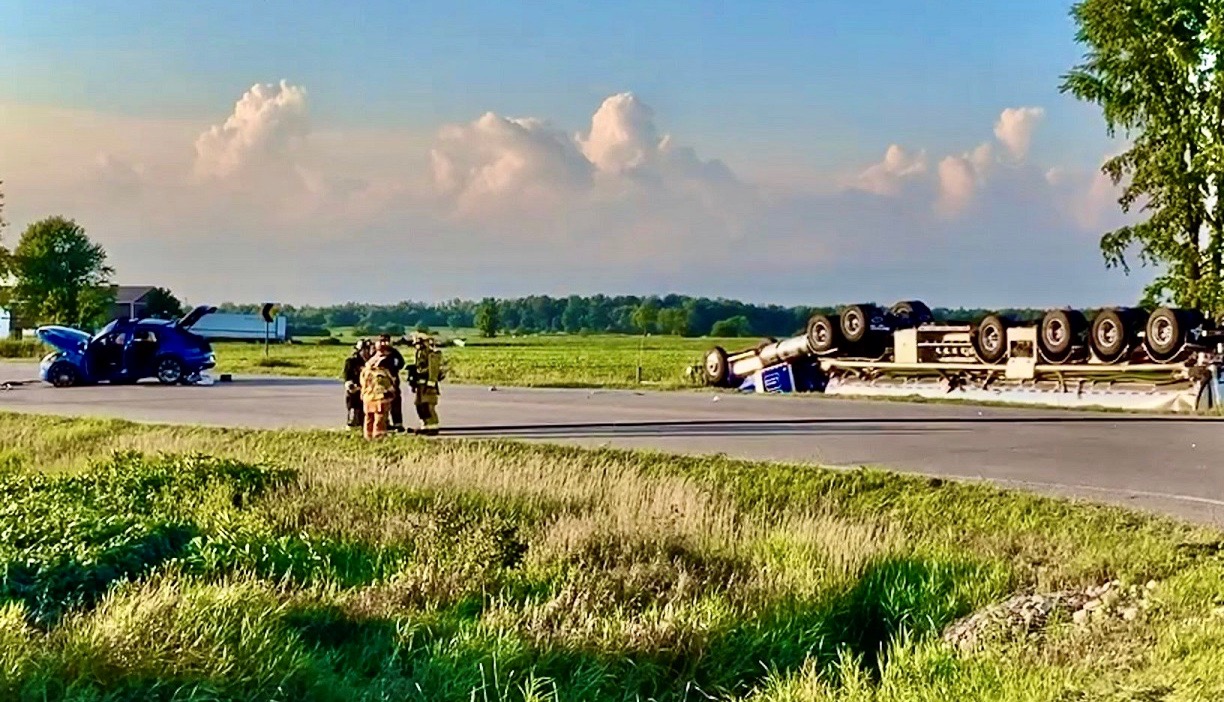 A Caledon woman died and two others were seriously injured on Aug. 10 when a tractor trailer and SUV collided on the S-bend at the intersection of Perth Road 140 (Wellington Road 9) and Perth Line 91, between Moorefield and Palmerston. (OPP photo)

Police did not identify the individual charged.

Emergency crews responded on Aug. 10 at about 6pm to the collision at the S-bend at the intersection of Perth Road 140 (Wellington Road 9) and Perth Line 91 (Wellington Road 8) in former Wallace Township.

The intersection, located southwest of Teviotdale, between Moorefield and Palmerston, is controlled by stop signs in the north and south directions.

A passenger in the SUV – Girga Persaud, 55, of Caledon – was pronounced dead at the scene, while the other two occupants of the SUV were transported to the Palmerston hospital with serious injuries.

The driver of the tractor trailer fuel truck, which came to rest upside down in the ditch, was not injured.

Asked why the name of the charged driver is not being released, Provincial Constable Jillian Johnson said she is following OPP policy.

“I understand the public interest in this occurrence, however, whenever there is an injury, for the privacy of the individual, their name will not be made public by the OPP,” she stated in an email to the Advertiser.