Drayton native Scott Cherrey was joined on the ice at Scotiabank Arena by his parents, wife and children, and a busload of supporters from his hometown area who made the trip to Toronto on April 17 to see him recognized at a Maple Leafs’ home game for reaching his 1,000th game as an National Hockey League linesman. Submitted photo

TORONTO – Often when an NHL linesman finds himself drawing the crowd’s attention at a game it’s the result of a call some in the stands find questionable.

But there was nothing but cheers for Drayton native Scott Cherrey when he stepped into the spotlight at Scotiabank Arena before the Toronto Maple Leafs’ April 17 home tilt with the New York Islanders.

Cherrey was celebrating his 1,000th  game calling the lines at hockey’s highest level and was the focus of a pre-game ceremony during which he was presented with a commemorative Tiffany crystal by Stephen Walkom, the NHL’s senior vice-president of officiating.

Joined on the ice by his parents John and Linda Cherrey and his wife Christa and their children Tyson, Katelynne and Kaese, Scott was also backed by a crowd of hometown supporters who had bused in for the game.

“The evening itself was something that we’ll obviously always remember,” said Scott.

“It was very important for me to have my parents out there with me to celebrate the milestone. They’ve been such a huge part of growing up and supporting me all along the way. And then obviously, I can’t do this profession without the support of my wife and kids. They allow me to go away for extended periods of time to do this job.”

Able to select the game for his recognition ceremony, Scott said a Toronto contest was a natural to allow friends and family to attend.

“Obviously to have a busload of people come from Drayton and Palmerston and Pike Lake area, it was just very overwhelming,” he recalled.

“And we got a pretty cool little photo after the game. They allowed us to go out onto the ice with the entire group that came down. And so that was pretty neat to be out there.”

Among those on hand for Scott’s 1,000th game was his uncle, Will Norris, a former NHL linesman with 1,500 games to his credit.

“He was a part of Scott’s journey,” Linda Cherrey told the Community News.

Scott added, “He is the reason why I’m in this profession.”

Scott progressed from playing minor hockey in Drayton to a spot with the Jr. B Listowel Cyclones when he was 16 years old. In 1993 he was drafted third overall by the North Bay Centennials of the Ontario Hockey League (OHL). He averaged 48 points per season his first three years in Junior A and was drafted in the second round (41st overall) by the Washington Capitals in the 1994 NHL draft.

However, he never signed an NHL deal and later played for the University of New Brunswick, and one season as a professional in the East Coast Hockey League.

It was at a family golf tournament in 2002 that Norris suggested Scott take up officiating.

“I kind of laughed it off to start, but then once the round went on, I was a little bit more intrigued,” Scott recalls.

He ended up signing up for the North America School of Officiating in Guelph, which was run by NHL officials and used at the time by various high-level leagues as a recruiting tool.

“That was my first experience putting the stripes on and … I embraced the challenge of learning the craft and never looked back,” said Scott.

From there he progressed through the Junior A ranks with the Ontario Hockey League to minor pro with the American Hockey League, finally arriving in the NHL in 2007.

Scott says highlights of a 15-year career on the ice include his first NHL game in Washington. 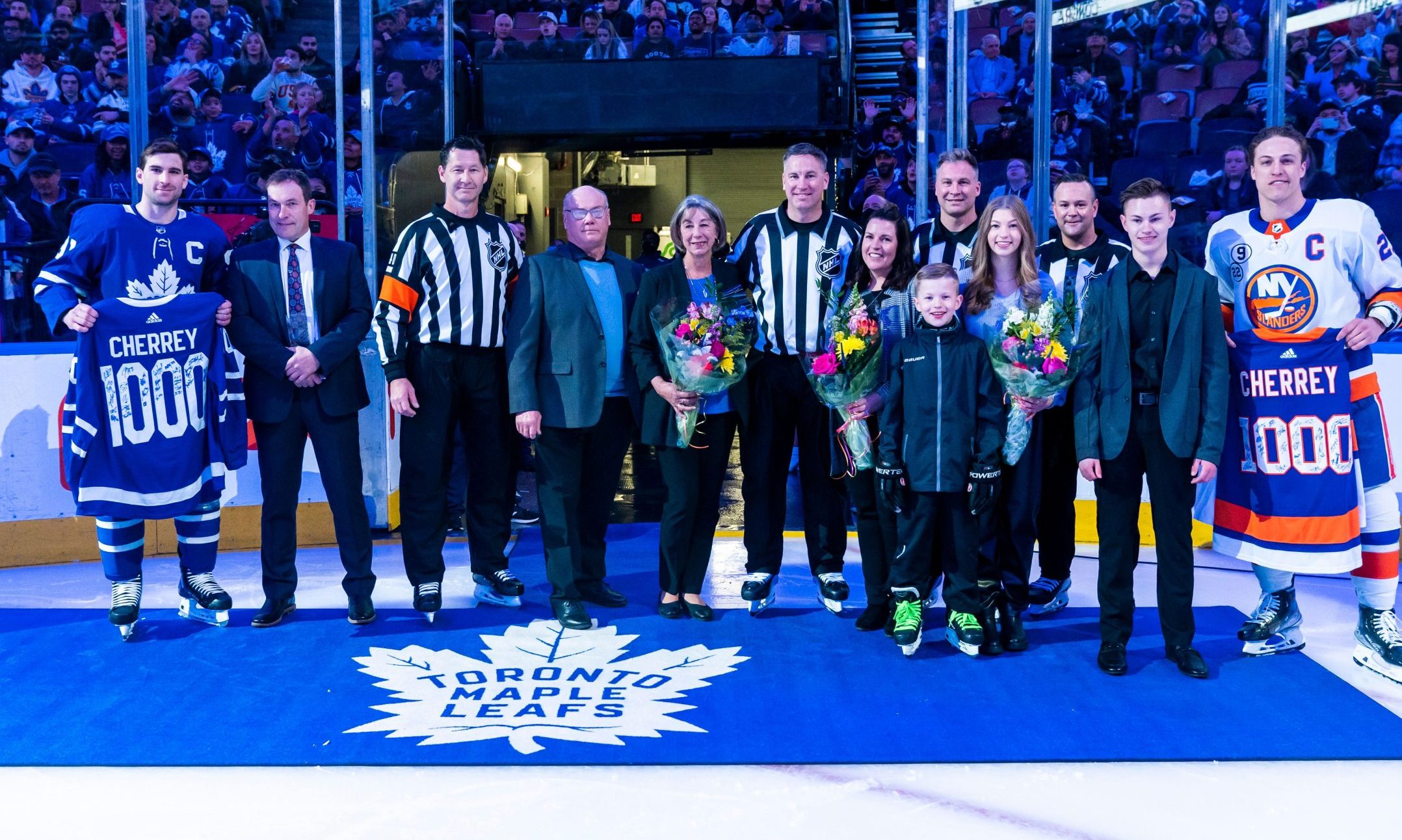 “It was a team that I was drafted to and then I ended up working my first game as a linesman in Washington. So that was kind of a unique situation,” he notes.

“Obviously, the highlight would be 2019. I was selected to work game seven of the Stanley Cup finals (between the Boston Bruins and St. Louis Blues). So that was obviously a very special game,” he said.

Another notable night on the lines for Scott was the infamous 2020 contest in Toronto where 42-year-old Zamboni driver David Ayres was called upon as an emergency backup goaltender for the Carolina Hurricanes, and ended up recording a win over the Leafs.

“Yeah, I was part of that one,” he said. “Earlier in my career, I met Gordie Howe,” added Scott, noting the legendary NHL player “came into our room and I got to … meet him and shake his hand.”

Always a fast game, hockey seems to be played at a faster pace than ever in recent years, Scott observed.

“I’d say the game each year seems to be getting faster and that’s attributed to some of the rule changes, but I think … the speed in which the players are playing these days is just phenomenal.”

Passing the 1,000-game mark, while cause for reflection, hasn’t got the veteran linesman thinking too far into the future and he has no target for hanging up his whistle just yet.

“It seems like just yesterday, 15 years ago, where I was the young guy sitting in the room at training camp and listening to other senior officials discussing their thousandth or their fifteen-hundredth game – or even their retirement speeches and that sort of thing – and thinking, ‘Well, I got lots of time,’” he said.

“But, you know, sometimes the days go by slow but the years go by fast, and now I’m one of the senior guys on staff and I just take a year at a time and make sure that I look after myself and obviously, continue to enjoy putting that striped jersey on every game.

“We’ll just let the rest take care of itself.”