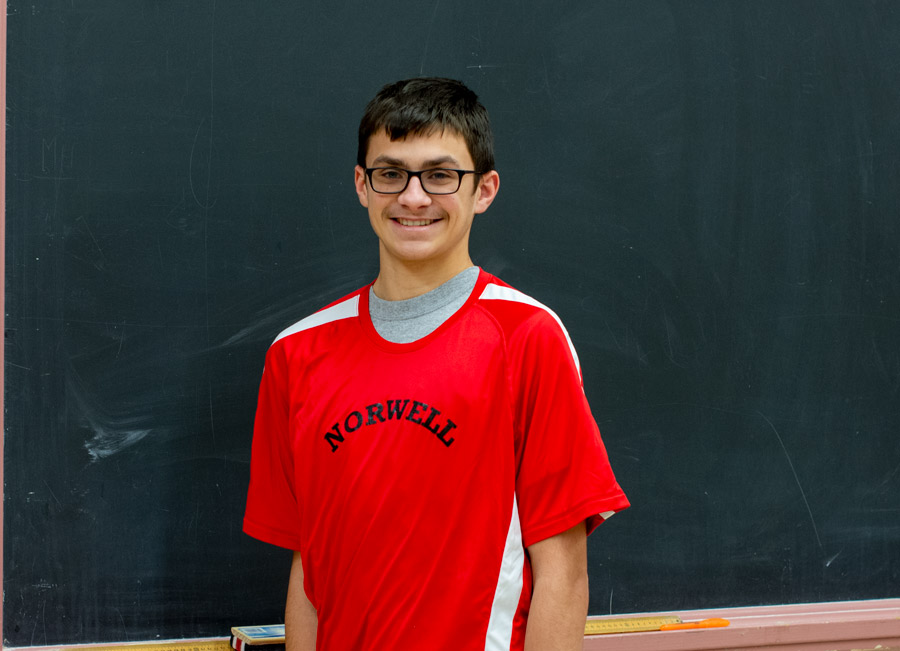 DRAYTON – A local hockey player is going to make his international debut in Las Vegas this spring.

Rourke Martin, 17, of Drayton has made it onto Team Canada for the International Disabled Hockey World Cup, which will take place in Las Vegas from May 11 to 17.

To try out Martin, a Grade 12 student at Norwell District Secondary School in Palmerston had to submit a three- to five-minute video demonstrating his shooting and passing skills.

“I’m really good at scoring goals and I’ve been playing forward for a long time,” he said.

The program provides children and adults with developmental disabilities the opportunity to participate in a hockey program tailored to their specific needs.

Martin has been on the team for five years, and before that he played minor hockey in Drayton for another five years.

When Martin learned that he had made it onto Team Canada he said he was “really happy and super pumped.”

He’s most looking forward to the chance “to play against other countries and to win a gold medal.”

Norwell teacher Tyler Holland had nothing but good things to say about Martin.

“Rourke is a good team player because he is very positive, he always tries his absolute best, he’s outgoing, he’s confident, all that sort of makes it so he’s easy to play with and he’s easy to have play for you as well,” Holland said. “He’s just a great kid.”

And the community is behind him. Holland said that the students and staff are very excited for Martin.

“I’m sure his hand hurt from giving out high fives because he was high-fiving everyone down the hallway,” Holland said, after the school announced that Martin made the team in mid-January.

At the Feb. 11 meeting, Martin received a $250 athletic and cultural bursary from the municipality.

The purpose of the bursary is “to encourage youth who reside in the Township of Mapleton to expand their life experiences through sport and to offset the cost of competing at the provincial, national and international level.”

“We’re just all pretty proud of you,” councillor Dennis Craven said at the meeting. “Keep up the good work.”

Councillor Michael Martin asked that Martin return to council after the tournament and share his experiences.

Martin is not the only member of his family going to Las Vegas. His father, Tim Martin, will be coaching the team which will consist of players from across Ontario including Kitchener, Guelph, Durham, Mississauga, Toronto, Kawartha and Ottawa.

“Tim  is excited about the chance to coach this team and to get to experience this adventure with Rourke,” Martin’s mom Heather wrote in an email to the Advertiser.

He was approached by Canadian National Special Hockey to coach Team Canada after spending years coaching with Drayton Minor Hockey.

In order to raise the funds to get to Las Vegas Martin is fundraising through chocolate sales.

The page explains that having a disability has never held Martin back.

“He still has the dreams that other kids have and we have always encouraged him to try and never give up,” Heather said on the page.

“Rourke joined the Kitchener Ice Pirates Senior team which is an inclusive hockey program about five years ago after playing in Drayton Minor hockey.

“He grew here making friendships and feeling like he fit in.”

Inclusive hockey is a program for people with development disabilities and teams are formed based on ability, not age.

“The program is adapted to meet the needs of these players,” she said.

As much as Martin is focused on hockey and he loves the sport, he said he hopes that he’ll get to do some sight-seeing in Las Vegas to locations like the Grand Canyon.