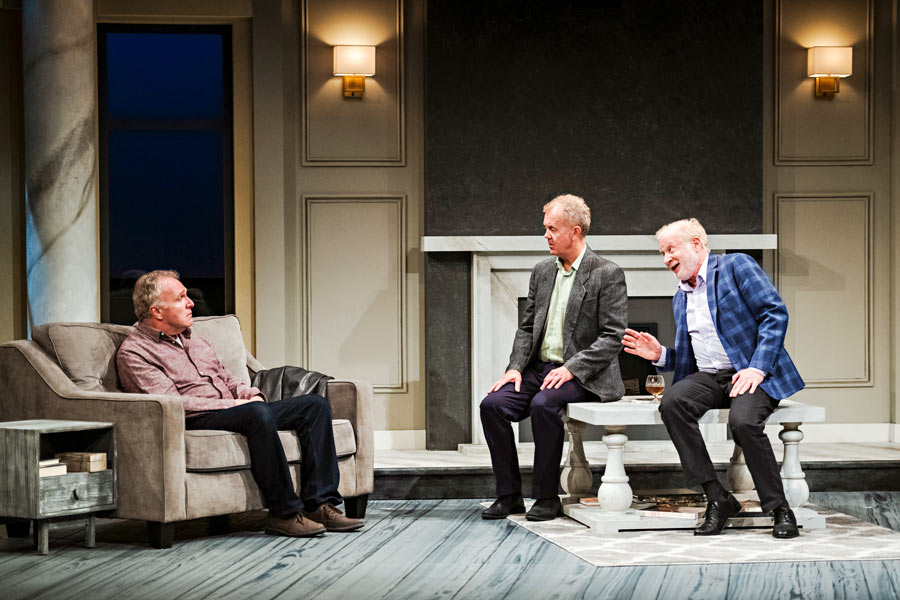 ST. JACOBS – Three men dispute the worth of modern art and ultimately each other in the philosophical comedy “Art.”

Ranging from debate to debacle, “Art” inspires laughter and reflection as it unfolds.

The catalyst is a large piece of abstract art purchased by one of three long-time friends.

He has paid an exorbitant price and when the piece is revealed the controversy begins. Perhaps the use of quotation marks around the title of the play suggests satire.

Much of the fun is derived as their debate about the painting descends into pettiness.

No longer a cultural deliberation, wives and habits are condemned as f-bombs fly. An enraged physical altercation is well choreographed and gleeful to watch.

The power of friendship is weighed.

The action includes delivery of funny and candid speeches addressed to the audience as the other characters “freeze.”

The art purchaser, Serge, is played by Don Most who delivers an enjoyable, dry wit and initially dignified demeanor