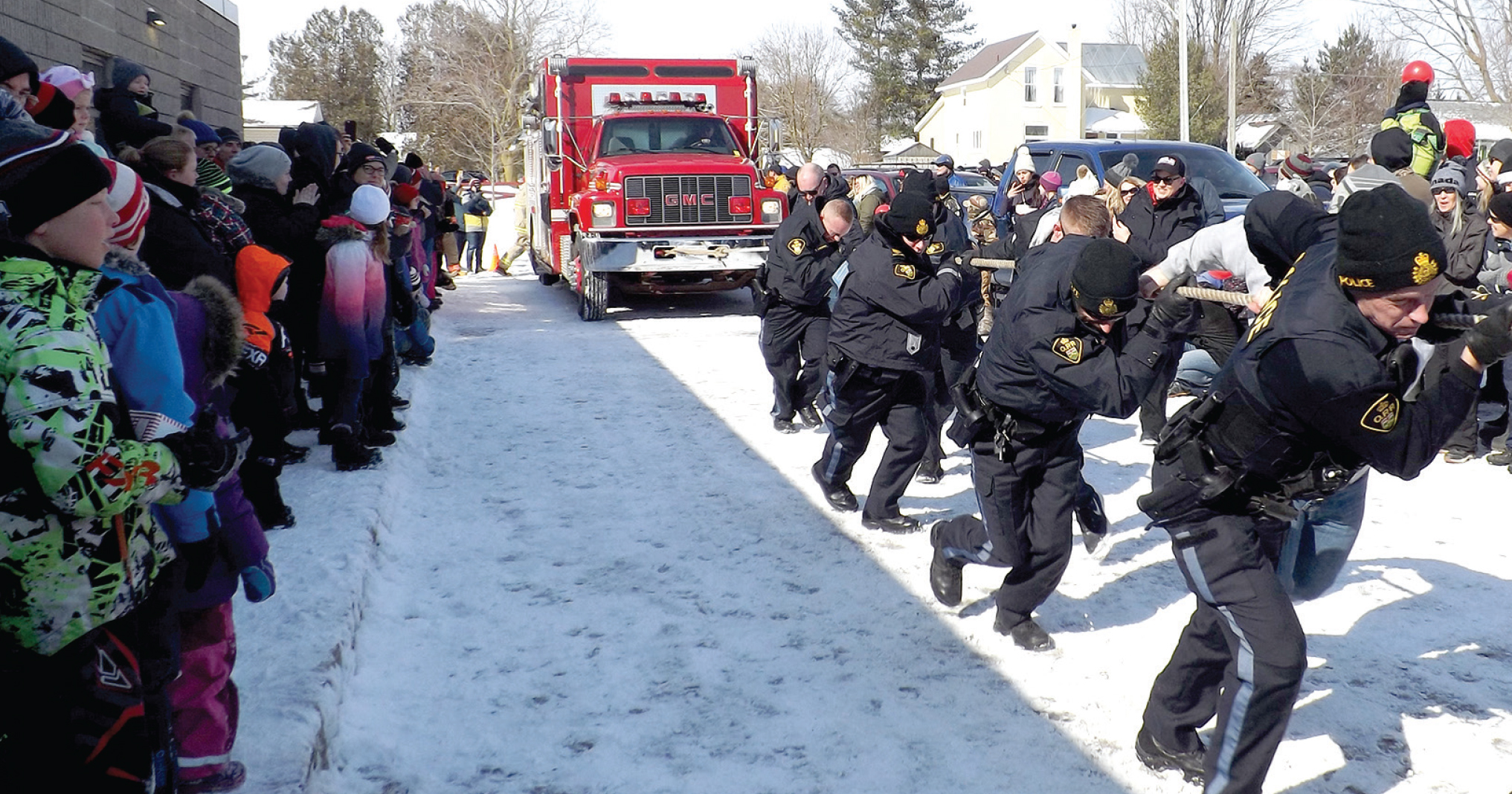 Pulling together - Minto firefighters took on a Wellington County OPP team in a truck pull on Feb. 18 at the Darren’s Day Family Day event in Palmerston. The firefighters edged the police, pulling a fire truck the width of the Palmerston Community Centre in just over 29 seconds. The OPP crew took 33 seconds. More coverage on page 6. Photo by Patrick Raftis

PALMERSTON – Hundreds of local residents enjoyed Family Day at an event held in memory of a devoted family man here on Feb. 18

The event was held in honour of Darren More, who was killed in a motor vehicle collision while on his way to work in July. The driver of the stolen truck that hit More was drug-impaired.

A devoted family man, More was also active in his community and was a supporter of minor sports.

Darren’s Day kicked off with a well-attended breakfast provided by Minto firefighters, followed by a lunch offered by the Palmerston Lions club.

The day also included a variety of winter festival games, including Plunger Toss, hosted  by CSGW, and a Sno-Pitch tournament hosted by the Palmerston Marlins. Board and card games were played in the Palmerston Community Hall, a mini-stick hockey area was set up for youngsters, and members of the Palmerston 81’s Senior hockey team hosted a game of shinny on the main ice surface.

A highlight of the event was a Tug a Truck competition between Wellington County OPP officers and Minto firefighters. The firefighters won the event, pulling a fire truck approximately the width of the community centre in just over 29 seconds, compared to 33 seconds for the OPP squad.

The funds raised by Darren’s Day will go to community improvements, minor sports and Crime Stoppers.

“The support from the community has been incredible,” she said. “Sharing that sense of community, that’s exactly what Darren’s Day is about, to see families coming together and bringing their kids and enjoying the various activities.”

She added, “It’s a great way to celebrate family day and we think Darren would be proud … We think he’d be happy with this.”