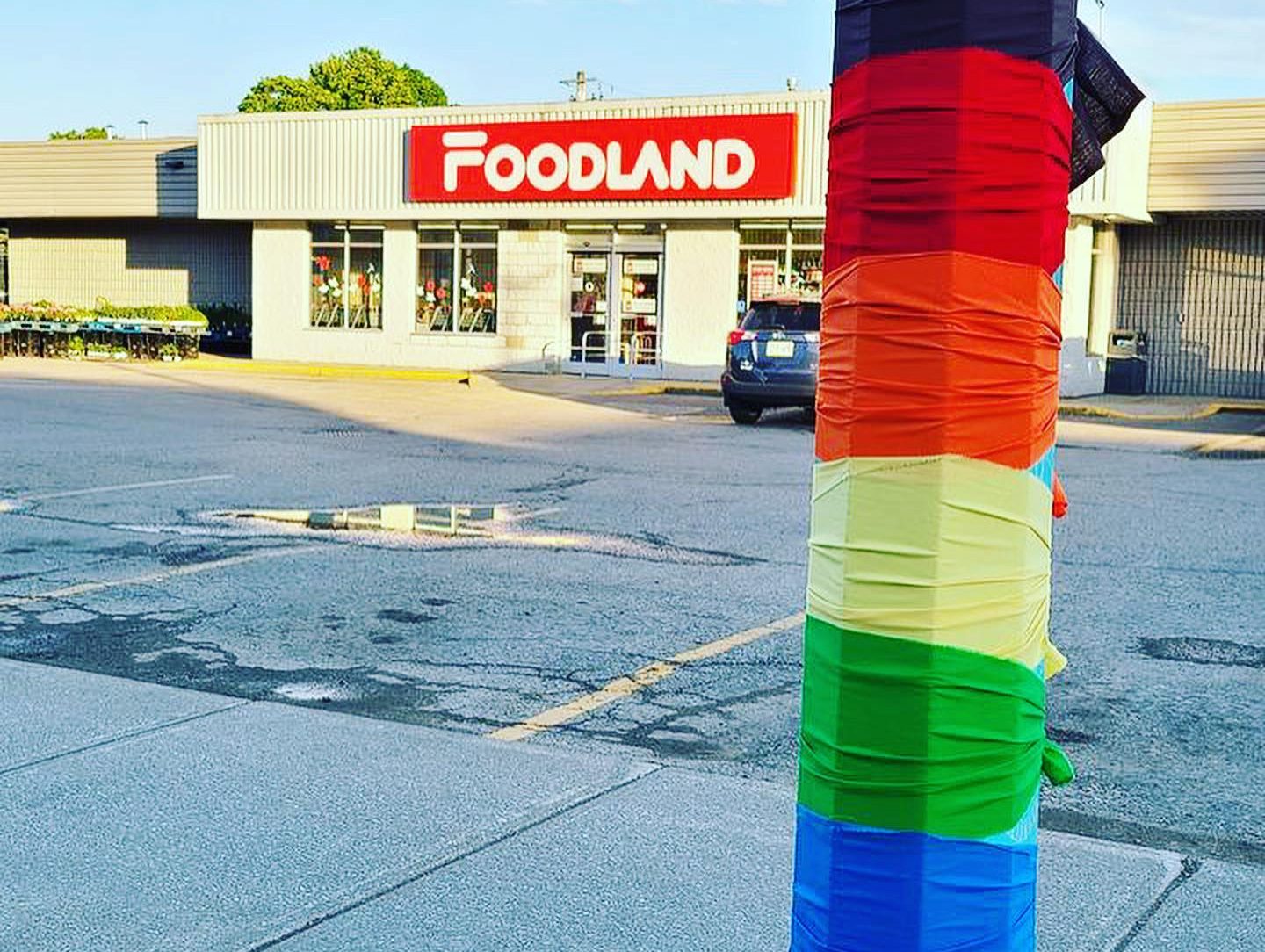 MINTO – Mayor George Bridge and several members of town council have spoken out against recent vandalism of decorations installed by the Minto Pride committee.

The June 7 comments followed a report from director of economic and community development Belinda Wick-Graham on Minto Pride’s work to decorate downtown areas and on plans for Pride Month activities.

“I just want to thank the Pride committee for all their efforts leading up to this, as well as all the great decorations in the downtown core. It always looks super-nice in June,” said Wick-Graham.

On the weekend of June 4-5, vandals took down some of the ribbons and decorations placed around downtown Palmerston in celebration of Pride Month.

“It saddens me,” Bridge said of the vandalism.

“Our community volunteers work very hard, not only to make downtowns look great, but to use these decorations to clearly demonstrate to everyone that we’re a welcoming and inclusive community.”

“Remember what our slogan is: ‘Where your family belongs.’”

Bridge added, “Our vision has always been that the Town of Minto is a friendly, safe, affordable, family-oriented rural community, built on the foundation of respect, volunteerism and prosperous business and sustained by the people who value neighbourliness and fairness and inclusiveness.

“It’s important to stand with Minto Pride and all our associated groups to ensure everyone feels welcome, safe and supported in our community.

“I have to say the actions of a few will not deter the voices of the many who stand up against these acts.”

Bridge encouraged anyone who observes “acts of violence or hate” to call the Wellington County OPP.

“I agree with you 100 per cent,” said deputy mayor Dave Turton.

“And I think some of the folks that are doing the vandalism need to come out and see exactly the strength of our Pride groups in the town because … those folks that are out there, decorating and planning, organizing these events, they’re volunteers.

“So they’re out there working because they believe in something and we certainly welcome that.”

“Even if they don’t believe in … being inclusive in our community, it’s unfortunate that they have to act out in that way.

“If they don’t believe they can speak up and speak up in a civil way, and they’re not about to do that.”

Elliott also encouraged citizens to call police if they observe such incidents.

She noted it was approaching the one-year anniversary of a local solidarity march against hate and racism on June 15, 2021.

That event was held in response to a TikTok video posted from a Harriston residence, containing disturbing references to the murder of four members of a Muslim family in London, Ontario.

“And we’re hoping to begin some community conversations in the fall, followed by some action planning, forming of a committee and development of a plan.”