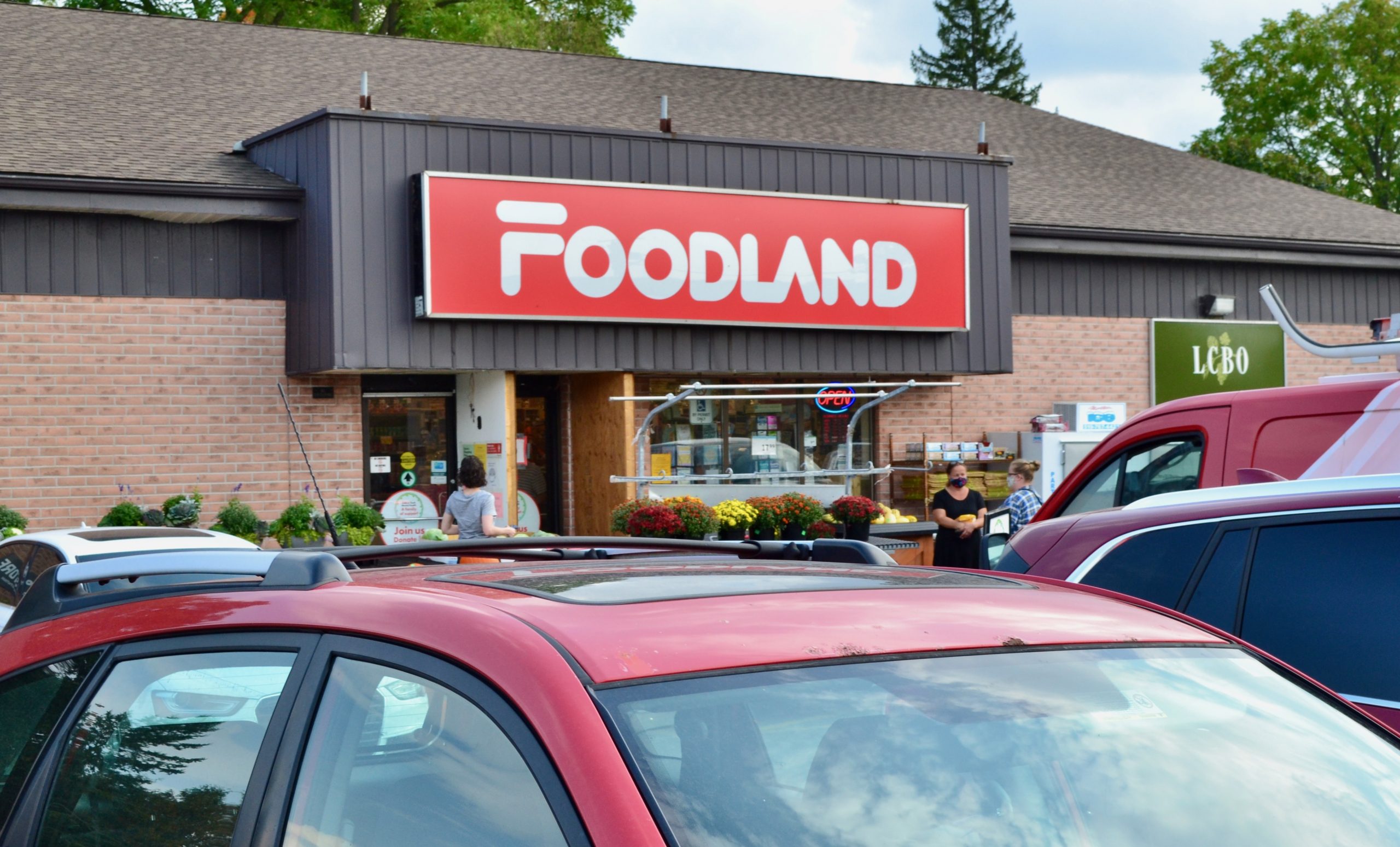 Parent company Sobeys hopes to move the store from its current site at the corner of Alma and Inkerman streets to a location in town that will allow for a larger store. Photo by Joanne Shuttleworth

ROCKWOOD – The Township of Guelph-Eramosa is giving the Foodland grocery store in Rockwood three years to find a solution to the cluster of shipping containers and outdoor storage on its property.

On Sept. 21 council heard that, long term, parent company Sobeys hopes to move the store from its current site at the corner of Alma and Inkerman streets to a location in town that will allow for a larger store.

To allow that to occur, Meagan Ferris, senior planner with the County of Wellington, recommended council pass a temporary bylaw to allow the store to continue its current storage configuration for the next three years.

“Storage is required because of the site constraints,” Ferris said.

“The building is quite small (just 500 square metres) and there is no backroom storage area.”

As well, the grocery store has a beer store and LCBO outlet inside and accepts empties, which also require storage, she said.

“Because it is a corner lot, there is no better location for the outdoor storage,” she said.

“[Sobeys] is actively searching for offsite storage and ultimately a new store location. So, there is a reasonable understanding that this situation will cease.”

Ferris said the matter came to her attention after complaints from neighbours about garbage blowing into their yards and the unsightliness of the shipping containers.

Investigation revealed that the storage area also encroaches onto the Inkerman Street right-of-way. 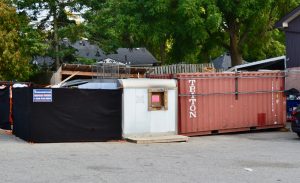 Neighbours have complained about garbage blowing into their yards and the unsightliness of the shipping containers at the Rockwood Foodland. Photo by Joanne Shuttleworth

Neighbours asked for more attractive buffering and more frequent garbage clean-up and Sobeys has agreed to do what it can to make the situation more palatable for those living nearby.

Ferris said the bylaw requires Sobeys to enter encroachment and development agreements with the township and those details would ensure the storage area would not “creep” and that the bylaw has “teeth” if a solution is not found in three years.

The meeting was the required public meeting on the matter and only one resident dialed in as a delegation.

“I live downwind of the garbage and it is an irritant,” said the resident.

“I’d like if in the plan put forward that is addressed as fulsome as possible.”

“They recognize your concern,” said Mayor Chris White, referring to a letter submitted by Sobeys in response to neighbours’ complaints.

Ferris said Sobeys could request an extension after three years if it doesn’t find a new site, but the temporary bylaw would have to return to council for that to happen.

If the property sells before three years, the new owner will have the same permissions, but only for the set three-year term.

“The end game is to have a new grocery store in Rockwood. The demand is there, and the current Foodland is in a pinch for space,” said councillor Mark Bouwmeester.

“I think this three-year agreement is a good thing.”