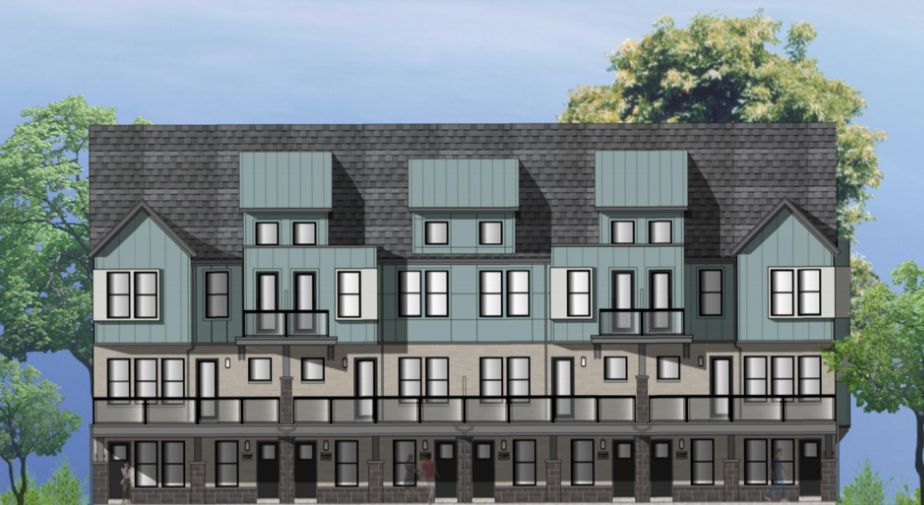 Artist's rendering of the Kensington Square townhouse development on Main Street in Erin.

ERIN – The development of Kensington Square – on the site of the former Erin Public School at 185 Main Street – will be built in one phase instead of two, as originally proposed.

Angela Sciberras, a planning consultant for the town, explained to Erin council on April 6 the owner Kensington Square Developments has revised its plans to eliminate phasing and will wait until the town’s new wastewater treatment plant is completed or near completed to begin the project.

In the two-phased approach, the developer was to install a temporary septic system for the units in the first phase and hook up to the town’s sewage system in the second phase.

“This is a more desirable option,” said Sciberras, adding in the long run it will be less disruptive to neighbouring residents, businesses and traffic flow through Erin Village to have all the construction done at one time.

In an email, the owners of Kensington Square Developments explained that “with the sewage treatment plant being a reality we will dispense with the septic system and develop the property in one phase. Septic systems are no longer permissible in Erin with a wastewater system now expected in Erin and Hillsburgh.”

The proposed project will have a maximum of 70 dwelling units – 54 stacked townhouses and 16 conventional townhouses arranged in eight blocks, with six, eight or 10 units per block.

The 16 townhouses will front onto Main Street, but each unit will have two parking spaces – a garage and driveway – with access from internal roads. Residents will enter and exit the complex from English and Scotch streets.

The units are 1,500 to 1,800 square feet, a size Sciberras called “generous” within the context of the GTA, and the plan includes 19 visitor parking spaces.

The town has clarified that the owner/operator of the business must live in the dwelling, that commercial use be restricted to the first floor, and the allowed businesses may include:

“A live-work unit is not required to contain a commercial use but is designed in such a way to provide for it,” states Sciberras’ report.

“It is recommended that live-work units only be located on the Main Street frontage.”

Sciberras notes in the report that the owner “has also requested flexibility with respect to the dwelling type should the market demand change significantly in the near future.”

Council approved the zoning bylaw amendment to allow the project to move forward.

It will return to council for site plan approval to discuss details such as servicing, landscape plans, roads, lighting and storm sewer management.

Kensington Square Developments told the Advertiser that if the wastewater treatment plant is on schedule and site plan approvals go ahead as they hope, they should be able to begin construction sometime next year.

“There remains a lot of work to do before putting any shovels in the ground. But we do believe this process can move forward quickly, so we continue to work toward that end,” they state.

“Kensington Square should be able to get the site work done next spring and then move right into construction. Obviously, we would like to time occupancy shortly after the (wastewater) system is up and running.

“We look forward to bringing this project to Erin next year and believe it will be a positive development for the community.” 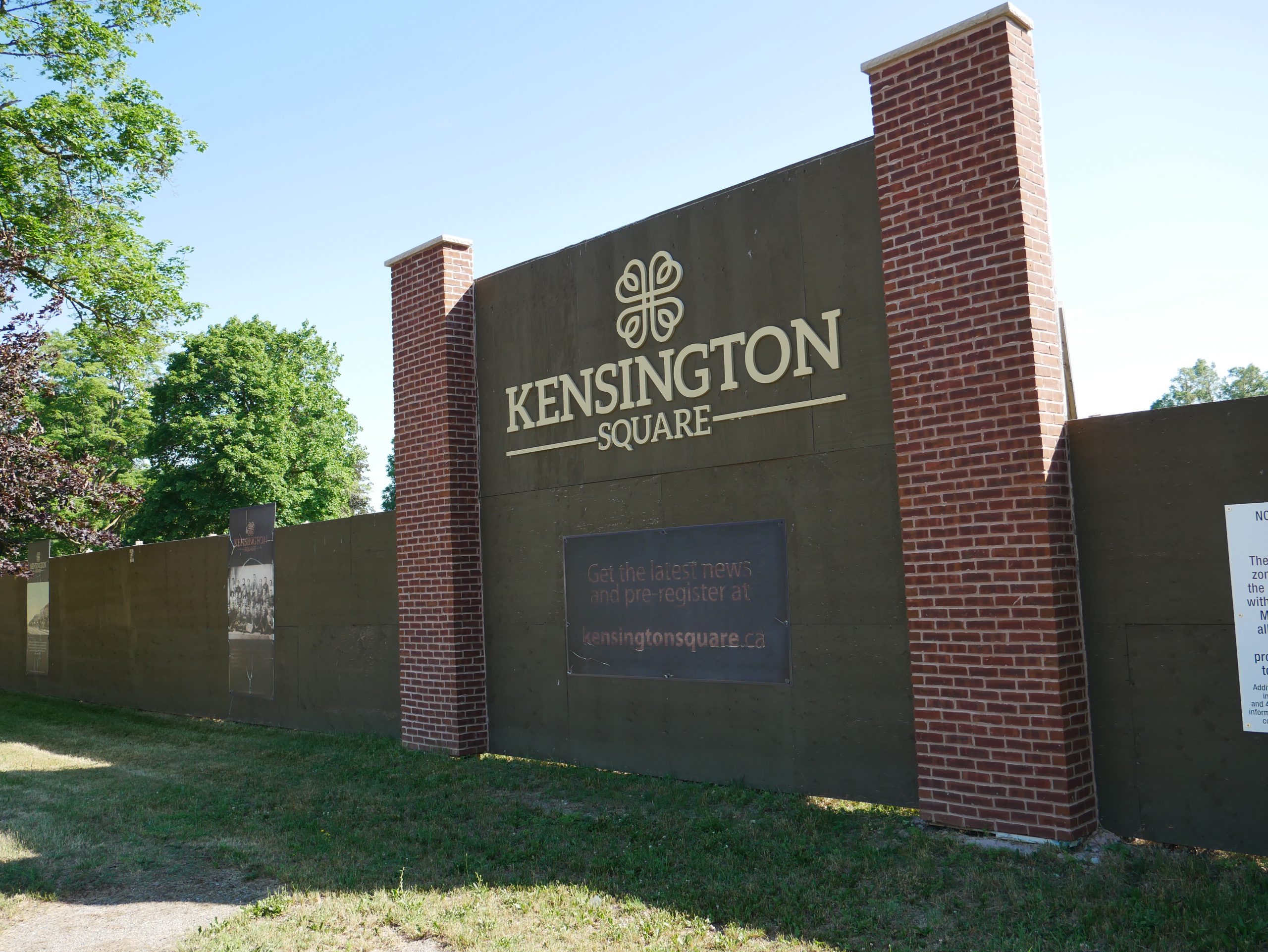