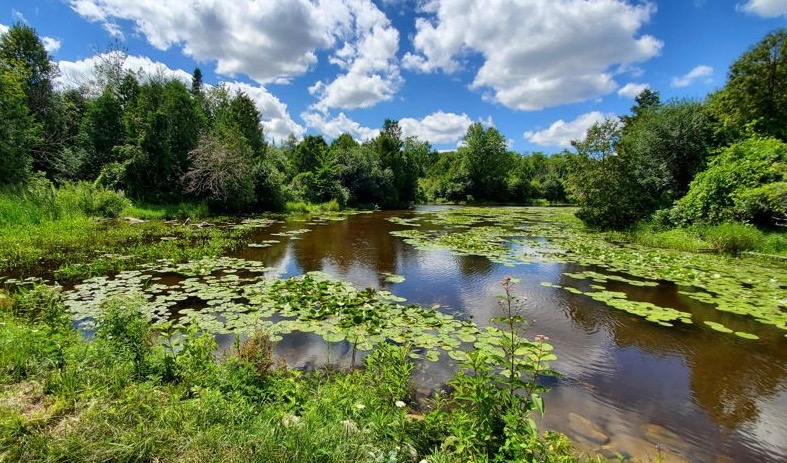 EDEN MILLS – A community group in Eden Mills is planning a naturalization project for the Eramosa River, with plans to donate it to the Rare Charitable Research Reserve.

“After several years of planning and consultation, the community has endorsed a sustainable project to naturalize a pinch point, the location of the existing upper berm and weir, at the head of the East Branch of the river,” stated an Aug. 7 press release from the Eden Mills Eramosa River Conservation Association (EMERCA), formerly the Millpond Association.

Officials say the project will “provide critical ecological services for a stronger, more resilient river ecosystem while protecting it from the extreme weather events, especially droughts, resulting from climate change.”

Construction is planned for September, depending on bids, volunteer labour, donations, federal funding and grants, notes the EMERCA press release.

The group has launched a fundraising campaign to raise $20,000 towards the construction of the “cross vane.”

Along with $18,000 already invested by EMERCA in the project design, Wellington County will support the naturalization project with a grant of $2,000.

The naturalization project will eventually be donated to Rare Charitable Research Reserve, which purchased 87 acres on the 7th Line along the Eramosa River in 2019.

“In addition to lands already acquired, or in the pipeline for future securement, the millpond lands will contribute to the growing Eramosa River Conservation Corridor,” stated Dr. Stephanie Sobek-Swant, executive director of Rare.

She called the corridor “a new long-term, landscape-scale conservation initiative.”

The project will take place in the riverbed and on property owned by Charles and Anna Simon, part of the former millpond footprint leased to EMERCA for a nominal annual fee.

“We are tremendously happy that this key step in safeguarding the health and safety of our beautiful river system is about to be realized,” stated the Simons.

“It represents the culmination of decades of community environmental stewardship work. And its completion will ensure that the historical millpond lands will pass into the safe and capable hands of the Rare Charitable Research Reserve, as an [EMERCA] secure land trust for future generations.”

Sobek-Swant said Rare will continue to work with EMERCA and the Simons “on the most appropriate stewardship and passive recreation usage of the millpond lands.”

In addition to the Simons’ property, EMERCA leases and insures the Edgewood Trails property – also to be donated to rare by the owners – “so people can freely enjoy the beauty of these special natural areas,” officials say.

Last year, EMERCA selected Water’s Edge Environmental Solutions of Cambridge to design a sustainable, naturalized, fish-friendly opening at the head of the East Branch of the river, called a cross vane.

“This will allow fish passage up and down stream during summer drought conditions and high flow conditions,” states the EMERCA release.

“The project benefited from the input of the Ontario Ministry of Natural Resources and Forestry and the Grand River Conservation Authority, and the required permits are in place.” 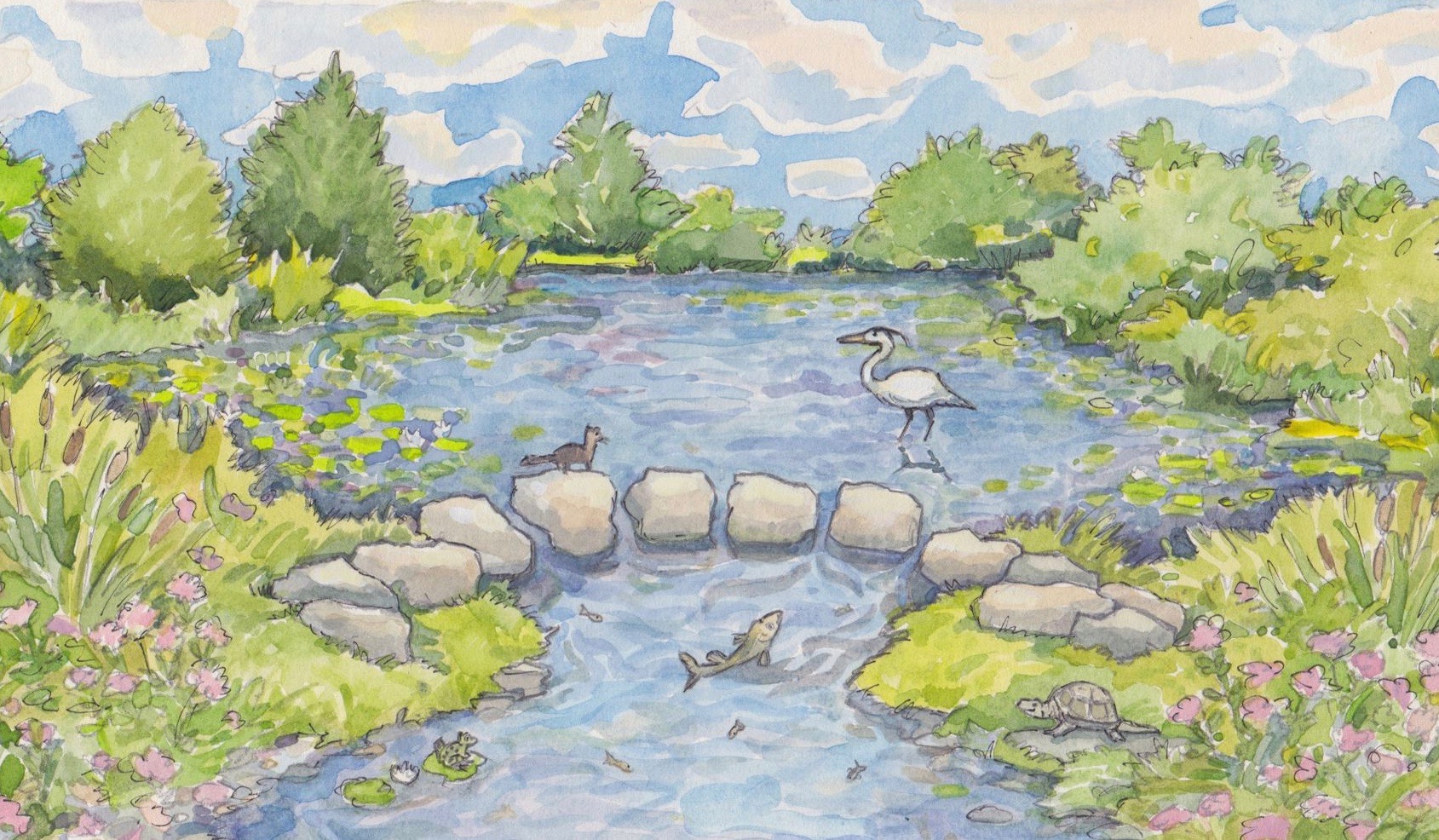 This illustration by Linda Hendry depicts what the future boulder cross vane at the head of the east branch of the Eramosa River will look like.   Submitted image

Officials say downstream property owners “were reassured by the model results that showed that the project will not pose an increase to the risk of flooding, due to its careful design.”

Anyone interested in contributing to the naturalization project can do so – and receive a charitable receipt – through EMERCA’s Canada Helps page.