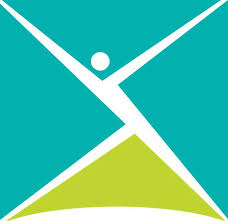 WELLINGTON COUNTY –  The Waterloo Wellington branch of the Canadian Mental Health Association (CMHA) and the Wellington County OPP have collaborated to create a new program, Support after Suicide.

As part of CMHA’s Here4Hope framework, the pilot project will support individuals and families bereaved by suicide in Wellington County.

The impact of suicide on those bereaved can be significant and lasting, yet it is often difficult to reach out for support after losing someone to suicide, officials say.

“Accessible, timely and compassionate support that focuses on the unique needs of those bereaved can help to foster resilience and hope in the face of tragic loss, and is the reason for the Support after Suicide program,” states a Sept. 9 press release from the CMHA.

The Support after Suicide team, which includes a mental health clinician, peer navigator and an OPP officer, offers bereavement counselling, grief groups, resources and referrals to other community supports.

The peer navigator brings lived experience with loss of loved ones to suicide, officials say.

The team can also provide education and support to workplaces, teams, congregations or community groups who have been impacted by a suicide loss.

With team members located in one of the Guelph CMHA offices, as well as the Fergus OPP headquarters, the Support After Suicide team is set up to receive referrals from Victim Services, directly from the OPP.

“Working within our communities, through outreach, education and ongoing collaboration, the Support after Suicide team aims to build support networks that can help to reduce the stigmatization of suicide,” states the release.

“Suicide postvention is prevention for now and future generations.”

The Support after Suicide program is funded through a grant from the Ministry of the Solicitor General.