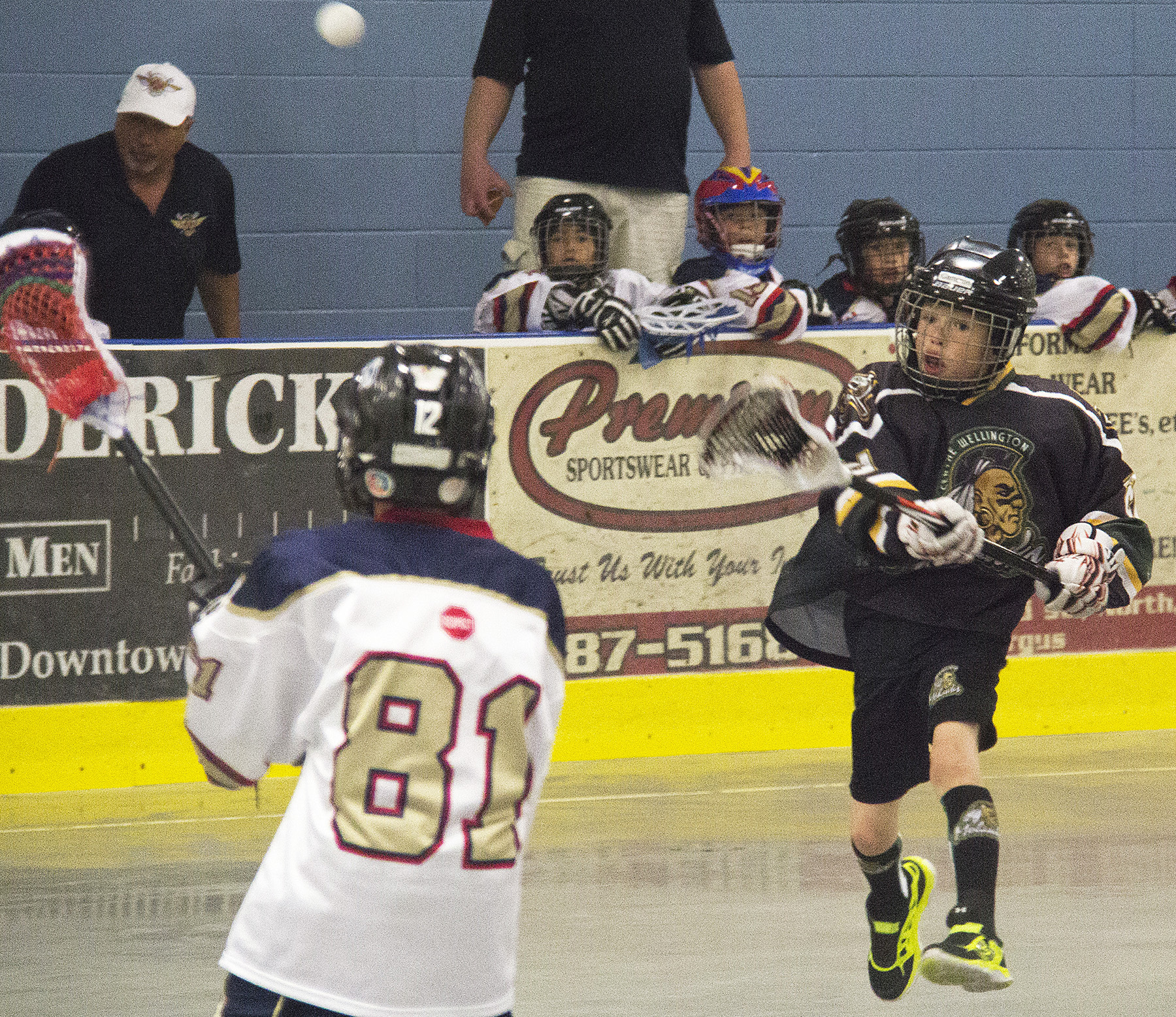 A CWMLA player competes in a lacrosse tournament in Fergus. Advertiser file photo

“We are a community-based organization so we want to be sure we have community input,” association president Nathan Joyes said in a March 1 interview.

A subcommittee of the CWMLA executive has come up with several suggested names but the organization also welcomes new ideas from local residents.

Members of the community are asked to email contest@cwmla.com by March 28 at midnight with their own suggestion for a team name or provide input on one of the following choices:

Officials hope to announce the new team name in April.

The league will draw three random prize winners from the entries received. One will receive a hoodie with the new name and logo, the second a T-shirt and the third a hat.

On Jan. 4, the CWMLA announced it was dropping its Mohawks moniker and logo.

“While our intent was always pure, we understand now that the Mohawk name and logo may no longer accurately reflect the honourable intention it originally had,” the league stated in a press release at the time.

“We would not want this to ever be an impediment to someone playing this great game, so it has been decided that an update is in the best interest of all members of the association.”

The CWMLA executive actually made the decision in November 2019 but kept the decision quiet while officials worked on the logistics of the change.

Joyes said on Monday the league has applied for a Trillium grant to assist with the significant cost of replacing jerseys for over 400 players.

While the league hopes to hear news on its application within a month or two, Joyes noted that not all players will likely be outfitted with new jerseys this season, due to financial reasons and logistical delays caused by the COVID-19 pandemic.

Asked about feedback received since the name/logo change was announced two months ago, Joyes said “it’s been pretty quiet.”

He explained the team moniker and logo is but one major change for the upcoming season, which will look decidedly different.

For starters, body-to-body and stick-to-body contact, both major components of the sport, will be prohibited this year due to provincial COVID-19 regulations governing organized sports.

But CWMLA, which had some experience with a “hybrid” game last season, including a move outdoors, has a plan in place and will be ready for the start of the 2021 season, Joyes said.