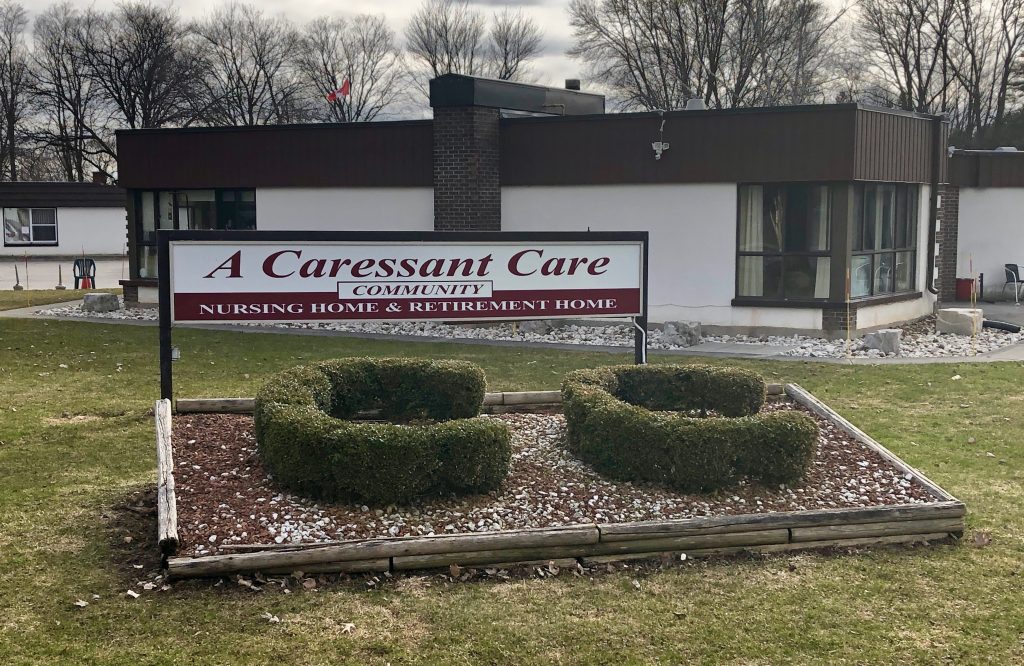 Over a month after a provincial deadline to install air conditioning in every resident room, Caressant Care's Harriston location remains non-compliant. A spokesperson blamed a scheduling conflict and supply chain challenges for the delay, and said the nursing home expects air conditioning installation to be complete by the end of August. Advertiser file photo

HARRISTON – For close to 50 days, the Caressant Care long-term care home in Harriston has gone without meeting a provincial requirement for all residents’ rooms to be outfitted with air conditioning.

The Ministry of Long-Term Care (MLTC) gave home operators 82 days to install air conditioning in all resident rooms, having passed legislation in 2021 before properly informing operators of the new requirement on April 1, with a June 22 deadline.

The for-profit nursing home is the only one of eight total homes throughout the county to be non-compliant at a time when temperatures have crept over 30 degrees Celsius, and humidex values have neared 40, provoking local heat warnings and increasing the risk of illnesses such as heat stroke.

Of the 46 rooms currently occupied by 73 residents at the Harriston nursing home, none have working air conditioning.

Echoing similar explanations given by other non-compliant homes throughout the province, Caressant Care spokesperson Stuart Oakley stated in an email to the Advertiser that “a scheduling conflict with the contractor,” along with supply chain challenges, led to the home’s failure to meet the June 22 deadline.

The heating and cooling company did not respond to an email from the Advertiser seeking to verify the spokesperson’s statement.

Media reports and MLTC statements have revealed 90 homes were without completed air conditioning throughout the province a month after the deadline passed.

In an emailed response to the Advertiser, MLTC senior issues and media advisor Tania Eckstrom stated “some homes continue to face challenges meeting these requirements, largely due to global supply chain issues, and in some cases, due to complex structural challenges, such as [a] lack of electrical capacity.”

The same explanation for the delay was shared by Ontario Long-Term Care Association CEO Donna Duncan, who stated in a July 21 social media post, “Many of the homes are older and have a lack of electrical capacity or other structural issues … and supply chain issues are affecting everything …”

Maxfield, who is also a personal support worker, also said non-compliant homes are “bad operators” and advocated for “immediate action.”

“Seniors have already paid the price, and more will suffer without immediate access to air conditioning. This is not the time for the government to continue to be absent,” Maxfield said.

In his email, the Caressant Care spokesperson admitted the Harriston nursing home was non-compliant, but followed the admission by saying the home was “in compliance with [provincial] air temperature requirements.”

Oakley explained that air temperature measurements are taken daily in each room (he did not specify at what time) and are reported to the province.

“Temperature monitoring reports” are reviewed by the MTLC, Eckstrom confirmed.

As of Aug. 5, temperature readings had not reached above 26 degrees Celsius, according to Oakley.

“In fact some residents are using our warm blankets as they are complaining of being cold,” Oakley stated.

“So, our residents are not really impacted with the temperatures.”

He said installation was completed in around 11 rooms as of Aug. 5, but none of the units were yet running.

“None are operating until all the work is completed, and we are hopeful that will be by the end of August,” Oakley said.

Eckstrom stated long-term care homes must meet regulatory standards — acknowledging that Caressant Care’s Harriston location had failed in that regard — and added “we expect them to get it done as soon as possible.”

Eckstrom failed to answer a specific question about the consequences for failing to meet the provincial deadline, and responded instead with a 53-word paragraph about inspections and non-compliance in general.