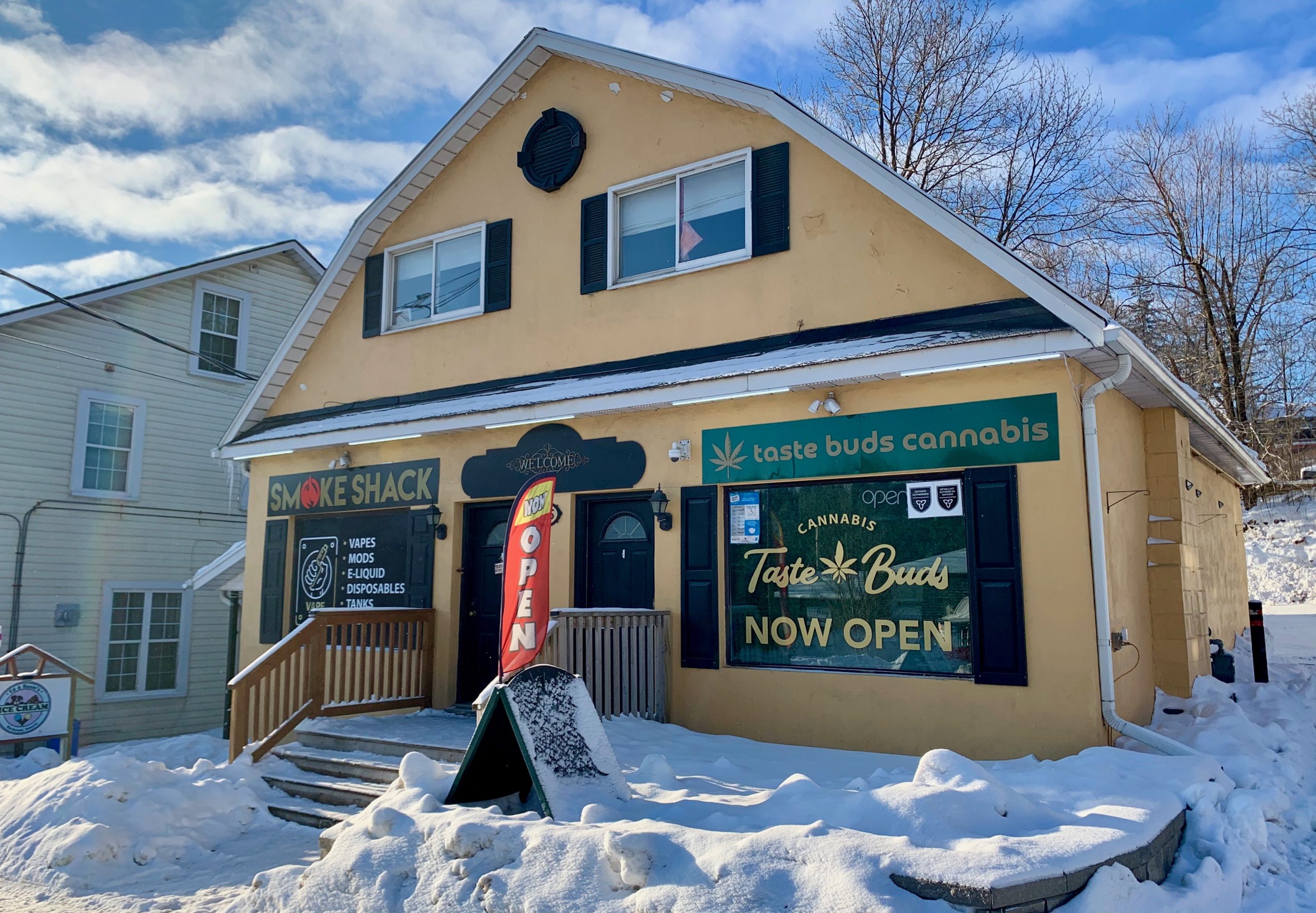 The cannabis industry appears to be growing in Wellington County. Rockwood, for example, currently has one store, Taste Buds Cannabis, right, operating on Main Street, and the Alcohol and Gaming Commission of Ontario has received an application for a second store in the village, also on Main Street. Photo by Paige Peacock

WELLINGTON COUNTY – The retail cannabis industry across Wellington County is beginning to grow as more municipalities opt in to host the businesses.

Crystal Ellis, director of economic development for Wellington County, said there are six retail shops operating in Wellington, but the county doesn’t have data on how many people are employed in the cannabis sector.

Stores are currently located in Rockwood, Morriston, Mount Forest and Arthur, and Ellis said a few more are expected to open in the future in Erin and Harriston.

Municipalities that have opted in to host cannabis retail locations include: Guelph/Eramosa, Puslinch, Wellington North, Minto and Erin. Mapleton and Centre Wellington have not opted in.

“In general, new stores create local employment opportunities and many of these stores are in downtown areas – this is positive for property owners who are able to lease the spaces,” Ellis said of the benefits of having local cannabis retail available in the county.

The following applications have been submitted to the Alcohol and Gaming Commission of Ontario (AGCO) for cannabis stores in the county:

The public commenting period for the above stores has ended, with the exception of VIP Cannabis Company in Harriston, which has not yet reached the public notice stage.

The following six stores have already received AGCO authorization and are currently open:

“The AGCO has maintained a rigorous licensing and eligibility review process for all cannabis retail stores,” AGCO senior communications advisor Raymond Kahnert wrote in an email to the Advertiser.

Before issuing a licence to any operator, Kahnert said the AGCO undertakes a comprehensive assessment of the applicant and all interested parties, including police and background checks.

“The AGCO will only license applicants who meet all legal and regulatory requirements to ensure that all cannabis and cannabis-related products are sold safely, responsibly and in accordance with the law.”

According to the AGCO, there are two stages to the authorization process:

“They all have a fairly small footprint but they are open extended hours so I would say a minimum of 12 to 15 jobs would have been created,” Small suggested.

He added he’s not aware of any complaints with the retail shops.

“Our zoning bylaws took care of distance from schools, etc. and the AGCO closely regulates the construction and security elements,” he explained.

“So I think from a retail perspective they are well controlled and monitored and the community has come to accept them.”

Guelph/Eramosa CAO Ian Roger said he recalled the township receiving one complaint when one of the retail locations was getting set up but hasn’t received any since then.

“They’re all in the central business district, not near the schools or anything else in accordance with provincial requirements, so there hasn’t been an awful lot of comments come our way, for or against the stores,” Roger said.

The Advertiser also contacted Health Canada for information on growing operations in Wellington County but did not hear back by press time.

*This article has been updated from an earlier version that incorrectly listed a vape shop in Rockwood as a cannabis store. That version also omitted the cannabis store in Morriston. The Advertiser regrets the errors.