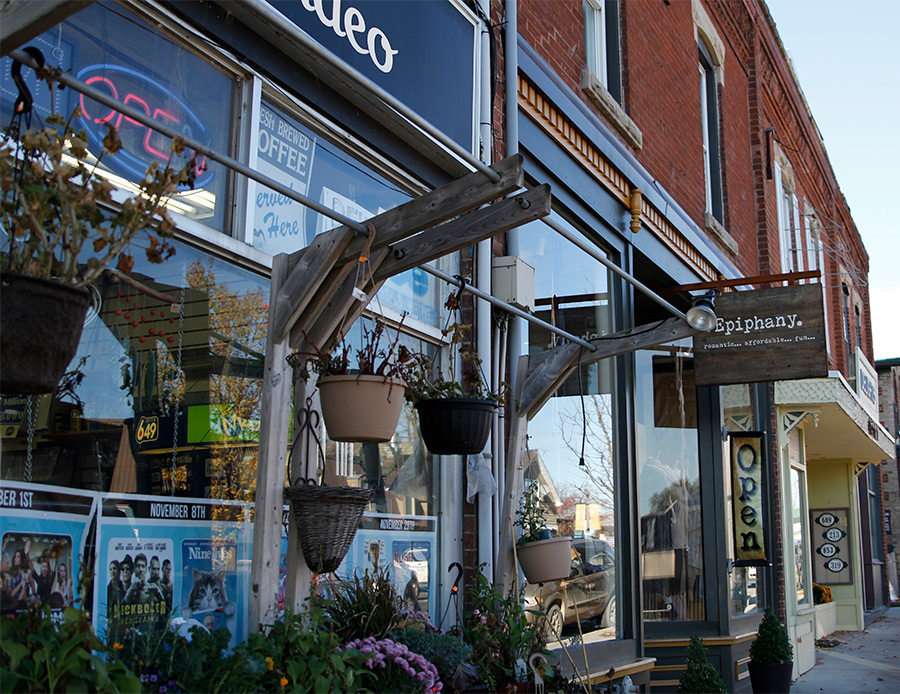 ERIN — The Town of Erin may be getting a cannabis store.

“What we are really trying to do is create a safe and educational environment for purchasing tested and regulated cannabis,” said Eady at the Feb. 2 meeting.

He added, “Our goal is to create something that is inviting for elderly people and for people in their 20s – a store that is really about education and sustainability.”

Eliminating the elicit market and making it safe and comfortable for locals to purchase cannabis products is the goal, added Caruso.

“We’ve seen, from when I started, that price come down per gram considerably; now we’re in line (with) if not more competitive than the illicit market,” he said.

“That’s a benefit to consumers – they are getting safe, tested, regulated product, over getting a bag from some person somewhere.”

“I do want to commend you on the look and feel of your stores, it is contrary to the mental image I have of cannabis type stores,” Robins said.

Mayor Allan Alls questioned if Erin was a big enough town to make the investment worthwhile for the company, to which Eady said he thinks Erin is the perfect fit for their store.

Council agreed to further discuss the idea and bring it forward at the next meeting.

In late 2018, after the federal government legalized cannabis, Erin council voted unanimously to not allow cannabis stores in the municipality.

Centre Wellington and Mapleton also opted out of hosting pot stores, while Minto, Wellington North, Guelph-Eramosa and Puslinch opted in.

According to the province’s rules at the time, municipalities that opted out could opt back in later, but those that initially opted in could not change their mind.

An online Erin survey completed in 2018 showed 43.3 per cent of respondents were strongly opposed to allowing cannabis stores and 6.3% were somewhat opposed. There were 30.5% strongly in support and 17% somewhat in support.

When asked about obtaining cannabis, 49.6% said they would not use it, 7% would order it from the Ontario Cannabis Store website, 35.8% would prefer a legal, private retail store and 7.7% would grow their own.

There are currently no cannabis shops in Wellington County, but two applications have been submitted to the Alcohol and Gaming Commission of Ontario (AGCO):

The public commenting period for the Arthur store ended on Dec. 4, while the AGCO website lists the Rockwood application as “in progress,” which means the commission has received an application.

There are 19 AGCO applications at various stages of the process for Guelph cannabis stores and 16 in Waterloo.