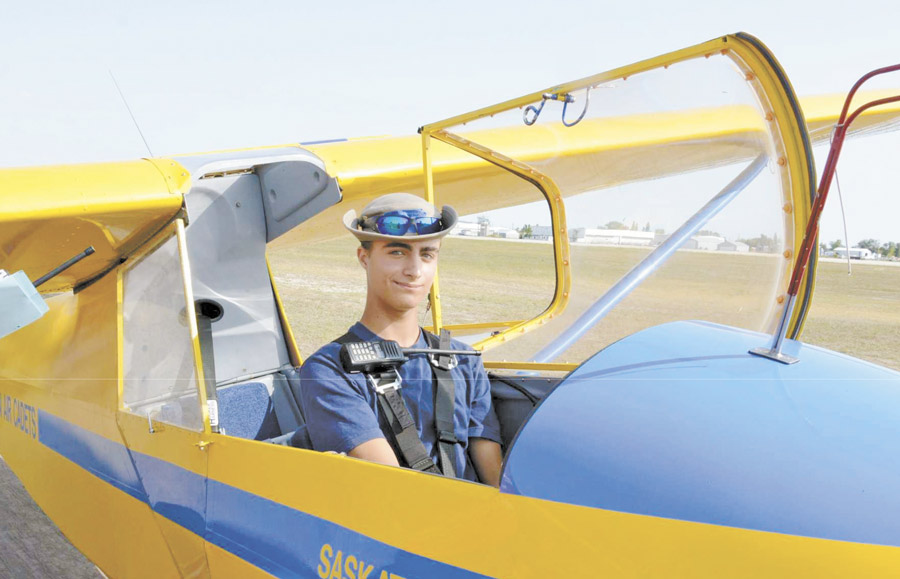 A resident of Orangeville, Flight Sergeant Dutto is in his fifth year of the Air Cadet Program and is a member of 242 Ross Ferguson Squadron in Erin.

He has been in Manitoba since early July training to become a fully qualified glider pilot.

Gimli is the historic home of the British Commonwealth Air Training Program.

During World War II, thousands of allied aircrew members came to Gimli and other locations in Canada to learn the skills that they would use when serving with Commonwealth Air Forces in various theatres of war.

Today, Gimli continues to serve as the training ground for a new generation of aviators.

Many youth from the Erin area are continuing to gain opportunities thanks to their hard work in the Royal Canadian Air Cadet program.

Earlier this year, Erin cadets went to Trenton to learn about careers in the Canadian Armed Forces, and to Juno Beach in France to commemorate the 75th Anniversary of D-Day.

Over the summer, members of the squadron have travelled across Ontario, as well as to Quebec and Manitoba, to take part in a wide variety of training courses offered through the program.

In total, 13 cadets received training at no cost to their families, including all travel, accommodations, uniforms and meals.

The squadron provides a variety of interesting and exciting opportunities for young people between the ages of 12 and 19.

There will be an open-house on Sept. 3 and the squadron is always willing to accept new members.

Regular meetings begin at 6:45pm on Tuesday evenings at the Erin branch of the Royal Canadian Legion, 12 Dundas Street in Erin.