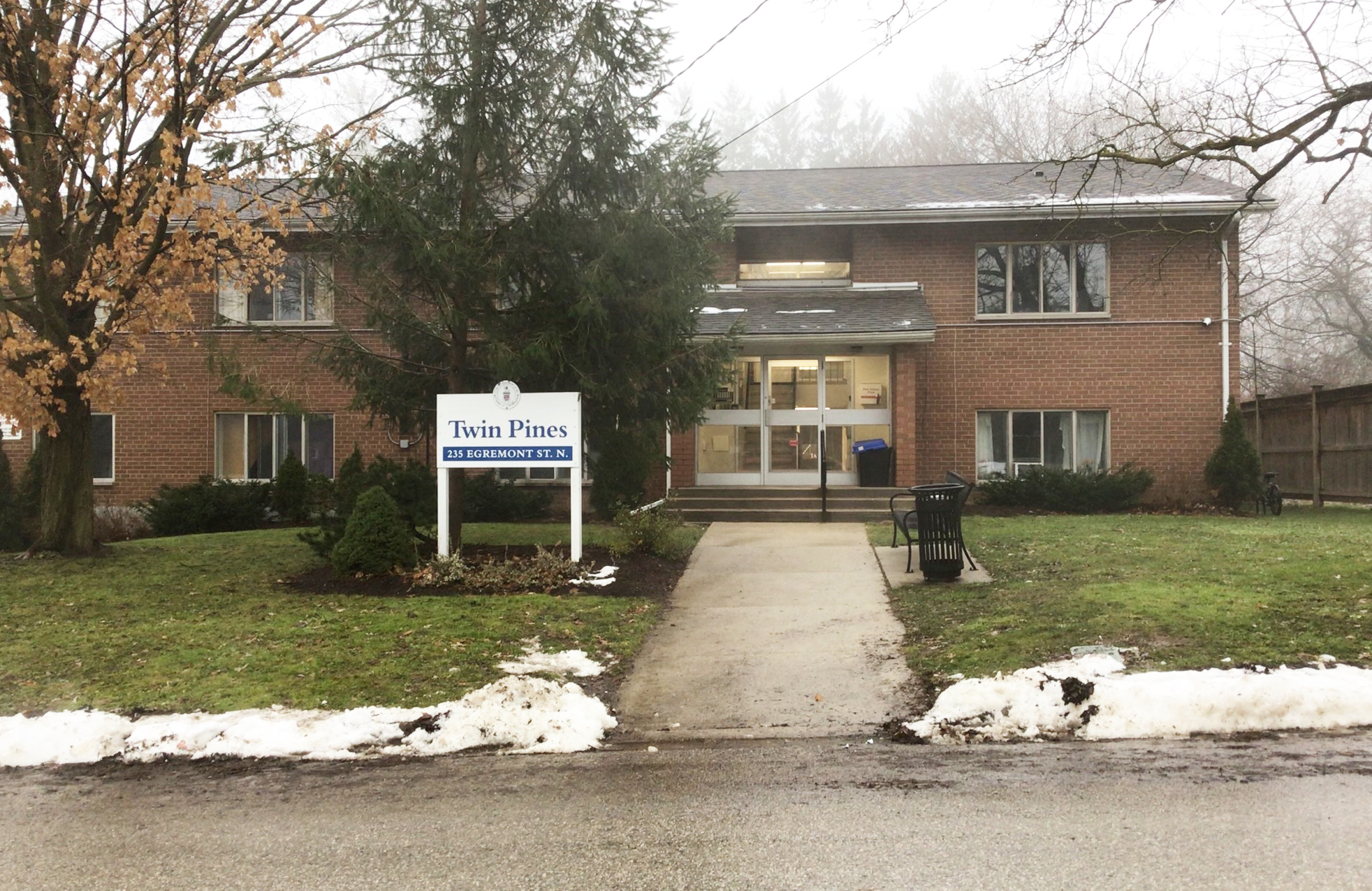 This building on Egremont Street North in Mount Forest was evacuated on Nov. 25 after a suspicious package was found in the building.
Photo by Crystal Seifried

MOUNT FOREST – An apartment building here was evacuated after police received a report of a suspicious package.

Wellington County OPP officials said the call came in at about 8:40am about a package at an 11-unit affordable housing complex on Egremont Street North, which is operated by the County of Wellington’s social services department.

“It was reported that a suspicious package was observed by the front door of the apartment building,” stated a press release from OPP spokesperson Cheri Rockefeller.

“Police with the assistance of Wellington County Housing evacuated the residents from the building and they were relocated to the warming centre which was set up at the Mount Forest and District Sports Complex.”

In an tweet earlier in the day, at about 11am, Rockefeller noted there were no injuries to report and advised residents to avoid the area.

In the press release, sent just after 2pm, she explained the OPP Explosive Disposal Unit “is enroute to the scene to dispose of the package.

“There is no other known risk to public safety at this time and more information will be released when it becomes available.”

A resident confirmed to the Advertiser they were advised they could return to the building shortly before 2pm. He said no other information was provided to residents.

Kim Cayer, another resident, said she was woken up by police that morning and told to immediately evacuate.

She noted the incident is just the latest in an almost-daily list of disruptions for residents of the building, who have dealt with drug use, theft, loud noise and non-residents sleeping in the lobby of the building, among other issues.

She added some residents have filed complaints with the OPP and the county, but to no avail.

He added the investigation is ongoing.

Police are asking anyone with information about the suspicious package to call the OPP toll free at 1-888-310-1122 or on line at www.opp.ca/reporting.

“OPP want to remind anyone who may come across a suspicious package – not to handle it … keep a safe distance – and call police immediately,” states the OPP press release.