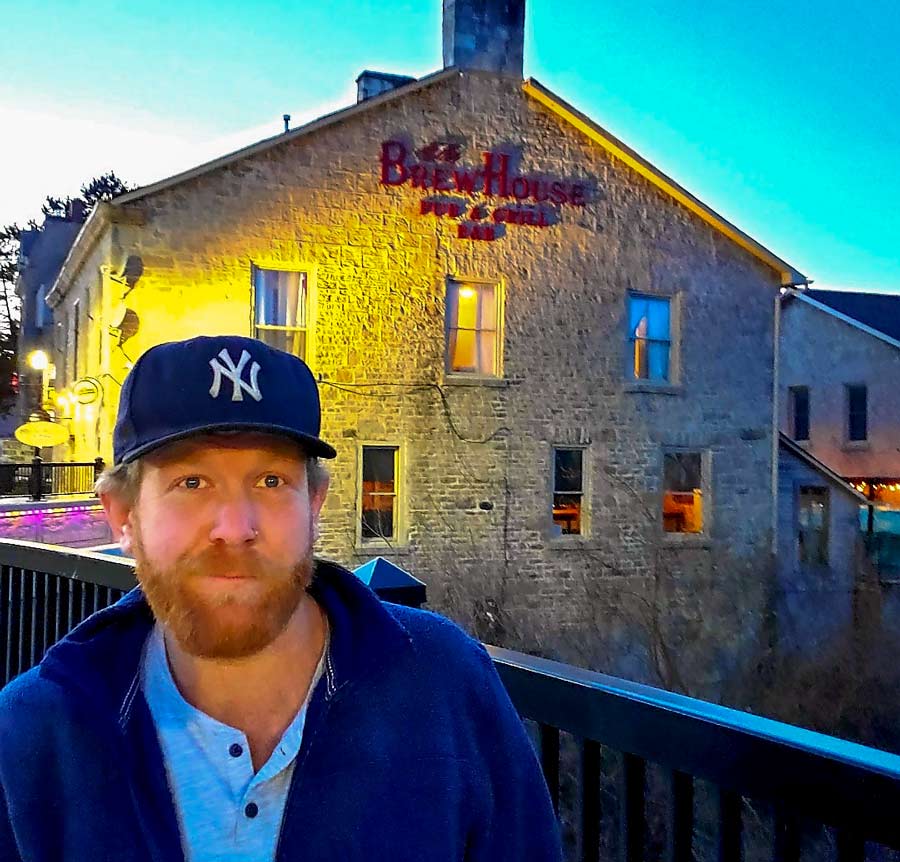 Denis Craddoch, owner of the Brew House on the Grand in Fergus, is offering free takeout meals on Christmas Eve to thank the community for its support during a difficult year. Submitted photo

FERGUS – The Brew House on the Grand hopes to “pay it forward” and spread some good cheer as Christmas approaches.

Out of gratitude for their loyal customers, who have helped to keep the restaurant afloat during this difficult pandemic year, the restaurant is offering free takeout turkey dinners on Christmas Eve.

There will also be a vegetarian option.

“It’s been a difficult year,” said general manager Denis Craddoch in an interview on Dec. 8.

“But we’ve been fortunate compared to others in the community. It’s because of the support of the community that we’ve survived.”

Craddoch said it’s been a roller coaster of a year, noting the early stages of lock-down were bad but patio season was good.

There’s still eat-in dining but capacity is reduced to 32 guests.

And while takeout used to comprise about two per cent of its business, it now makes up about 60% of sales, he said.

Craddoch said the government rent subsidy has helped keep the business afloat, as have some local measures.

So to share the good fortune, and cement a place on Santa’s “nice” list, the “brew crew” will be serving up some free fare.

From now until Dec. 24, the restaurant will match every meal from a select take-out menu with a Christmas Eve turkey dinner.

Doors will be open from 4 to 8pm on Dec. 24 until the restaurant runs out; any leftover meals will be donated.

“Since March 17th, this local population has shown us nothing but love and for that we will forever be grateful,” Craddoch posted on social media.

“Never before have we seen individuals come together, while staying apart, in such a heartwarming way.

“We’re so proud to be a part of this wonderful community.”