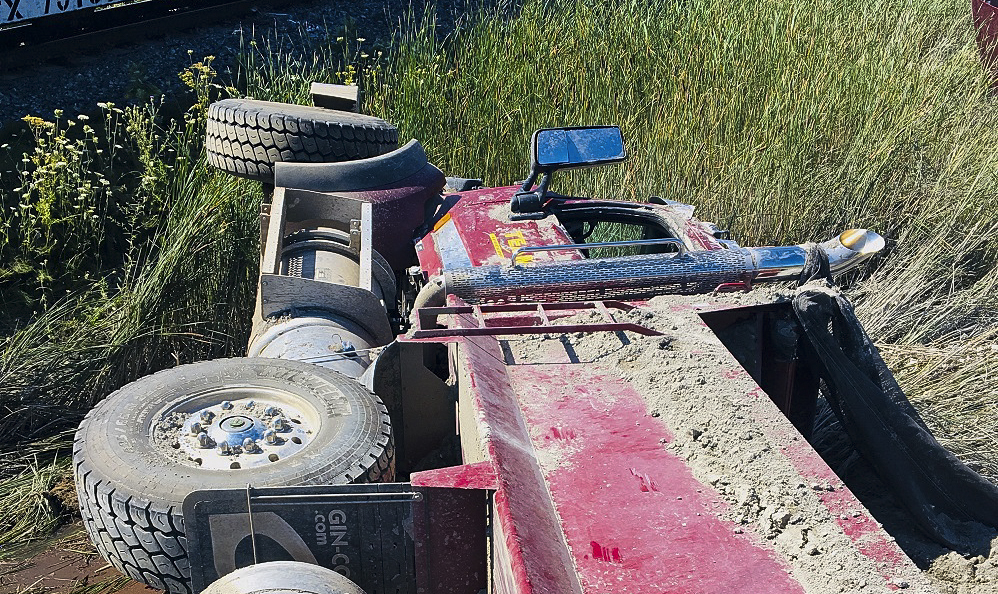 A 25-year-old Brampton truck driver is charged after investigation into a dump truck train collision in Puslinch on Aug. 14. Submitted photo

PUSLINCH – Following an investigation into the August collision at a train and a dump truck at railway crossing on Concession Road 7 here, police have charged 25-year-old Harman Singh Pabla of Brampton, driver of the dump truck. 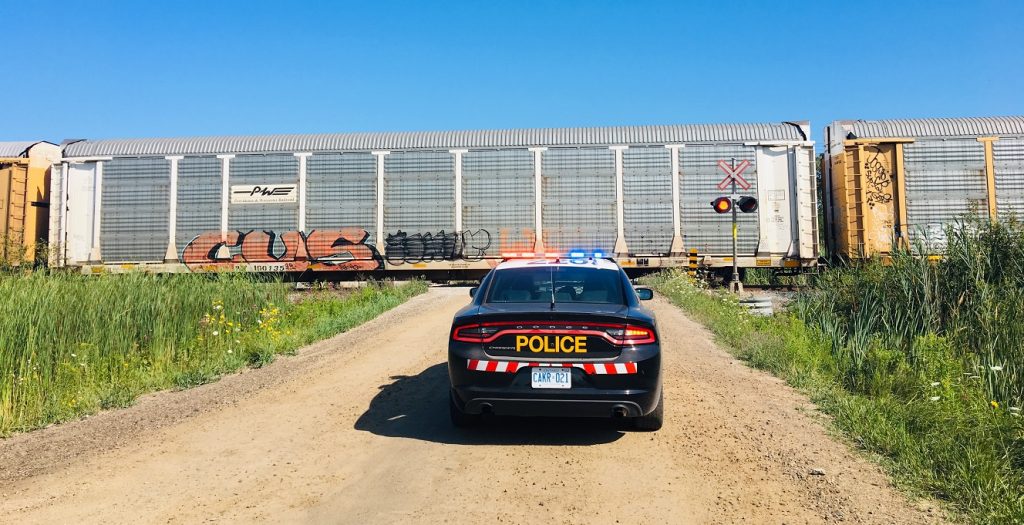 On Aug. 14, 2019, at about 8:30am Wellington County Ontario Provincial Police (OPP) responded to the railway crossing following a report that a west bound train and a north bound dump-truck had collided.

Puslinch Fire Department and Guelph-Wellington Paramedics Service responded. The male driver of the dump truck was transported to local hospital with non-life threatening injuries. No other injuries were reported. 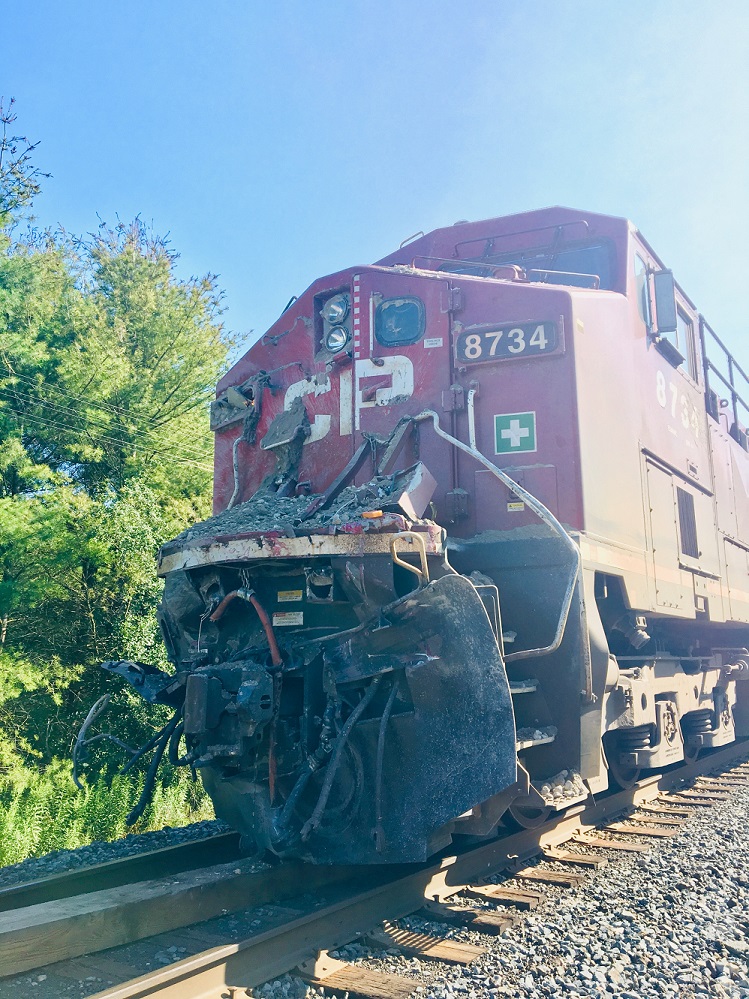 The collision was investigated by both the OPP and CP (Canadian Pacific) Police Service are investigating the cause and traffic through the area has been delayed.

Pabla is charged with Disobey Traffic Sign and Careless Driving and  is scheduled to appear in Guelph at the Ontario Court of Justice – Provincial Offences Court on Oct. 16.