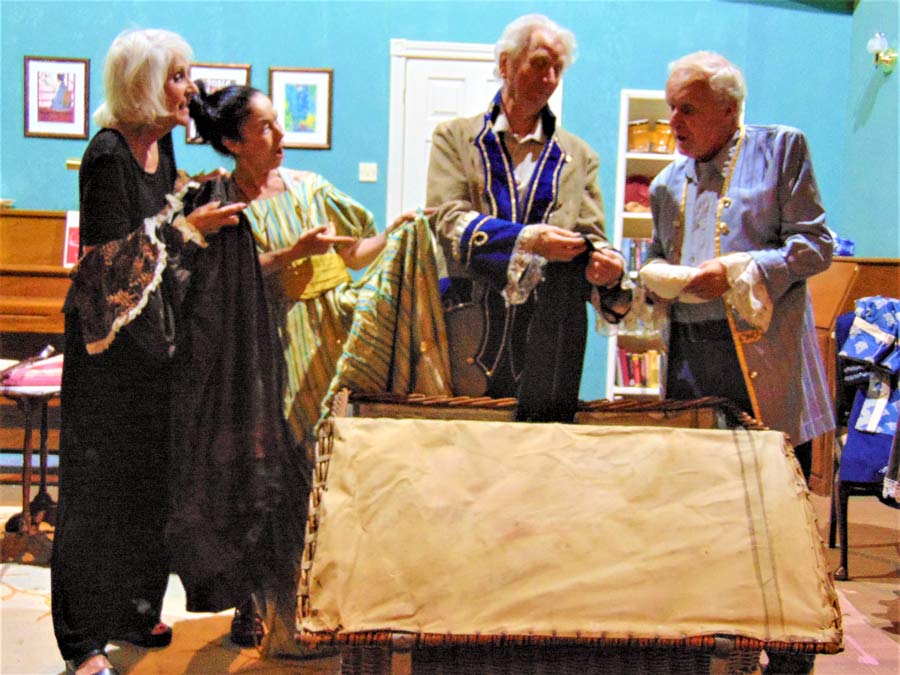 Comedy show - Four aging opera singers get ready for a performance with a difference, in Quartet, at Century Church Theatre in Hillsburgh from Sept. 6 to 15. From left: Liz Poulton, Brigida Scholten, Neville Worsnop and Wayne Moore. Submitted photo

HILLSBURGH – Century Church Theatre in Hillsburgh is opening its new season with the heartwarming comedy Quartet, by Ronald Harwood.

The play centres on aging opera singers coping with reduced circumstances and fading vocal powers in a retirement home.

Their voices may not be what they once were, but their spirit shines through.

Each one guards a secret, as staid and serious Reggie has eccentric outbursts, Wilf flirts outrageously with the not-quite-with-us Cissy, and Jean threatens to ruin everything with her stubborn, diva attitude.

As the secrets are laid bare, the play builds to a conclusion that is sheer joy.

Poignant, yet laugh-out-loud funny, this play is a must-see, theatre officials say.

“As part of our 20th anniversary celebration, we looked for one play from our past to repeat,” said director Jo Phenix.

“This was the one we most wanted to bring to a new audience.”

Harwood has always had a fascination with the stage and its artists.

His most famous play, The Dresser was based on his own experiences as dresser for Sir Donald Wolfit.

He is the recipient of dozens of awards, including an Oscar and a BAFTA (the British equivalent), as a playwright and screenwriter.

Quartet was nominated for the Laurence Olivier Award for Best New Comedy in 2000, and Century Church Theatre presented its first professional production in Canada in 2009.