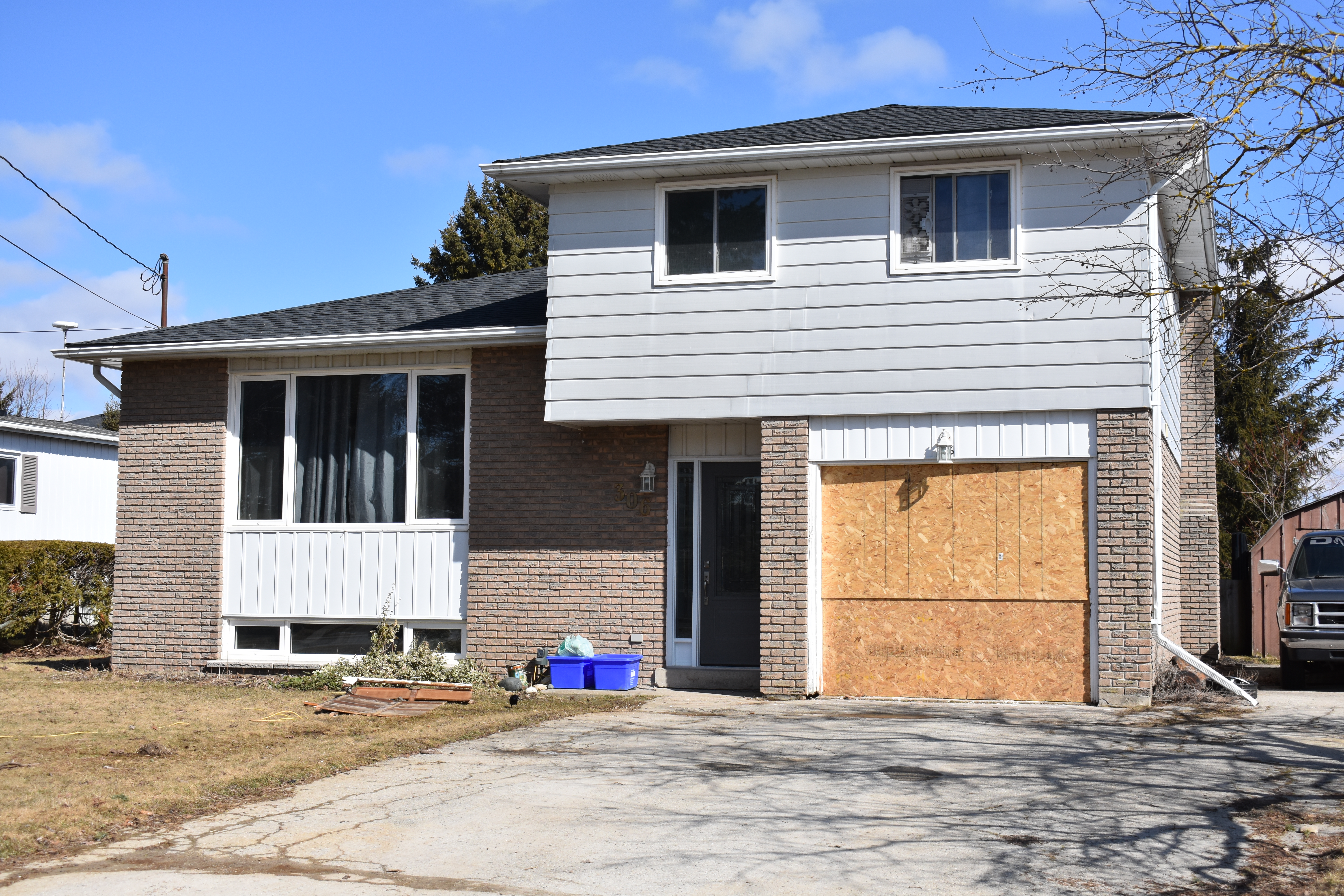 A garage fire at this Domville Street house in Arthur on March 21 caused about $40,000 in damage. Photo by Kelly Waterhouse

ARTHUR – A garage fire here on Saturday caused about $40,000 in damage, but firefighters got the blaze under control before it spread to the attached home.

“But the garage is pretty well done.”

Guilbault told the Advertiser firefighters arrived at the two-storey Domville Street house shortly before 2pm to find smoke coming from the garage.

About 19 firefighters from the Arthur and Mount Forest stations responded, after the homeowner reported the fire.

All members of the family and a dog were able to get out of the house, but firefighters had to rescue a cat and provide it with oxygen.

“Within hours she was back to normal,” said Guilbault of the family pet.

Firefighters had the blaze under control relatively quickly and cleared the scene by 3:30pm.

“They did a good job,” the chief stated.

There were no injuries, though Guilbault said one person was treated on-scene as a precaution.

There was minor smoke damage in the house and Guilbault said the cause, likely accidental, is not yet determined.