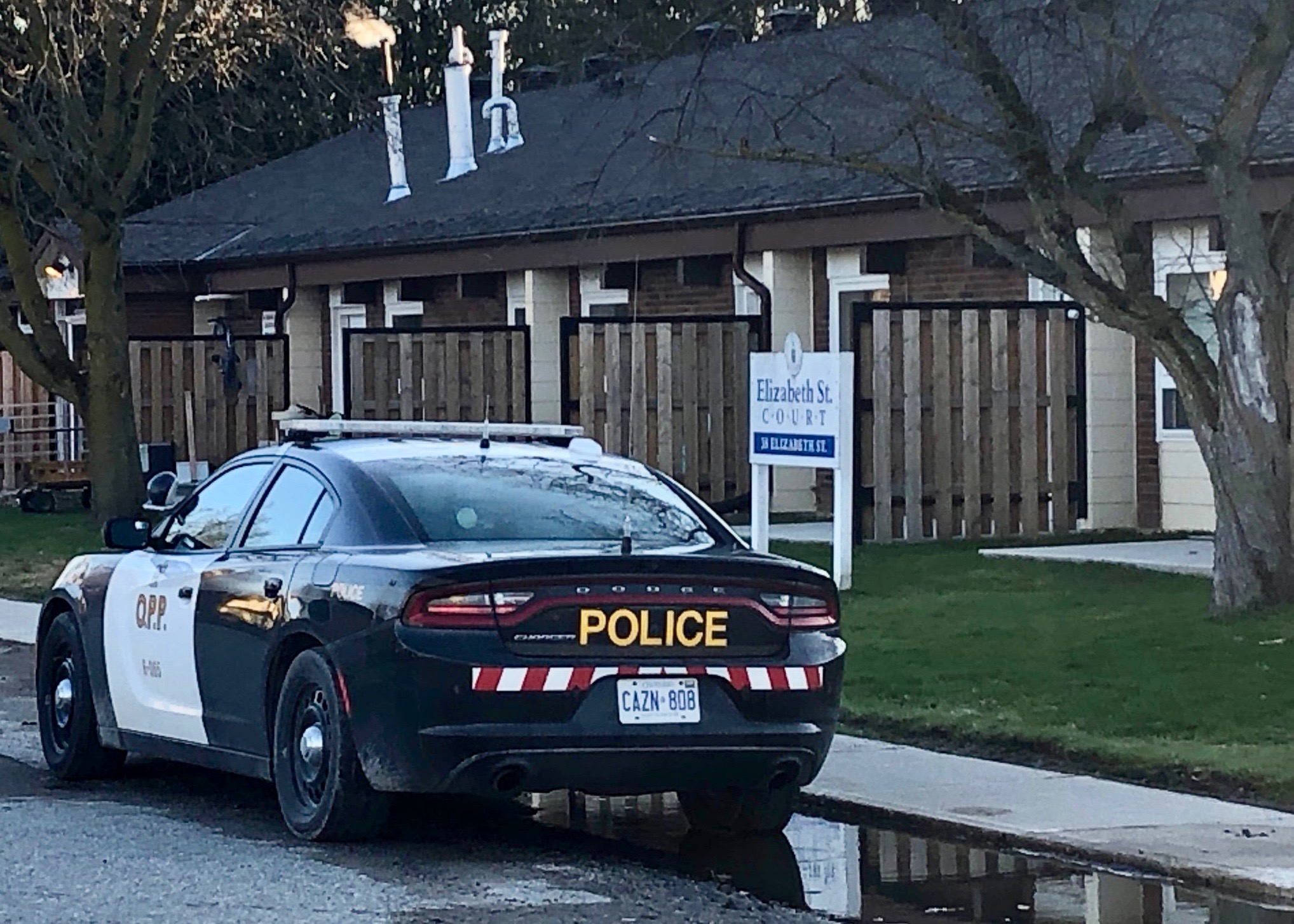 This apartment complex on Elizabeth Street in Harriston was evacuated after police found a suspicious package on April 19.
Photo by Patrick Raftis

HARRISTON – An apartment complex was evacuated and a local man arrested after police discovered a suspicious package here on Sunday afternoon.

“Police gained entry to the apartment and arrested an individual without incident,” police stated in a press release.

“Further investigation revealed the presence of a suspicious package. The OPP Explosives Disposal Unit (EDU) and members of Canadian Forces Base Borden attended the scene to remove the package for analysis and disposal.”

Police say the package “was later shown to be inert.”

Officers seized a BB gun, “a quantity of firearms ammunition and illicit drugs” from the apartment, police added.

Steven James Wright, 57, of  Harriston, is to appear in bail court via video link on April 23.